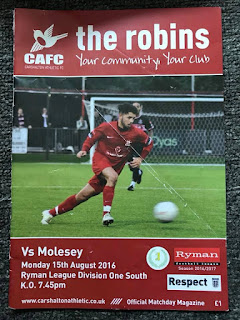 Tonight I was on the hunt for some Monday night football which only meant more groundhopping. I am going to go and watch Sutton United v Torquay United tomorrow night (Tuesday) but I was eager to do some groundhopping tonight as there was two games that I could go to tonight, Carshalton Athletic v Molesey in the Ryman Division One South or Kingstonian v Hendon in the Ryman Premier. Now I have recently published a blog from when I went to AFC Wimbledon who ground share with Kingstonian so I decided that I would not go to that game as the blog would be very similar. So tonight I was off to a team which I am not a big fan of, Carshalton Athletic. 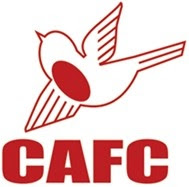 Carshalton have a fierce rival with Sutton United which is who I support so I knew that tonight I was in enemy territory tonight, but Carshalton were facing a team that I like which is Molesey. The reason why I like Molesey is because my dad was born in Molesey. I have not been to Carshalton`s ground for over a year. The last time that I was at Carshalton was when Sutton played a pre-season friendly last season against Carshalton which finished 1-1. 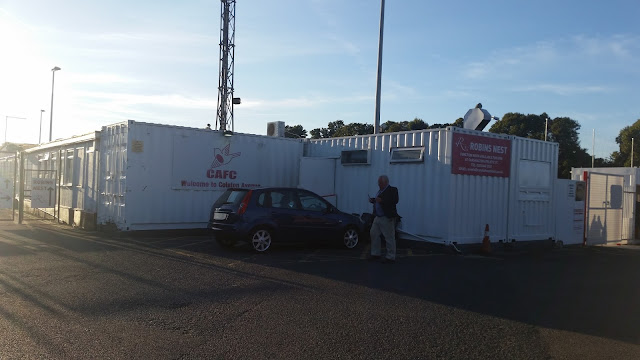 I was quite excited for tonight's game because I have been to Carshalton before but I was not doing this blog at the time which meant that when I started this blog, I knew that I would eventually have to return to Colston Avenue to tick this ground off my blog. So the plans for tonight was for me to have some dinner at my house at around 5pm and leave my house at 6pm. I would then walk to Morden and get the 157 bus to Carshalton High School For Girls and walk the rest of the journey and I would hopefully get to the ground for 7pm. Their was a slight problem for tonight's game and the problem was I had to be back home for 10pm which meant I would have to leave the game 15 minutes into the second half (60 minutes in) so I could get home for 10pm. I was not going to let this ruin the game so I was going to make the most of the game. 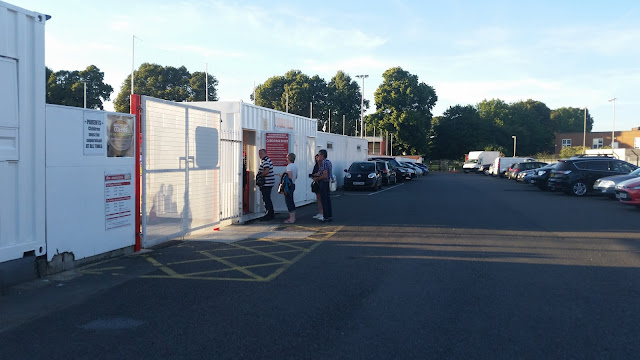 Carshalton Athletic were founded in 1905 but when the club was founded, they were originally called Mill Lane Mission. The club`s nickname is `The Robbins`. They play in the colours of red for their home kit. They currently play at the War Memorial Sports Ground which is just off Colston Avenue. The ground has a capacity of 5,000 and there is 240 seats. Carshalton currently play in the Ryman Division One South and they finished 10th in this league last season. The club has a fierce rivalry with Sutton United as they play in the same borough. Carshalton moved to the War Memorial Sports Ground in the 1920-21 season as the stadium was built as a memorial for the members of the club who lost their lives in World War One. 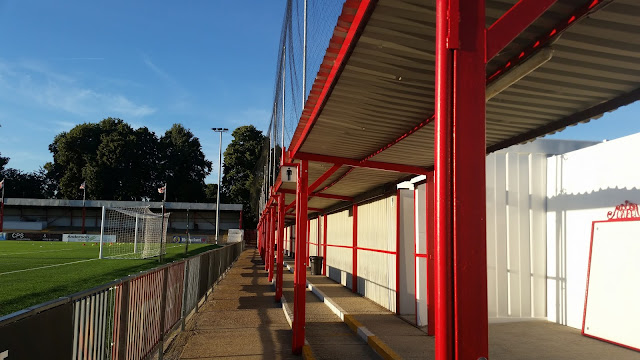 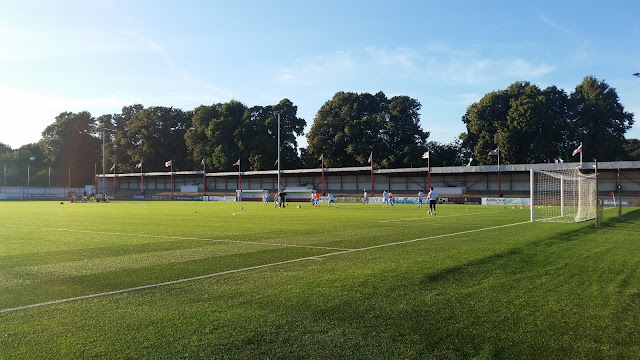 Colston Avenue is made up of mainly terracing. The main stand holds 260 seats and is one the side of the pitch which is where the bar, tea hut and club shop is located. Then opposite the main stand is a terrace which runs the length of the pitch. This terrace has England flags on the roof and is the biggest structure inside the stadium. Then behind one of the goals is a covered terrace which runs the width of the pitch. Then on the other side of the pitch is a small covered terrace called the Fred`s End which runs the width of the goal and the rest of the area behind the goal is open. Colston Avenue also has a 3G pitch which was installed last season (same as Sutton). 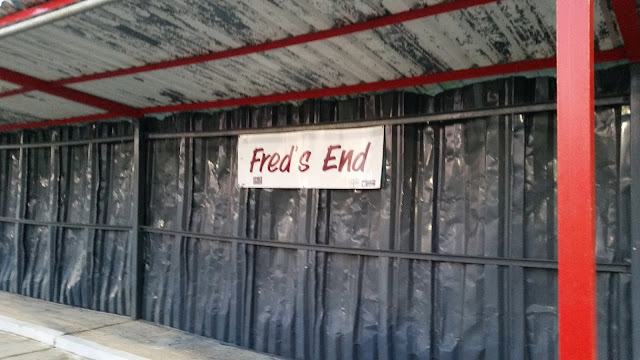 For this match, I was standing with the Molesey fans as I like Molesey and I do not like Carshalton as they are Sutton`s rivals. The game had both attacking moments for both teams. Carshalton went 1-0 up after being given a penalty which annoyed us all as we wanted Molesey to win. Both teams had some good chances but it was Carshalton who led at half time. 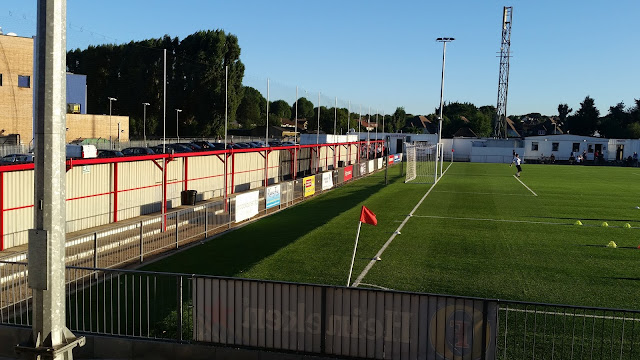 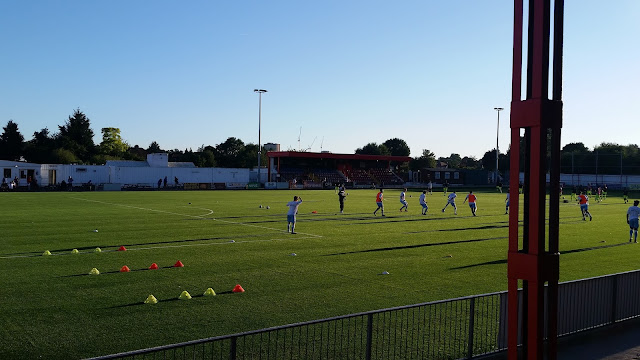 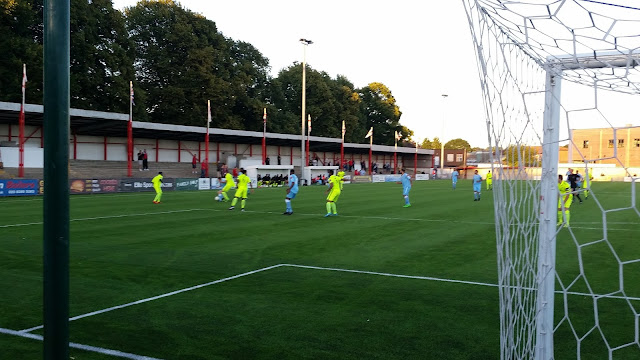 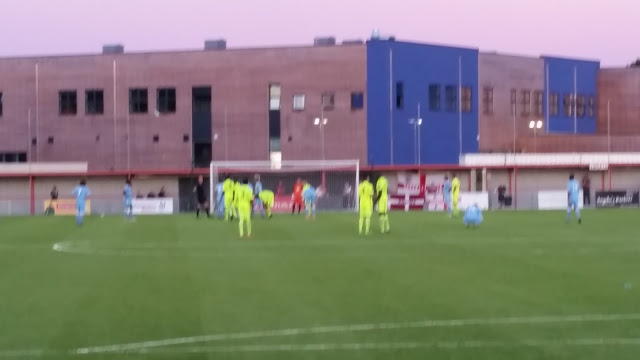 I headed home feeling quite disappointed as Molesey didnt win but I looked on the positive side of tonight which was I was able to meet up with some mates, see some goals, have a decent dinner at the ground and re-visit a ground that I needed to re-visit. I got on the bus and I finally got home at 10:30pm and I went straight to bed. I would suggest going to Carshalton as you will experience some decent football and it is a good ground to visit as a groundhopper and the food there is also quite good. 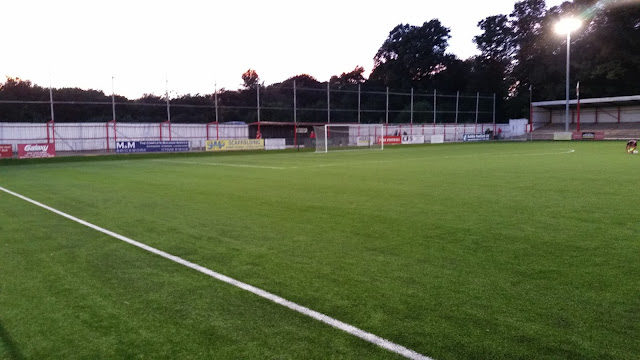 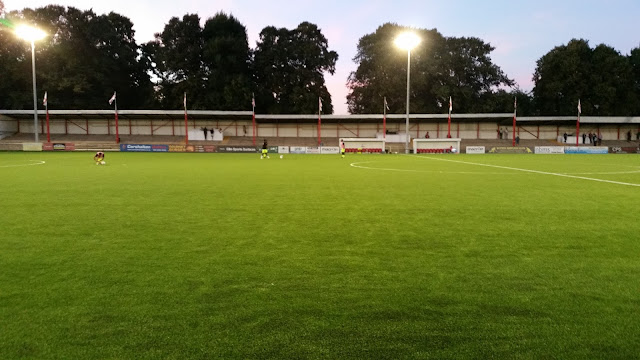 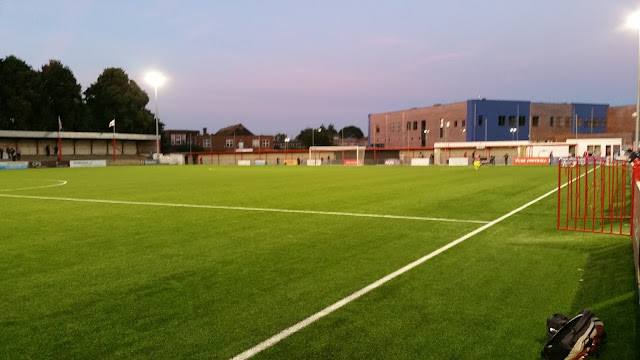 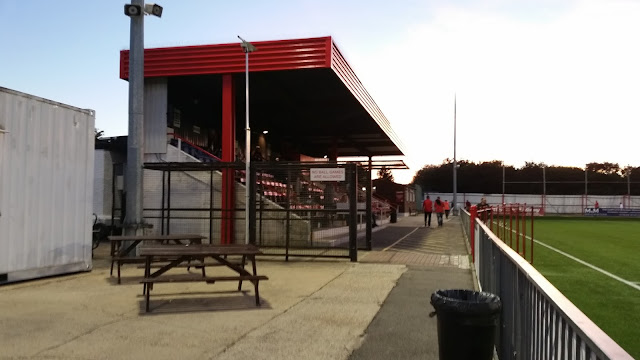 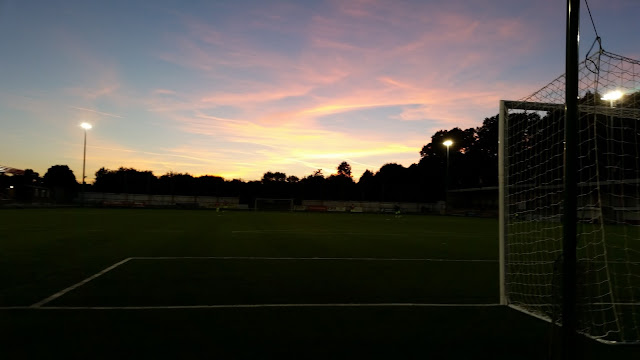 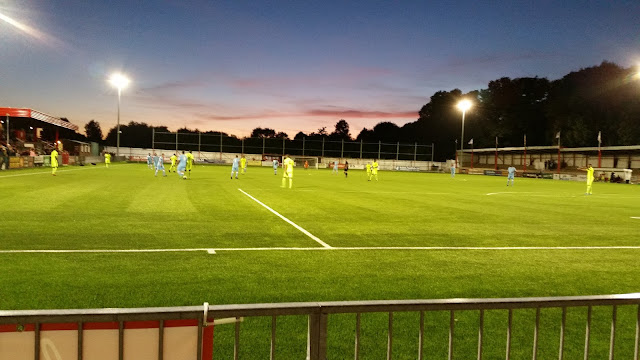 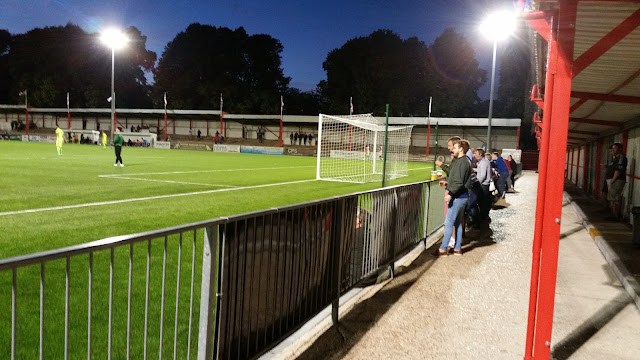