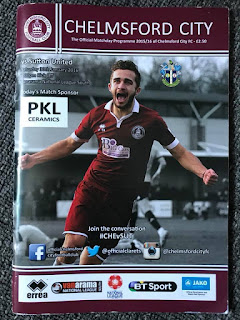 After watching Sutton for four seasons now as I started back in the 2012/13 season and ever since watching Sutton, I wanted to go to Chelmsford City and after nearly 4 years of watching Sutton, this trip was finally going to happen on a cold January afternoon in Essex. Chelmsford have very good support as they generally get around 800 on a home game but their stadium does let the club down as the pitch is surrounded by a running track but I was still excited for this game, after all I have had a 4 year wait for it. 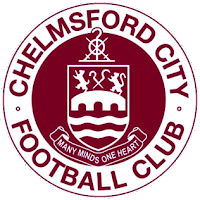 So the plan for today was to leave my house at 9am get the tube from Morden to Moorgate and then catch either the Hammersmith and City, Circle or Metropolitan Line one stop to Liverpool Street. We wanted to get to Liverpool Street for 9:45am. We would then get on the train from Liverpool Street at 10:38am and get to Chelmsford at 11:12am and then we would wait for my mate Johnnie and David who were catching their train from Stratford and we would take the 30 minute walk to the ground together. 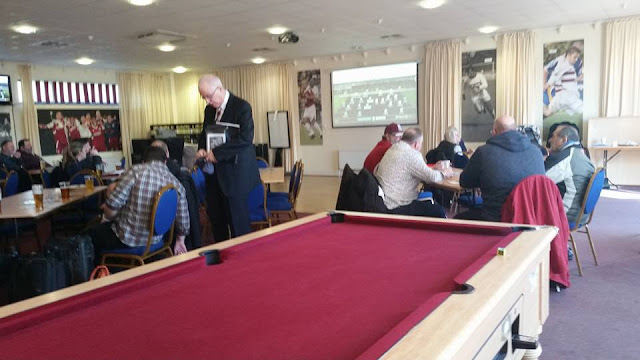 Chelmsford City were originally founded in 1878 but back then, the club was founded at Chelmsford F.C. Then in 1938, a new Chelmsford was formed which was names Chelmsford City F.C. and this is the club that we know today. The club have the nickname `The Clarets` as they play in claret and white for their home kit. They currently play at The Melbourne Stadium which has a capacity of 3,019 and it has 1,265 seats. The ground is an athletics stadium but the pitch is situated in the middle of the running track. Behind the goals are an covered terrace and a open terrace so the fans can stand behind the goal. In 1938 when the new Chelmsford City were formed, they were formed so the club could become a professional side. The original Chelmsford F.C. that was formed in 1878 was formed so the local lawn tennis and croquet club had something to do in the winter. The club only became a professional side so the club was able to join the Southern League back in 1938. The club has tried to enter the football league many times like Bath City but they have failed. Similar to Sutton, Chelmsford has played in the Anglo-Italian Cup in their history. 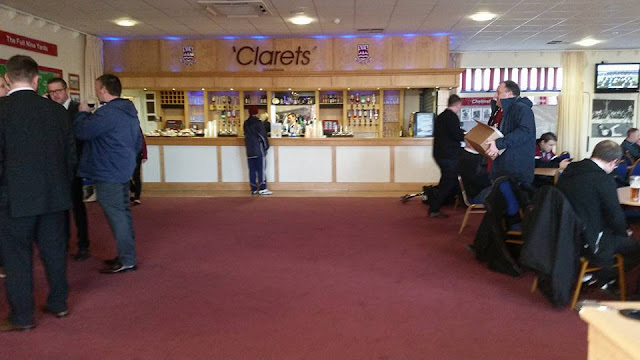 The morning of Chelmsford away had finally arrived after 4 years of waiting. I was so excited for this game I woke up at 5am and had a bath and breakfast before going on Football Manager as I was managing Chelmsford and I needed to complete the first season of me being in charge. I did try to got to Chelmsford in the 2013/14 and the 2014/15 season but the dates were to difficult for my dad to get off which meant I could not go which made me feel very disappointed. 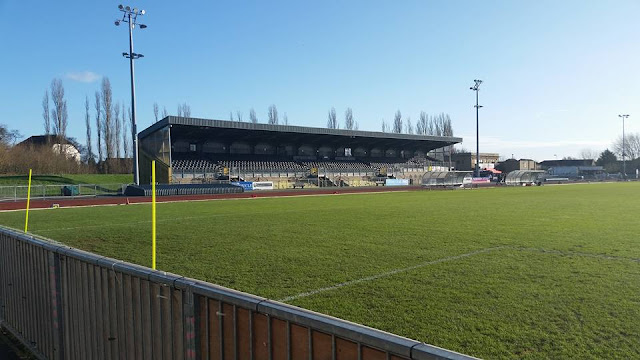 I did finish my season on Football Manager and I managed to win the league with Chelmsford and get to the FA Trophy final before my dad had even arrived at my house. My dad did finally arrive at my house at 8:30am and I checked whether we had everything and we left at 9am as planned. We then had a short drive up the road to Morden and we caught the Northern Line and stayed on until Moorgate. We then headed for the Metropolitan Line as it was a line that I have not been on for a long time and we caught the Metropolitan Line one stop up the rails to Liverpool Street which took only a few minutes. 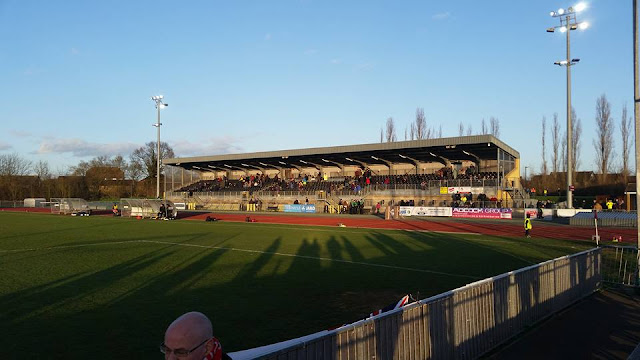 We then arrived at Liverpool Street at 9:53am which was a little bit later than we wanted to arrive but we headed straight for the ticket machine so we could collect our train tickets. We then headed out to go and get a McDonalds as my dad had not had breakfast and I got a sausage and egg McMuffin. Whilst we was in the queue in McDonalds, some Irish people asked me who the team was and we said Sutton and he said about the Conference so he had a good idea about the club and this made us feel quite proud to support Sutton as we were being recognised. 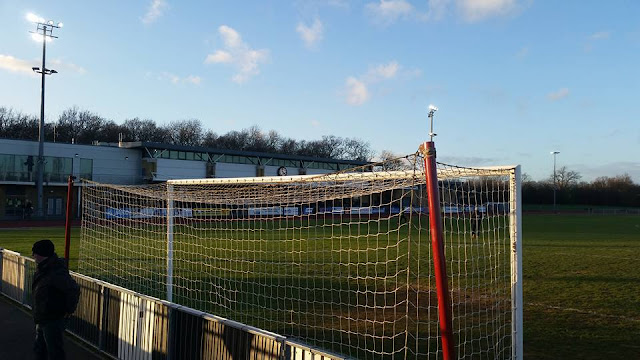 We then got on the train at 10:34am and we left at 10:38am. It is an easy journey to Chelmsford, there are no train changes and the train only stops around 5 times and we was in Chelmsford at 11:12am and it was probably the shorest ever train journey I have ever taken to an away game. We then waited until my mate Johnnie and David arrived on their train which eventually arrived in Chelmsford from Stratford at 11:31am. We then headed straight for the ground following Johnnie as he has been here before and whilst walking we did a couple of chants to warm ourselves up as it was cold in Chelmsford today. After around a 30 minute walk we finally arrived at the Melbourne Stadium at 12:05pm. We was allowed straight into the bar and we sat down and watched the FA Cup game between Colchester United and Tottenham Hotspur. Me and my dad headed outside at around 1:25pm and had a walk around the ground and I took some pictures. 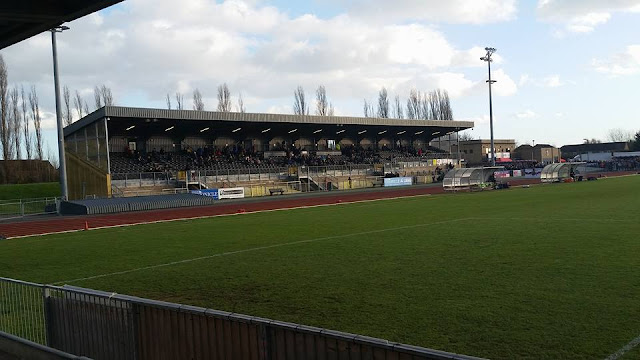 Now the Melbourne Stadium is the first football ground that I have been to that has a running track around the pitch. I will admit that I am not a big fan of these kind of stadiums in non-league but I will say that it is better than Chelmsford having no stadium at all and having to ground share with a team like Colchester or someone else. From the outside, the ground looks very impressive but when you are closing in on the ground, you can clearly see that the stands are far away from the pitch which if you had no idea that there was a running track, you would get suspicious. On one side of the pitch is the main stand which has around 1,000 seats. On this side of the pitch, the bar and changing rooms are located here. 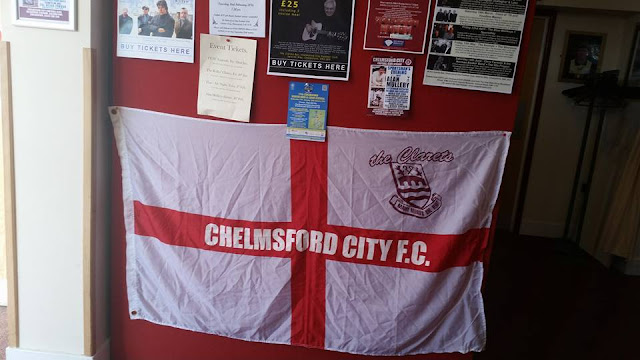 Then opposite the dominating main stand is a smaller stand which has around 200 seats and is very modern and is part of the main building for the athletic centre. Then behind one of the goals is a small covered terrace. It covers the width of just under half the pitch and is very weird for some reason to watch football here, the terrace just seems and feels different to any other metal terrace I have been in before. Behind the other goal is a open terrace with some steps which was great to watch football at because you can see all of the pitch and you are right behind the goal. 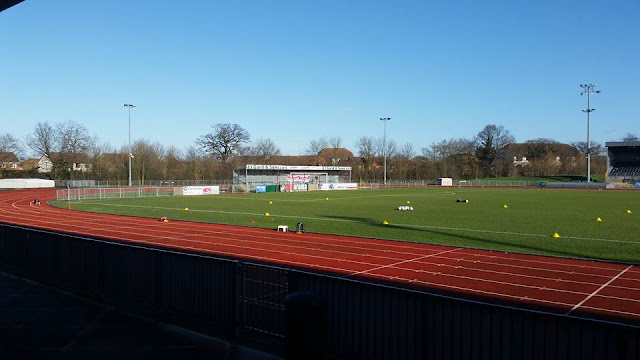 After taking some pictures of the ground, we went to the covered terrace behind the goal and put our flags up. The teams soon after came out and started warming up and then some other Sutton fans started to come behind the goal with us. Some Chelmsford fans also came behind the goal as well. The game kicked off and Sutton seemed to dominate over Chelmsford as Sutton took the lead within 5 mintes after Dan Fitchett shot from just inside the box. Chelmsford then had a great chance to score but failed to covert the shot into the goal. 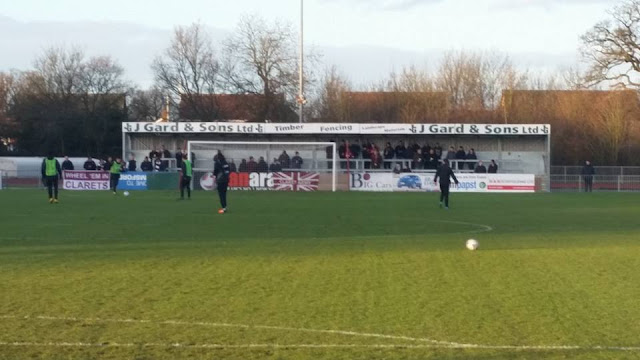 Half time and it was 1-0 to Sutton and we were all feeling very positive as we were enjoying our day out at Chelmsford and we were all watching some decent football. The teams came out and Sutton dominated Chelsmford again and Sutton had a few chances to make it 2-0 but our chance finally came when Dan Fitchett scored again to make it 2-0 to Sutton. Chelsmford then had a good few chances again but failed to score. The game finished 2-0 to Sutton and we all felt very happy. 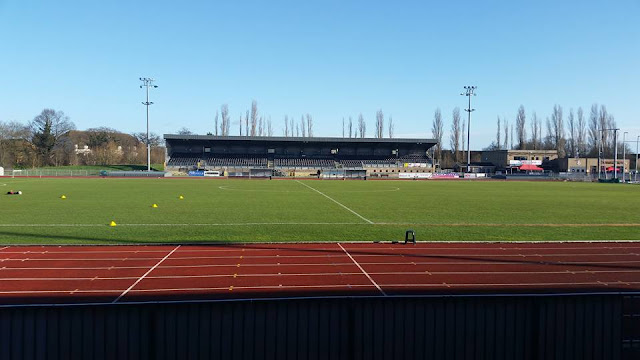 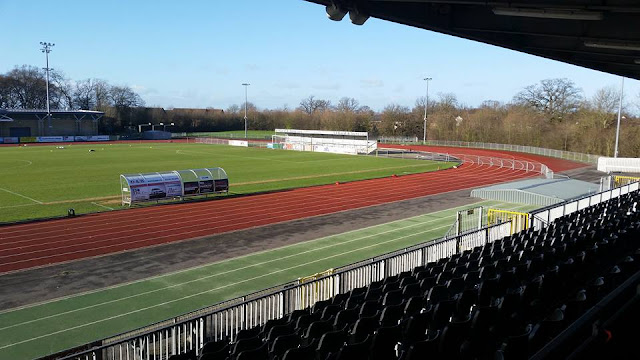 I really enjoyed my day out to Chelmsford, I was very impressed with the stadium even though I don't like athletics stadiums but if you live around 30 miles away from Chelmsford and you are looking to do some groundhopping, I would suggest going to Chelmsford City F.C. as you will experience some decent atmosphere, a decent stadium and some decent fans. 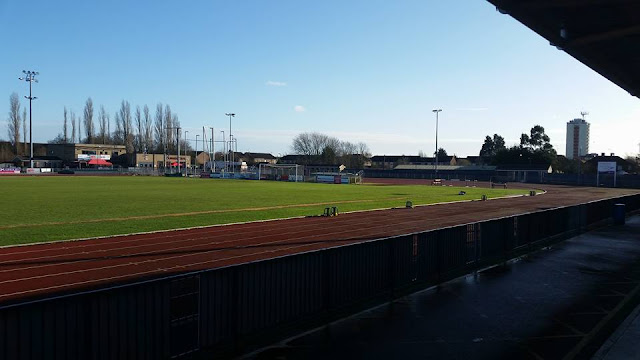 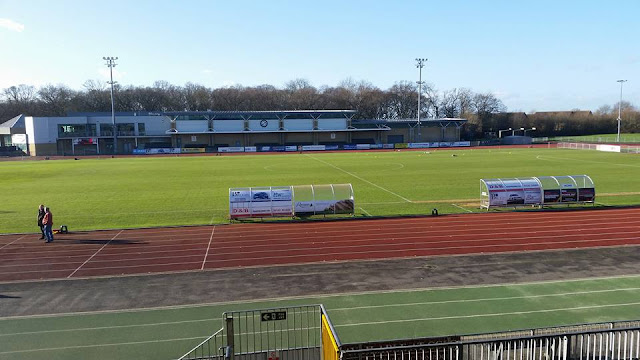 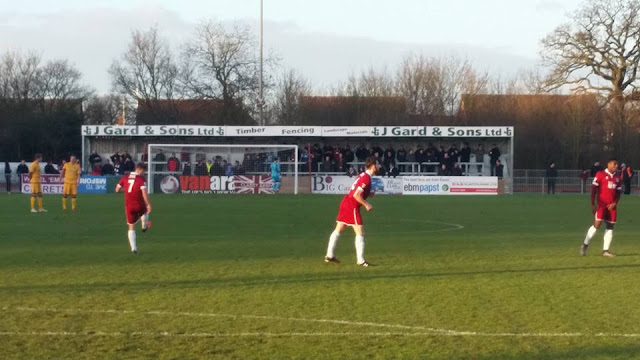