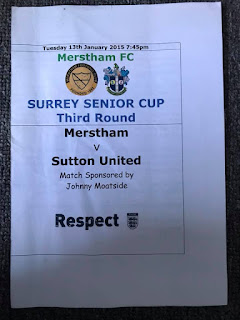 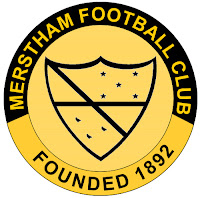 In all honesty, I was really not bothered abut tonight`s game whether we win draw or lost. I still went to the game even though I don`t really care about the Surrey Senior Cup so I could still have a game to watch tonight. Now Merstham is a team that I have never been to before so realistically I was more interested in groundhopping tonight to a new ground (Merstham) rather than watching the game. 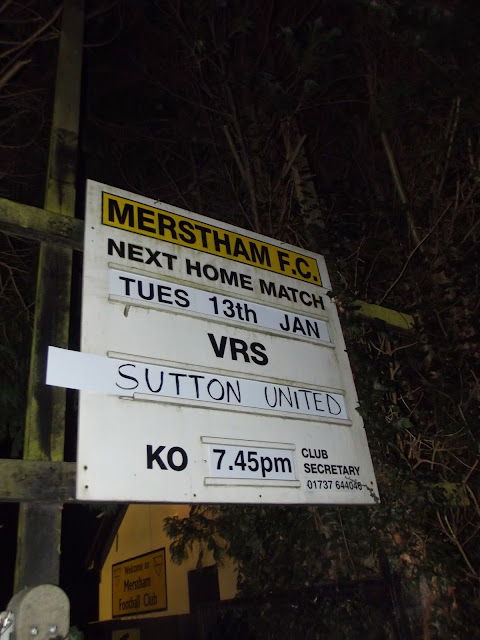 Now I do not remember a lot of the games that I went to when I started watching Sutton in the 2012/13 season but one of the games that I do remember is the Surrey Senior Cup final which was held at Gander Green Lane and Sutton United lost 1-0 to Godalming Town. Tonight, win lose or draw I do not really think many of our fans care because for Sutton, the Surrey Senior Cup is about giving some of the reserves a chance to prove themselves and to give the players who are normally on the bench a chance to prove themselves. 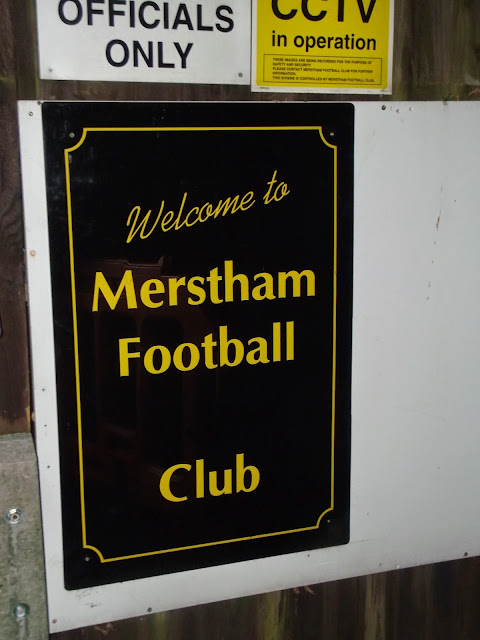 Now the plans for tonight was to leave my house at 6:30pm and get to the ground for 7:15pm because Merstham is realistically only just up the road from Sutton and is around a 30 minute drive to the ground because you have to go down some back roads. I was expecting some Sutton fans to be there tonight but not many. 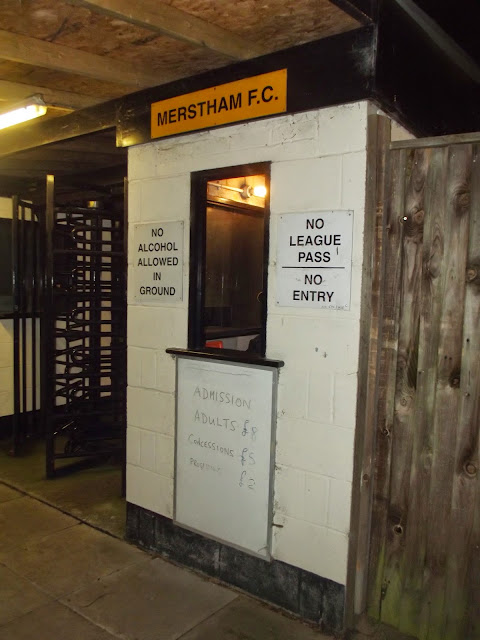 Merstham are a fairly old club as they were founded back in 1892 which makes Merstham 6 years older than Sutton. The club`s nickname is the `Moatsiders` and they play their home games at the Moatside Stadium in Merstham. Merstham is a large village/small town near Redhill and is near the M25. The Moatside Stadium has a capacity of 2,000 and there is only around 150-200 seats but there is no confirmed number. When I go back to the ground again, I will count how many seats there are. As of tonight Merstham currently play in the Ryman Division One South but now they currently play in the Ryman Premier as they were promoted in 2015. In the early days of Merstham, the club spent a lot of time in the Redhill and District League but now they find themselves in the leagues just below the Conference North/South and a couple of leagues above the county leagues. 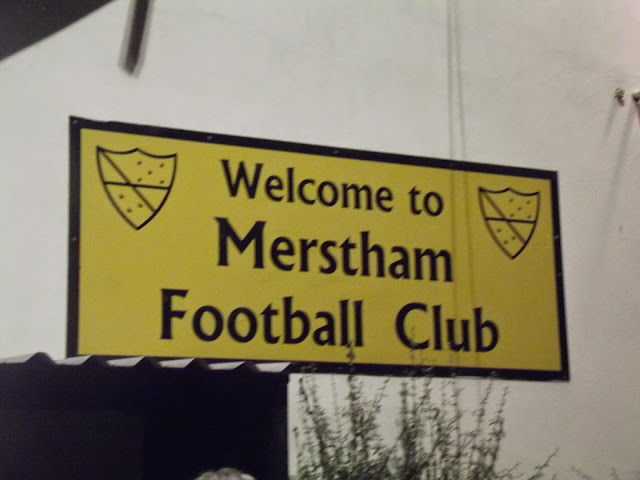 My dad arrived at my house at 6:20pm and he walked round to get me to make sure I had my flags and a spare jumper as it was cold tonight. We left my house at 6:30pm and we knew the way to the ground pretty well because earlier in the week we had driven to the ground so we know the way for tonight`s game. Now this may sound a bit weird but when we passed the M25 at the Merstham junction, I started to like the journey because sitting in the car when it is dark and going down the back roads of Surrey is quite entertaining for some reason, I do not know but me and my dad have such a sense of humour we find anything funny. There is limited parking at the ground so I would try to get their at least 30 minutes before the game because the ground is located on a housing estate so there may not be many parking spaces. 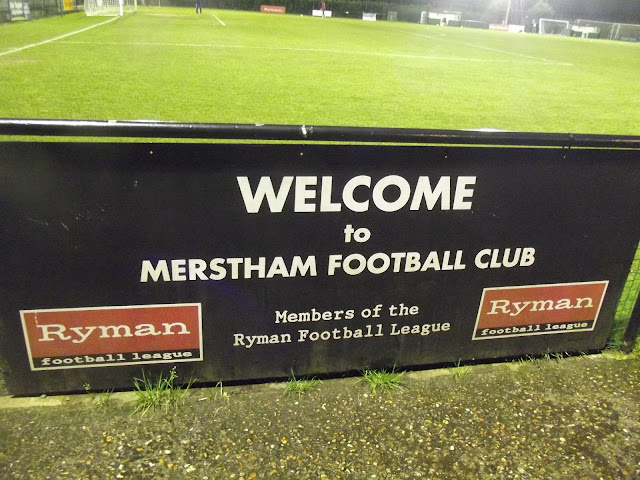 We paid to get in and we got a programme, but when we walked into the stadium, I immediately recognised that the stadium was quite open and in my opinion the stadium felt a bit unloved. Now Merstham does not have a lot of money to spend on their ground so I suppose for a team like Merstham who is small in terms of size, the stadium is good for a team of their stature. The ground has 4 main structures. On one side of the pitch is the clubhouse and the main stand. The clubhouse is the biggest structure in the stadium and the main stand has orange/yellow and black seats. This small seated stand holds around 150 seats. Then opposite this side of the ground is the dugouts and a concrete walkway and no terrace or stand. Then behind one of the goals is a small wooden covered terrace next to the goal and a concrete pathway. Then behind the other goal is a covered terrace which I quite like for some reason. 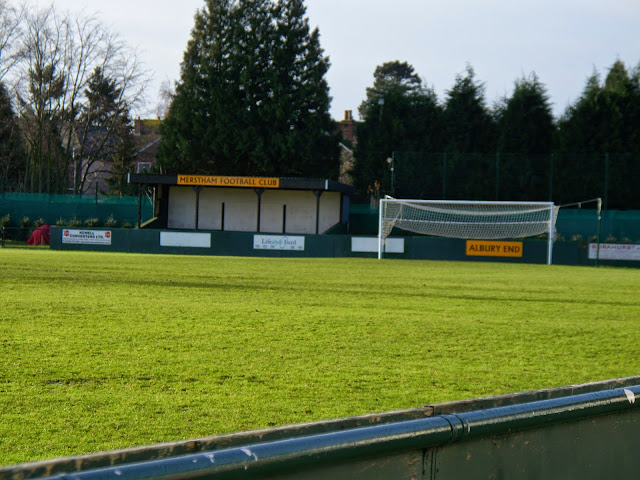 Once we had gone round the ground to take some pictures, we headed round to the tea hut to grab a bite to eat and a drink and me being me, I chose the same food and drink options that I usually chose which is a cheeseburger and a hot chocolate. The cheeseburger was actually really good and so was the hot chocolate and it was a cold evening tonight which meant that having a warm burger and hot drink made the cold weather not seem so bad. By the time I had eaten my burger and drunk my cup of hot chocolate, the teams were about to come out so I headed round to the covered terrace as it was starting to rain. 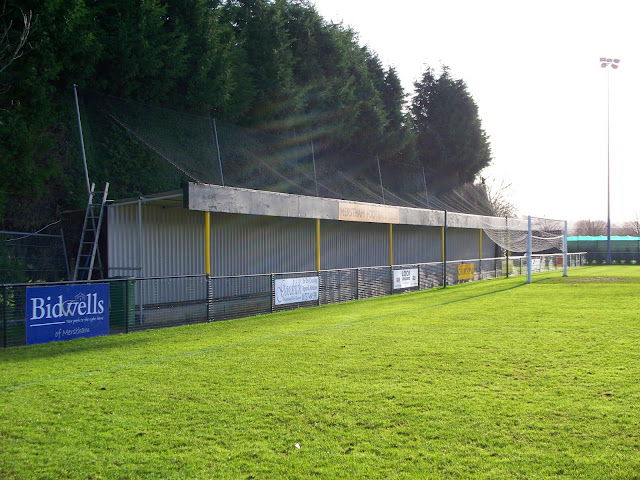 The teams came out and we looked at the line up and Sutton had put out mostly players that had been on the bench during league games and some players that have not been able to prove themselves so far in the season. Sutton were kicking towards the other goal which meant we had to change ends. We walked round to the other end and put our flags up but as soon as we put them up, it started to rain heavily so we took them down. Sutton was not really creating any chances and this shown in our performance and Sutton were caught in 34th minute as Merstham took the lead and this made the feeling in the Sutton end very droll. 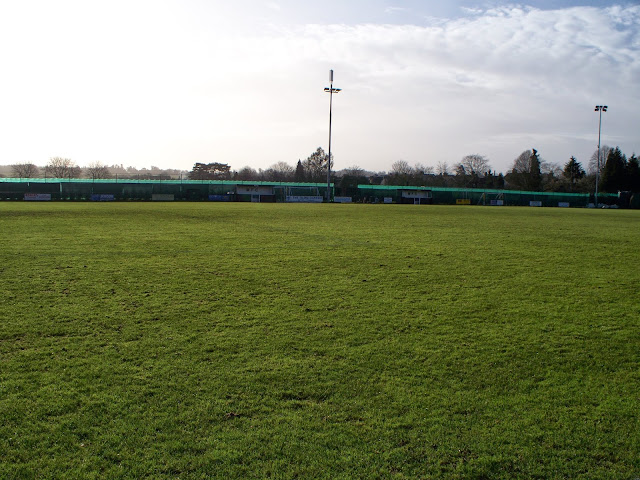 Half time and Sutton were losing and we all felt tired and just wanted the game to be over. The teams came out and Sutton seemed to play a bit better as we started to create some chances and we finally had something to cheer for as Shaun Cooper scored for Sutton in the 63rd minute but in typical Sutton style, we have another few chances after scoring and we get caught in the 90th minute on the counter attack and Mertsham score and we all felt quite annoyed in a way but it is only the Surrey Senior Cup. 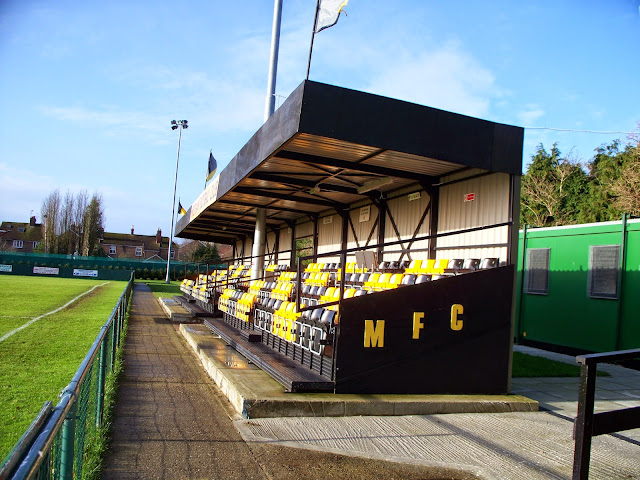 The game was very poor for Sutton, we just could not find any form for tonight and I think that it just was not for us tonight. Merstham deserved to win but I wasnt really expecting anything from tonights game but there were some positives which were I was able to visit another new ground, catch up with my Sutton mates and have another Sutton away game under my belt. If you live in Surrey or the surrounding areas then I would suggest visiting Merstham F.C. 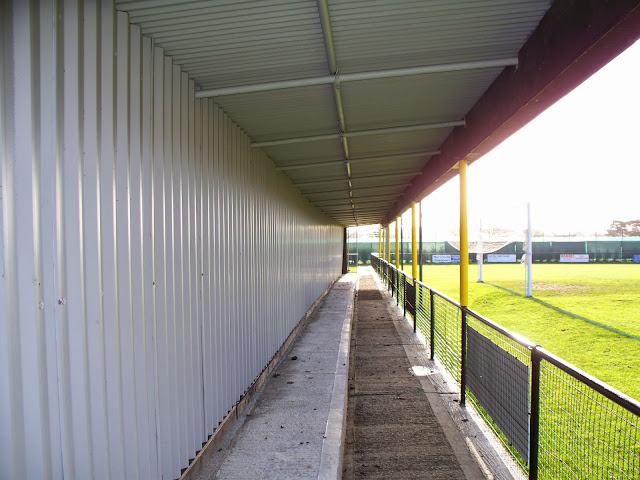 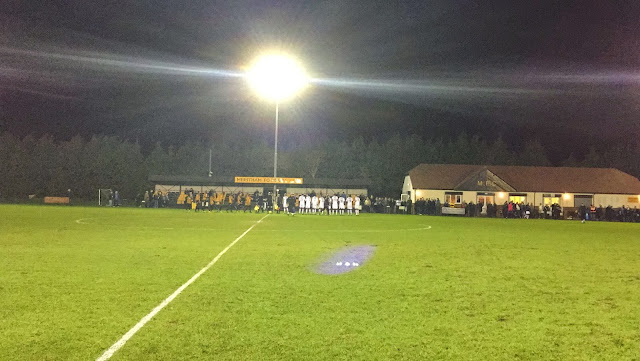 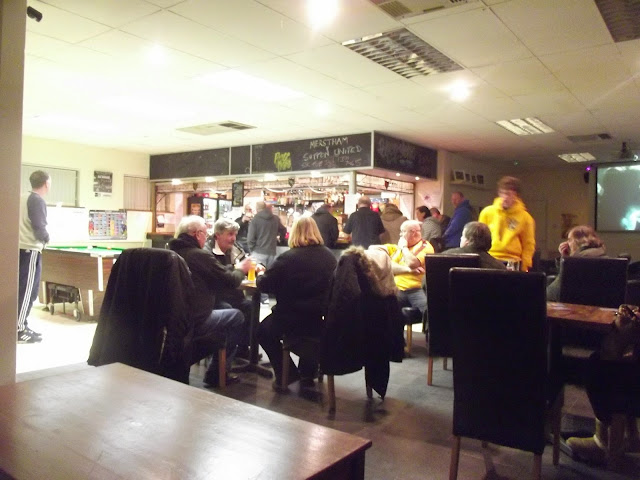 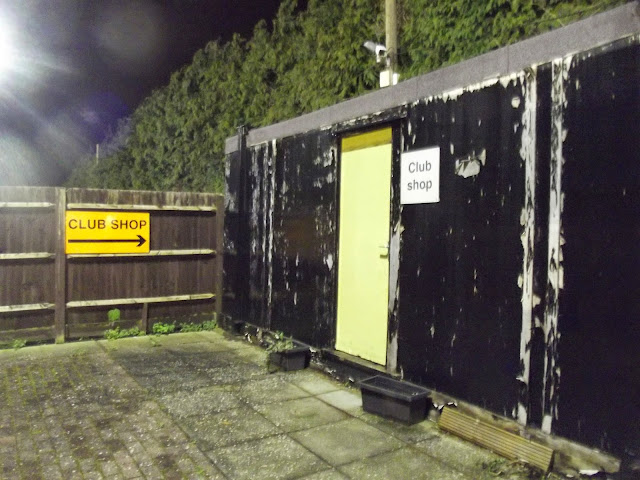 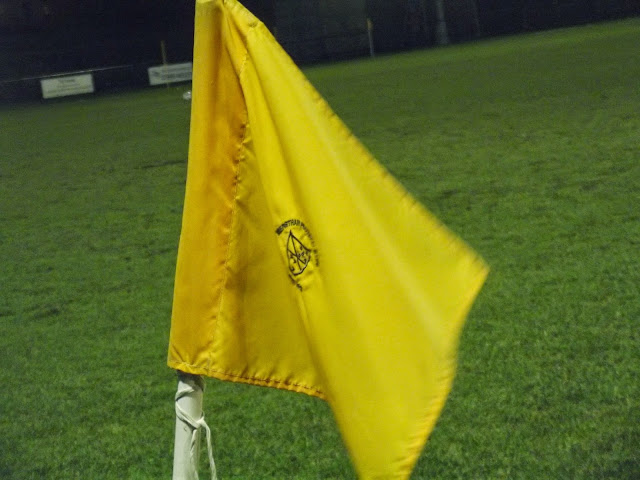