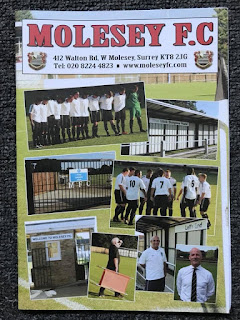 So most of the seasons have finished now and all is left is some games that were cancelled and some cup games. This made it hard for me to find some games to go to. After looking through some websites and forums I eventually found out that Molesey were playing at home to Bedfont and Feltham tonight in the Southern Combination Cup Final so I decided that this was the ideal game for me to go to tonight.

It was a big ask for me to go tonight because I was letting my parents know at such a short notice but after asking my parents, they said I was allowed to go. My dad was not busy tonight so agreed to take me to the game which made me feel quite pleased as I needed to revisit Molesey as I had not been for a while and it was a cup final so I really wanted to go so I could hopefully see Molesey win the Southern Combination Cup. 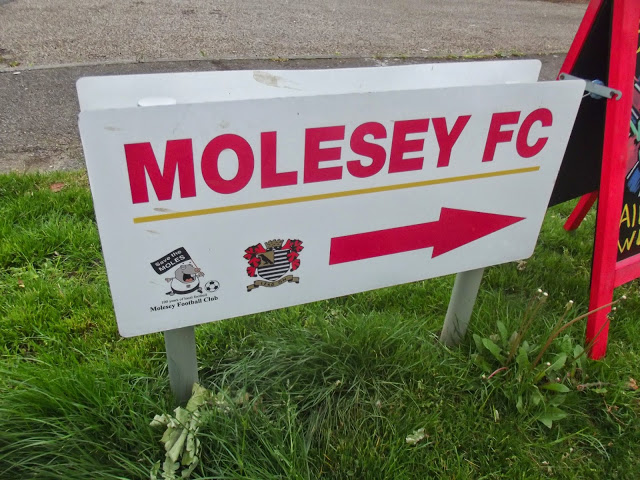 I was both excited and not excited for this game. The reason why I was not very excited was I was very tired and I just wanted to go to sleep but the season had pretty much finished so I had to make the most of the games that were left that I was able to watch and Molesey is a team that I love because the whole of my dads side of my family are from Molesey which means we like going to see Molesey F.C. as it is where my dads side of the family all grew up. 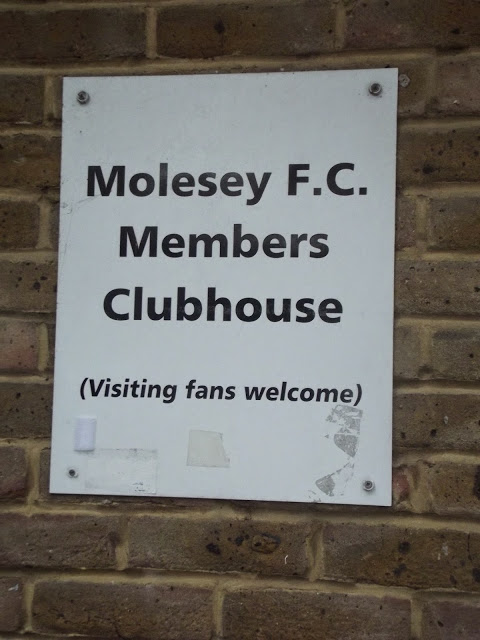 Molesey were founded in 1953 and they play their home games at the Walton Road Stadium which is located in West Molesey. The club is nickname is the moles and they play in the colours of black and white. Their ground (Walton Road) has a capacity of 2,000 and there is a stand which holds 160 seats. The record attendance at Walton Road is 1,255 which was set in 1966 when Molesey played Sutton United in the Surrey Senior Cup Final. Cyrille Regis started his youth career at Molesey. 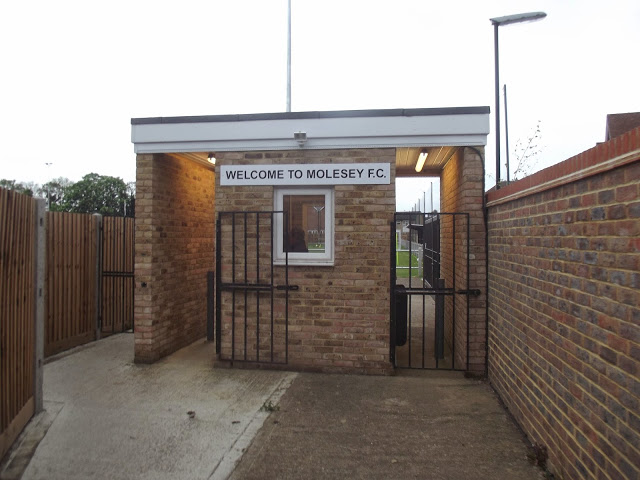 We left my house at 6:50pm and we drove down the A3 to Molesey and we parked the car in a side road near the ground and we arrived at the ground for 7:25pm. We sat in the car for 10 minutes as it was quite cold outside and we hade a while till the game started. We eventually got out of the car and headed for the stadium. We entered the turnstile straight away and I headed for the main stand which was where my mate Johnnie was filming the game from. 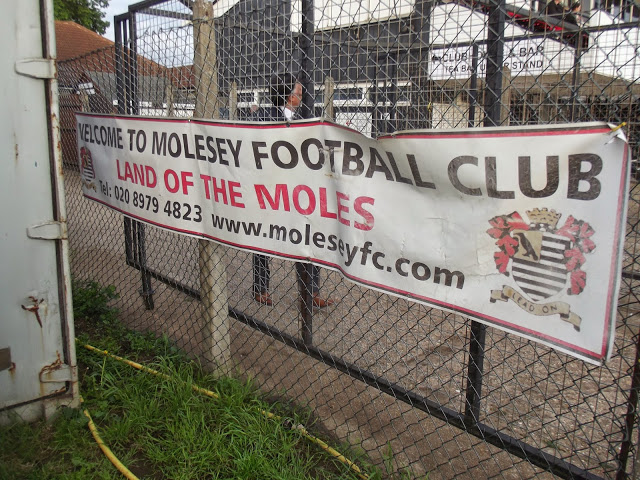 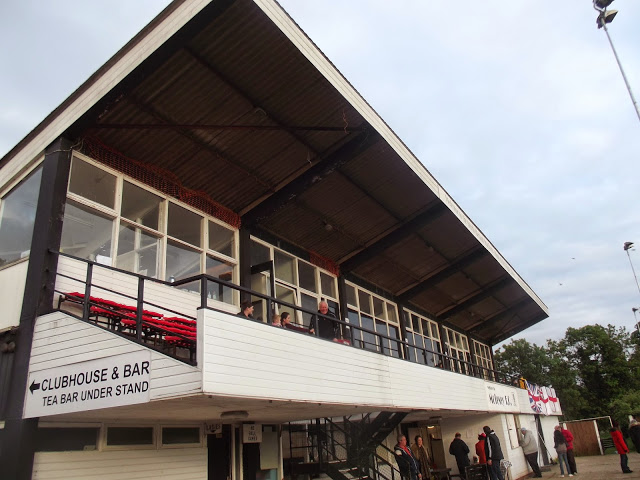 I did go in the main stand for the majority of the game but I did go behind the goal for some parts of the game. The first half didn't have much to show for except for the opening goal of the game, the rets of the first half was fairly even. This was also the game where I met my fellow groundhopping mate Russell for the first time who he was originally friends with my mate Johnnie. You get a really good view of the pitch from the main stand and it is one of my favoruite stands in non-league because it had character and it very good for viewing and watching the game. 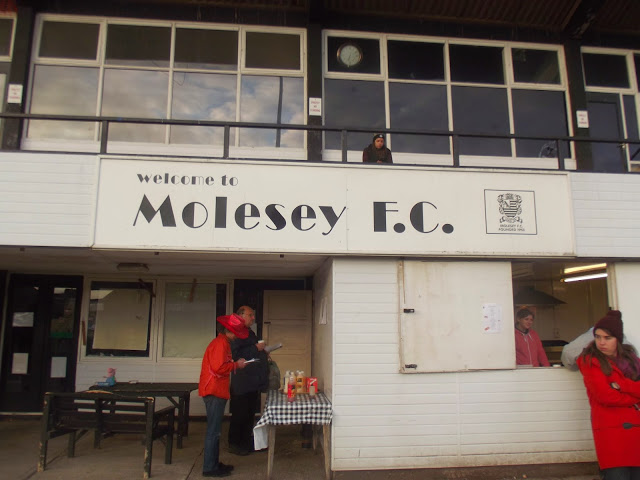 During the game, I got to know a bit about Russell and we became really good friends and we had a conversation about groundhopping and general football and he showed me his blog and I really liked it and his blog is what inspired me to start this blog. You can find Russell`s blog here and his blog from this game here. 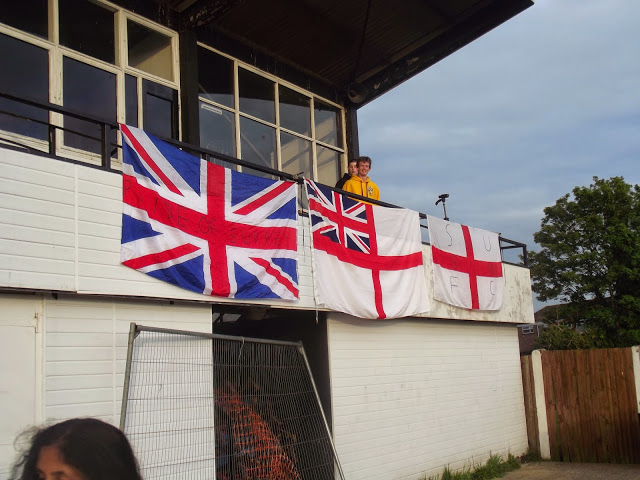 At parts in the game, we went behind the goal with the few Molesey fans who do stand behind the goal and the Molesey loyal sang a few small chants which gave me the feeling of being a true groundhopper and experienced the atmosphere from some of the most loyal non-league fans and it made me proud to be a groundhopper. At half time, me and my dad went down to the tea bar and got a drink, my dad getting his usual coffee and me getting my usual hot chocolate and I also got a cheeseburger which tasted really nice, the burger was not too greasy, the cheese was nicely melted and the bun did not crumble. The food was a little bit cold which did let it down but overall, the food at Molesey is very good. 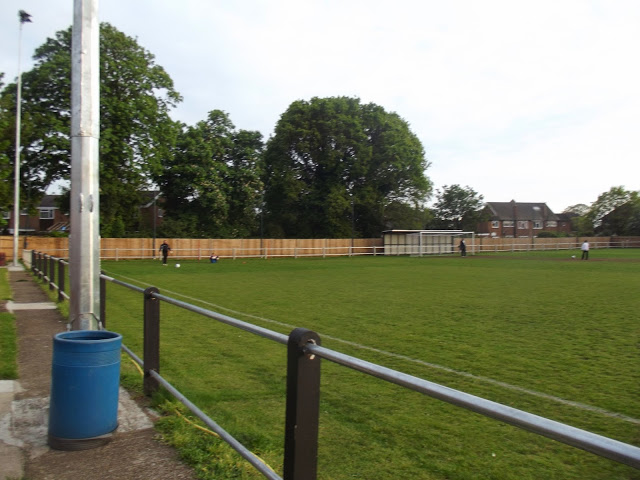 The second half was pretty much the main highlight of the game as Molesey managed to get two penalties to make the score 3-0 and to secure the win. The game finished 3-0 to Molesey and they were the Southern Combination Cup winners. Just after the game finished, I said goodbye to Johnnie and Russell and tonight was a great night as I watched decent football and made a new friend. I would definitely suggest going to Molesey FC as it is very friendly, the ground is quite good for the level and they really need some help boosting their attendances! 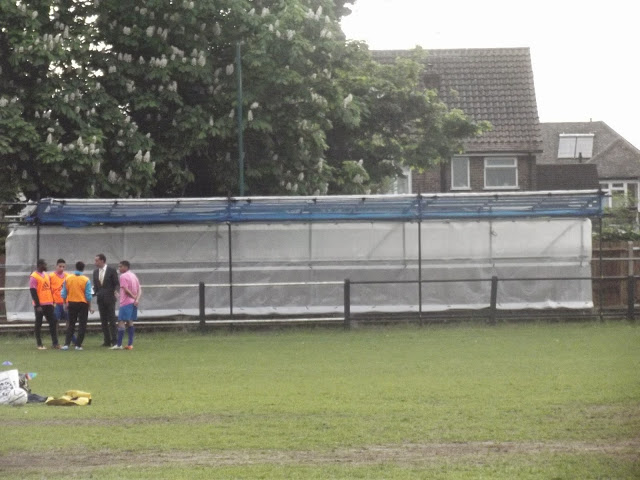 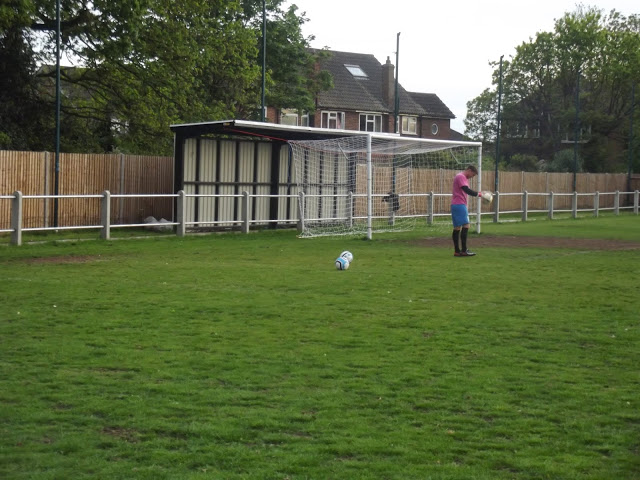 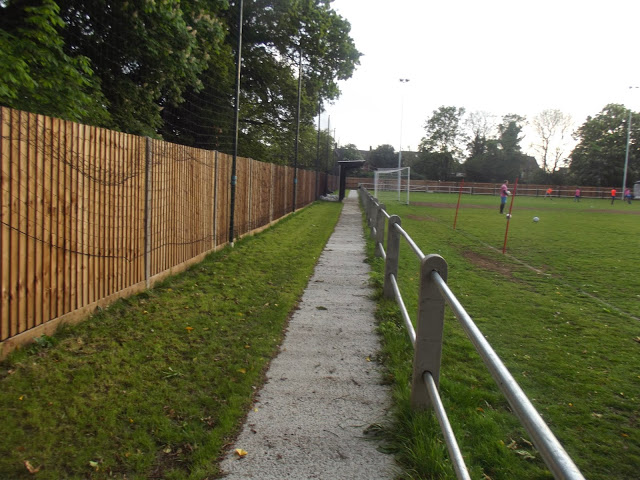 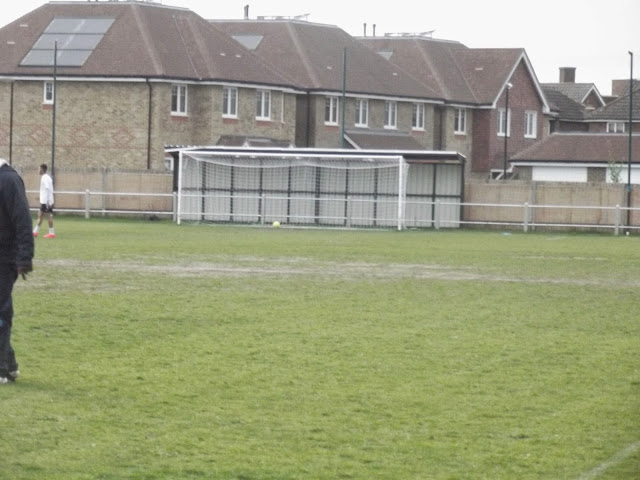 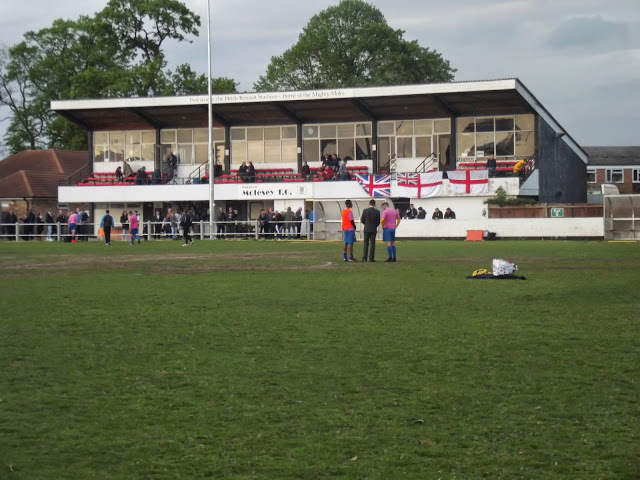 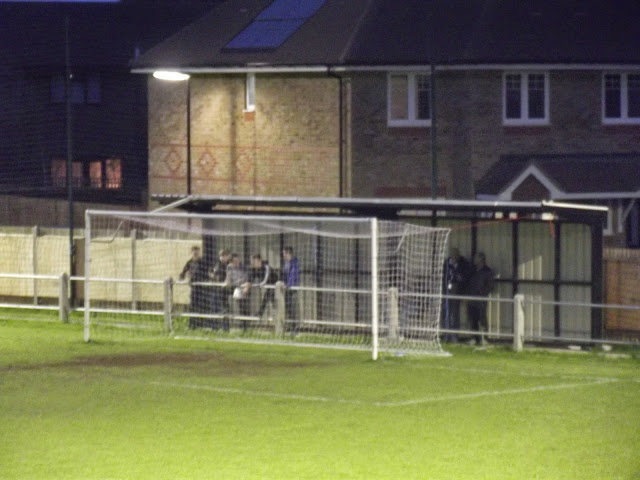 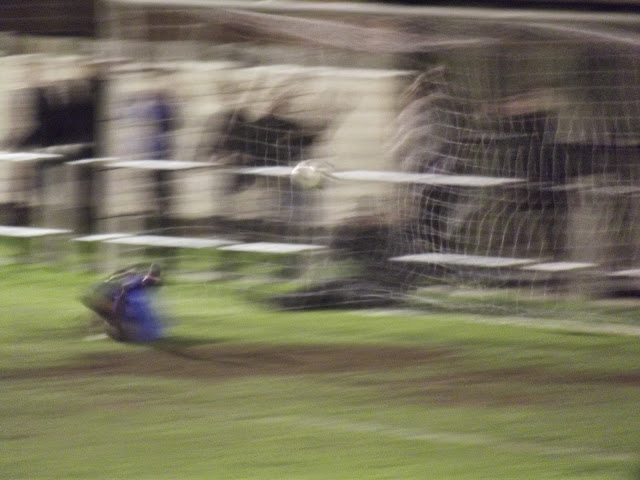 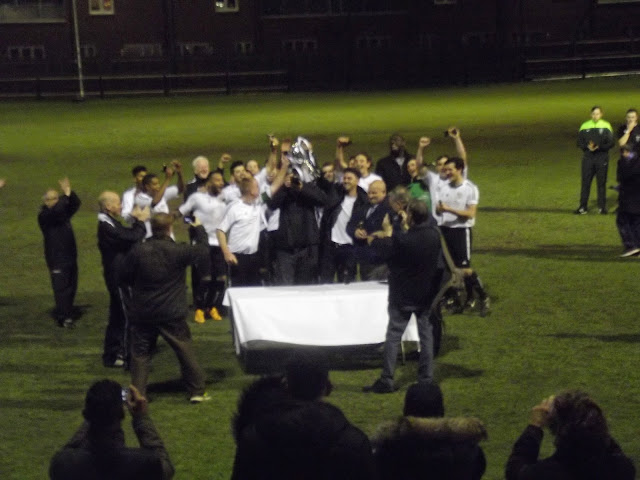