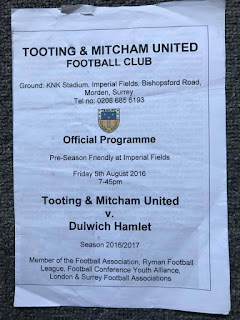 Today was the start of a very long weekend of football for me. I was going to see three games of football in the space of three days and to start of this weekend of football, I was visiting the team that is most local to me, Tooting and Mitcham United F.C. Some of you may question why I am a Sutton supporter instead of a Tooting supporter when Tooting are more local to me. Well the reason is I did not know that Tooting actually existed until after I started supporting Sutton fully in early 2013. I did move house to the Colliers Wood area in December 2011 just before I started supporting Sutton.

The plan for today was to play some football manager, maybe watch some LOST as I am re-watching the whole series again as it is something that I enjoy watching and leave for the game at around 6:30pm. I only have to get the tram from Phipps Bridge to Mitcham and then walk 2 minutes. Much like Hampton and Richmond, I have been to watch Tooting and Mitcham many times before so I know exactly what to expect but this game was different because Tooting were playing their fierce rivals Dulwich Hamlet which will make the vibe of watching football at Imperial Fields much different to what I have experienced before which has been mainly boring and uninteresting as the football that is played by Tooting and Mitcham is much different to what I am used to when I watch Sutton. Sutton play more attacking football where as Tooting play more defensively and not a lot of attacking football is seen. 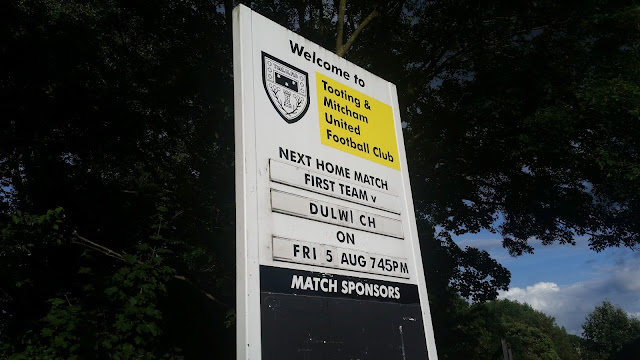 Tooting and Mitcham were founded in 1932. The teams of Tooting FC and Mitcham Wanderers joined together to form Tooting and Mitcham so the club could become a more modern club of that time. Their nickname is the terrors. Their stadium, Imperial Fields has a capacity of 3,500 and holds 612 seated which is very good for a team who plays in the Ryman Division One South. They are a very mid-table team in the Ryman Division One South and used to play in the Ryman Premier but they were relegated in the 2011/12 season and have failed to make a return since. In their history, Tooting and Mitcham have made it into the FA Cup proper 10 times and they last made an appearance in the FA Cup proper in the 2009/10 season. Their most famous game is probably the FA Cup 3rd round of 1959 when they drew 2-2 at home to Nottingham Forest. 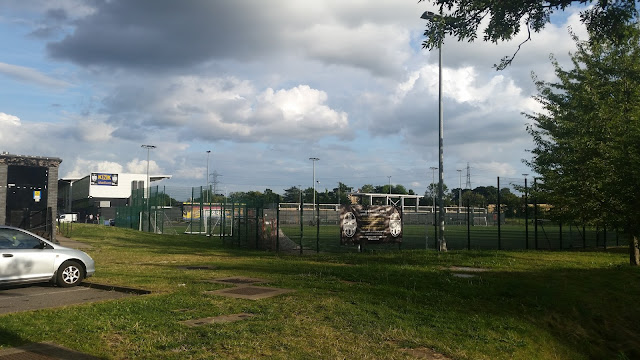 Tooting and Mitcham is probably the easiest and quickest ground for me to get to, it only takes me around 20-25 minutes as I only need to get a tram and walk #. Getting to Sutton normally takes me around 35-40 minutes as I have to walk through Morden Hall Park and get a bus (80 or 413). I did leave my house at 6:31pm and I was on the tram at 6:45pm. It only took me two minutes to get to Mitcham so I was off the tram by 6:47pm and I was at the ground at 6:50pm. The journey was very easy and relaxing with very little stress. I could have gotten the 200 bus into Mitcham and then got the 280 bus to the ground but I prefer to get the tram. 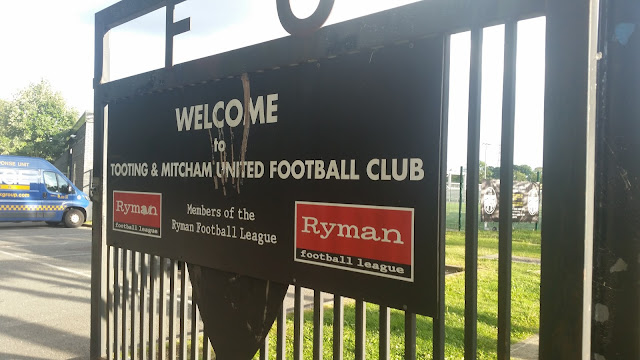 I have to be as honest as I can but I am not a very big fan of Imperial Fields. It is a very modern stadium as was opened in 2002 and I do not like modern grounds in non-league especially at lower levels as it makes it look like the club is trying to be big but the construction of Imperial Fields was the change of the face of Tooting and Mitcham so I can understand why the club did make the ground look big and modern. The main stand which holds the 612 seats looks very professional from the outside and holds the club bar at the top of the stand. From inside the ground the main stand looks fantastic in my opinion. 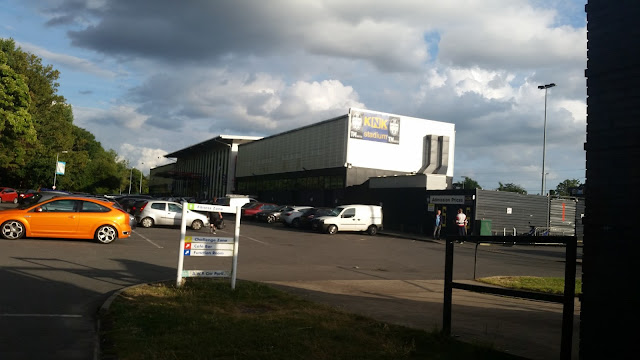 Opposite the main stand is an open terrace with some concrete steps in front of a metal fence which kind of lets the stadium down as it is the only open side of the ground. Behind both goals are identical stands/terraces. There are concrete steps with a metal roof over the middle section. No offense to anyone involved with the club but from inside and outside of the stadium, these stands/terraces behind the goal looks like big bus stops. I have never been in the bar in the stadium so I could not tell you what it is like inside but I have had reviews from the Dulwich fans that it is a good bar for a club of the Ryman Division One South. 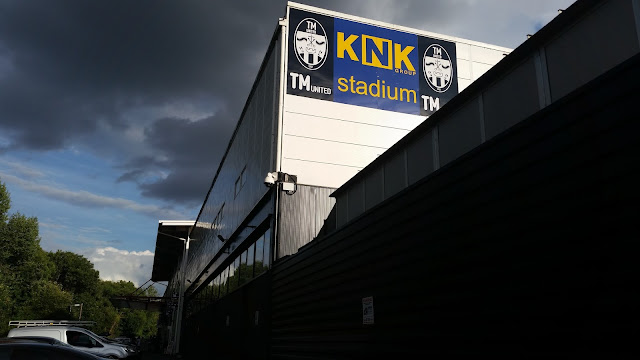 Now I have to say that the food from Tooting and Mitcham is one of the best foods that I have tasted in all of football. You can buy a cheeseburger (£3.50) and chips (£1.50) for £5. The place that does the food inside the ground is called The Shak and is located in front of you as you pass through the main turnstiles. Dulwich Hamlet is one of my favourite non-league clubs. They have great support and I love everything about the club. I personally have a Dulwich scarf from when I went and watched Dulwich Hamlet last season. I did stand with the Dulwich fans and they were creating a great atmosphere and showed how much they love their team.  I only had to pay £1 to get in so the price is very reasonable. 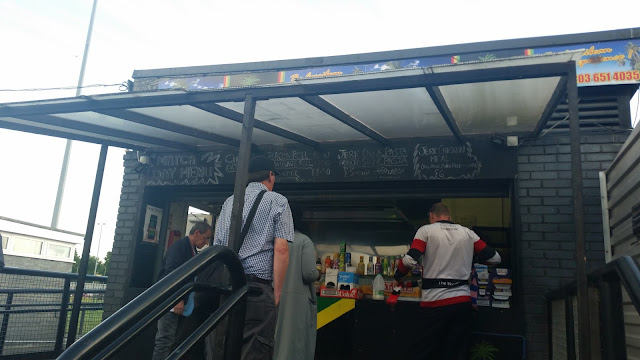 Once I got in the ground, I got some food from The Shak and like usual, I got a cheeseburger and chips for £5 which is very good value for money. By the time I had eaten, the teams had already emerged from the tunnel and I walked to the end that Dulwich were kicking and there was a good vibe and atmosphere behind the goal, we were starting chants and singing lots of songs. My mate Ryan who also supports Sutton was at the game and he too joined my behind the goal. 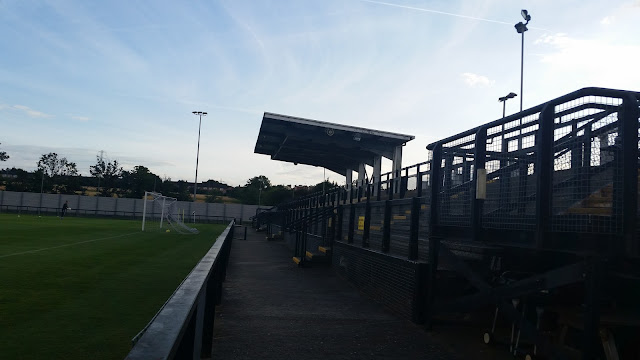 The game was quite boring to be honest but the goals that were scored by both teams were decent goals and the game finished 2-1 to Dulwich and I had really enjoyed my night out at Tooting and Mitcham as I had a decent dinner, experienced some good atmosphere and saw some good football. I would suggest going to Tooting and Mitcham if you had the chance because Imperial Fields is quite a unique stadium even though I don't quite like it, I know other people will do and you probably will! 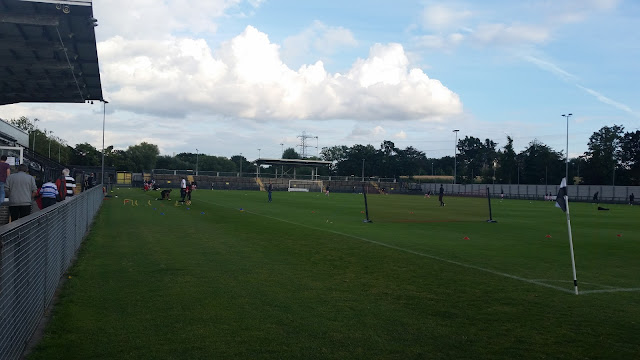 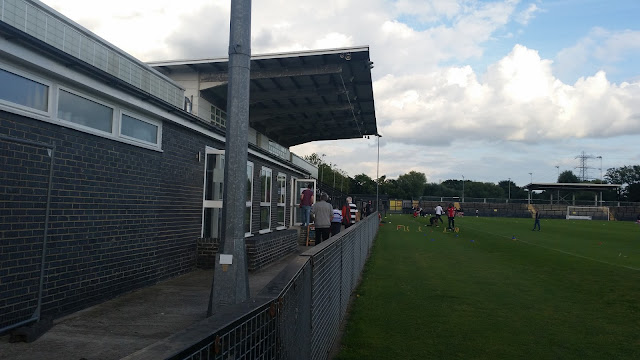 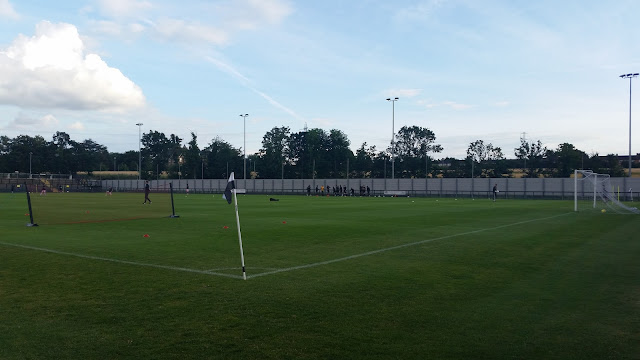 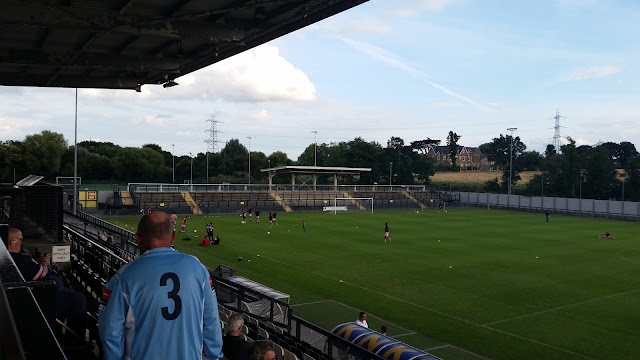 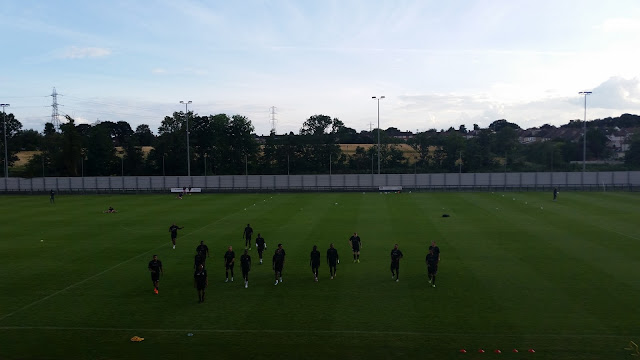 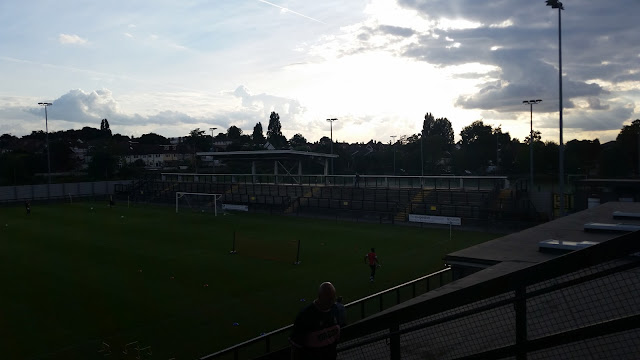 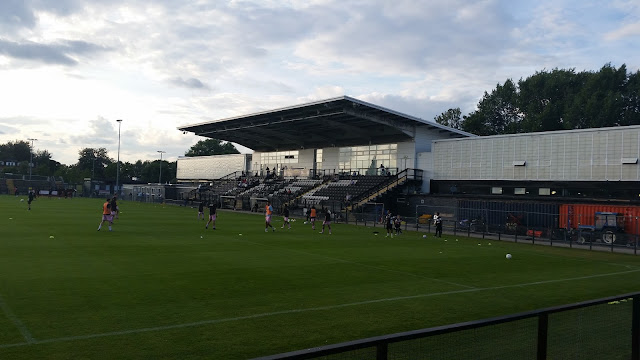 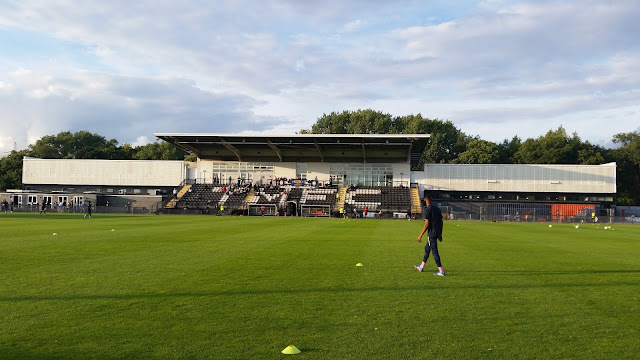 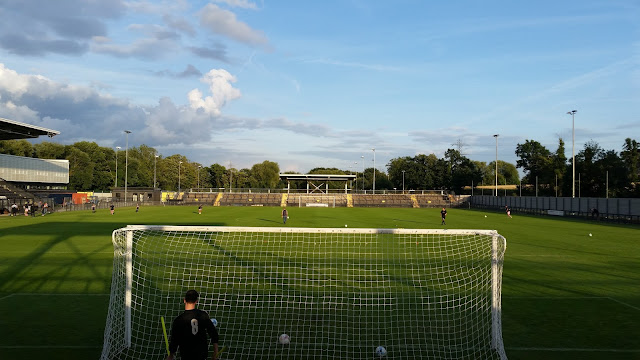 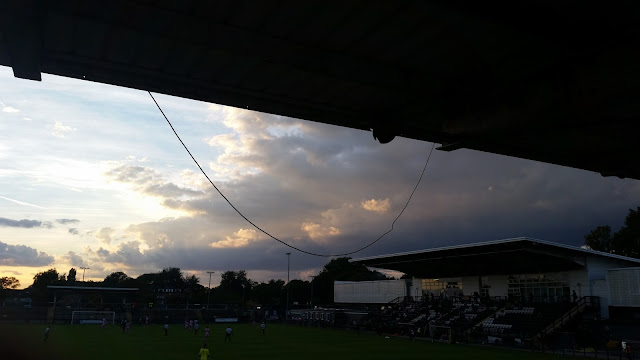 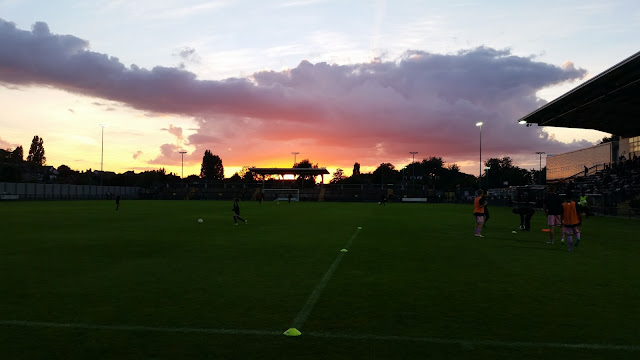