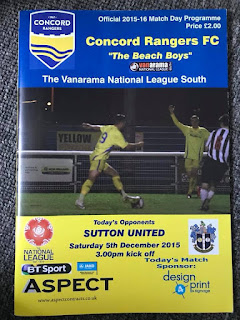 So the build up to Christmas has really started to kick in now as there are only 20 days until the big day and now I have to try and do everything to keep myself busy to stop the temptation of waiting for Christmas morning and one of the ways that I like to keep myself busy is to go to lots of football games as I love football. Today Sutton were playing away to Concord Rangers who are based in Canvey Island, a place that is popular with holiday makers and is a growing area in terms of popularity. 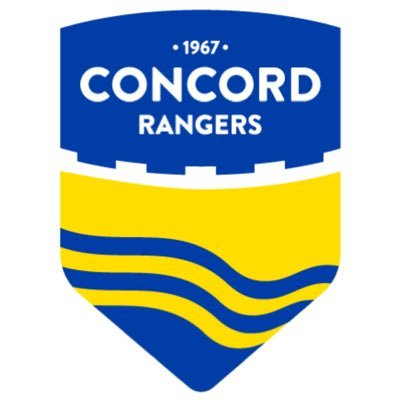 Originally I did ask a few weeks ago if I was able to go to this game but I was not given permission to go as my dad was working lates and nobody could take me but on Wednesday night I got a call from my mate Johnnie asking if I would be able to go with him if his dad takes me as they are going in the car and there are spare seats so I asked my mum if this would be okay and I was finally given permission to go to Concord Rangers this weekend with Johnnie, hid dad and his dog Dexter. 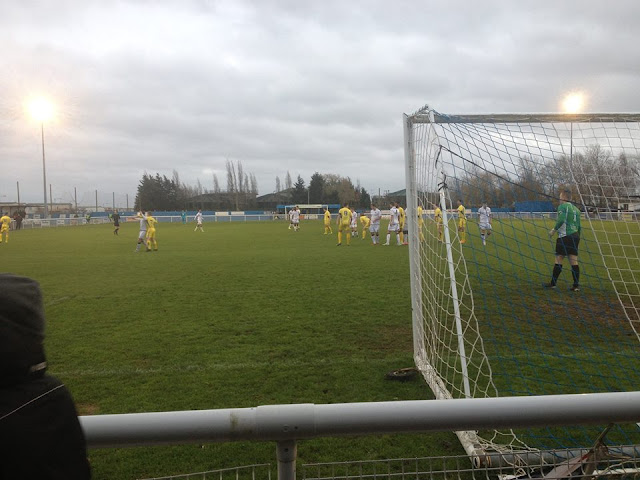 So the plan for today was to get up at 7am and do 1 hour of YouTube editing and then I would wait for my dad to pick me up so he could drop me of at Johnnie`s at around 11am so he can go to work and so I can get to the game. We was planning on leaving Johnnie`s at around 12pm and hopefully getting to the ground for around 1:30pm. 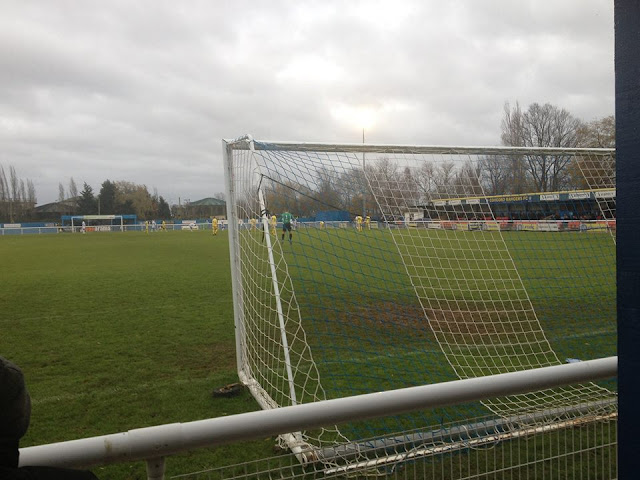 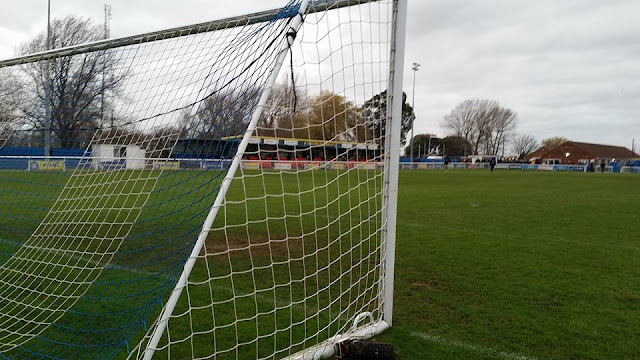 On a cold December morning I woke up with a shiver throughout my body because I accidently left my window open but I was still able to have a decent nights sleep. When I eventually got out of bed the feeling of going to watch Sutton away gave me a buzz of energy through my body but it was still a few hours before my dad was coming to pick me up yet so what I decided to do was to do some of my business studies coursework for completing the distinction work (A grade) on one of the units as I needed to finish of a couple of assignments to pass the time. 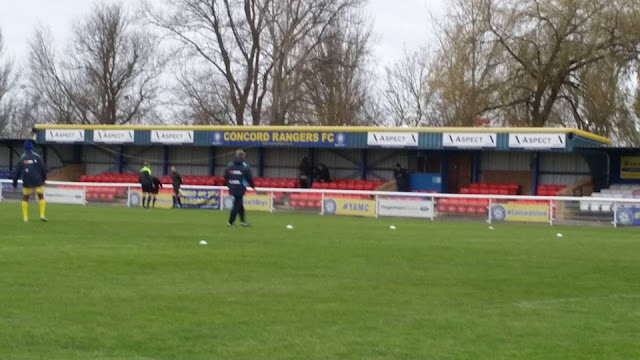 After completing the business coursework that I needed to do my dad finally arrived at my house at 10:30am. I made him a cup of tea whilst I quickly submitted my work to my business teacher before leaving my house just before 11am to get to Johnnie`s. The journey from my house to Johnnie`s is quite simple as all we have to do is get onto the A3 at Raynes Park and stay on the A3 until Long Ditton/Chessington and then it is a 5 minute drive away. The journey was very quick today as there was hardly any traffic which meant that I got to Johnnie`s a bit earlier than he was expecting, I did finally arrive at Johnnie`s at 10:58am. 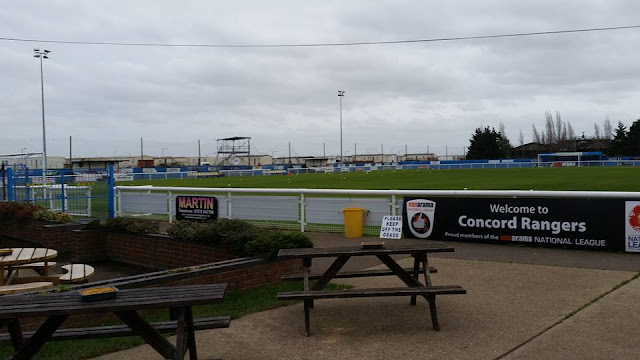 We left Johnnie`s house with him and his dad in the front and with me and his dog Dexter in the back. For the first part of the journey we all stayed quiet so Johnnie could do some revision because of his upcoming exams but after 30 minutes of leaving his house he had finished his revision and the journey continued. We drove into Canvey Island itself and we immediately recognised that the area is not one of the best in the UK. The ground is around a 10 minute drive from when you enter Canvey Island and has sign posts from some of the major roads once you are on Canvey Island. 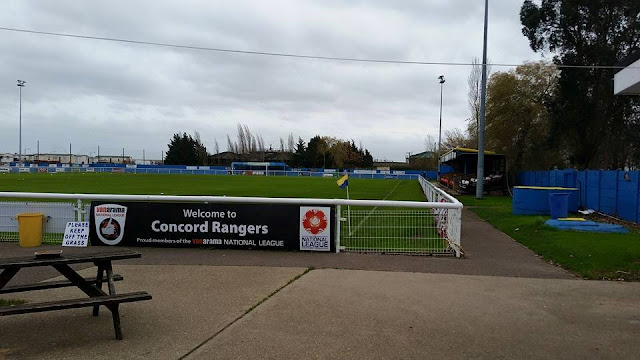 We got to the ground and parked up, this was not Johnnie`s first time of coming here, he has been here a couple of times over the past few seasons. The ground is in kind of awkward position because right next to the ground on one side is a caravan park and then on the opposite side of the ground is a sewage works and this gave the area a distinctive smell and it does not make the ground very appealing to visit. 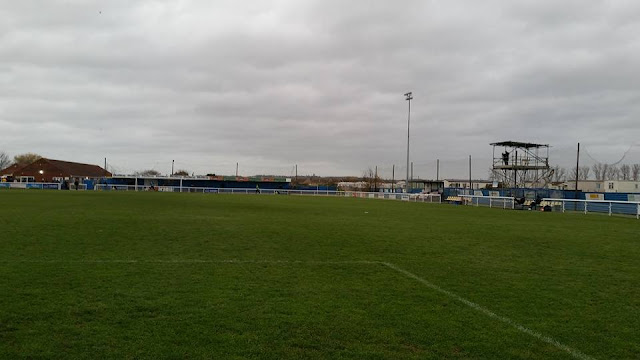 Now Concord Rangers has got a slight reputation in the National League South for having one of the worst grounds in the league we could easily see why. I think Thames Road is one of the worst stadiums I have ever been to but this is entirely my opinion and my opinion only so no offense to anyone who is involved or supports the club. The main area of the stadium is located behind the goal as this is where the bar/clubhouse is located and this is where the majority of the fans stand and is probably the best area of the ground. 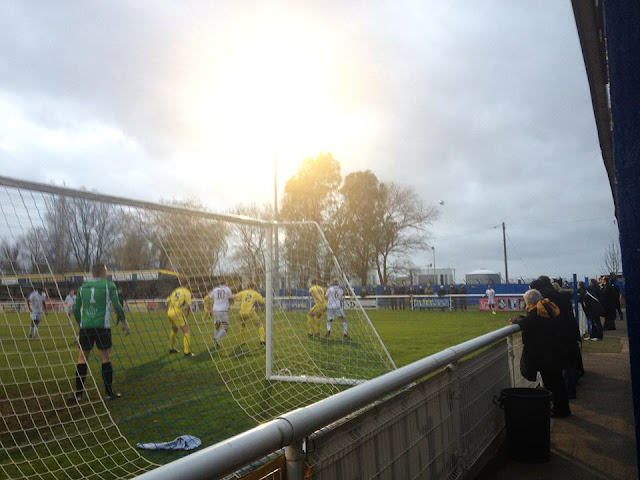 One of side of the pitch is a small main stand with a small sign saying `Concord Rangers F.C.` This stand has around 150 red seats. Then opposite both sides of this small main stand is two portable seated stands each with around 40 seats so this area of the ground has around 230 seats. Then opposite the main stand is an open terrace called the Caravan Park Side and this is where the dugouts are located. They also film the games from here. There are also two portable seated stands one at each end of the pitch each with around 40 seats. Then behind one of the goals is the clubhouse end which is where there is a covered terrace and the bar/clubhouse. Then behind the other goal is the South End which is mainly open/uncovered but there is a small covered terrace behind the goal. 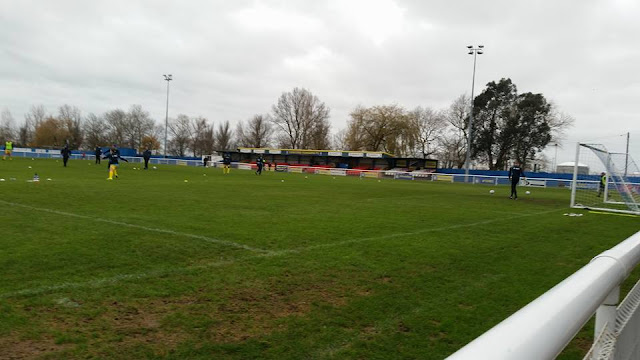 Once we paid to get inside the ground, we headed straight for the bar and it was very warm inside and it was quite large especially for a team in the National League South and the bar is also very modern and even though I prefer the more classic and traditional bars at a football ground, I quite liked the bar inside Thames Road. I got a pint of coke and a programme and then sat down and watched some of the Premier League football that was on TV. At 2pm, we headed round to the burger van to get a burger and it tasted really nice and was probably one of the highlights of the day. 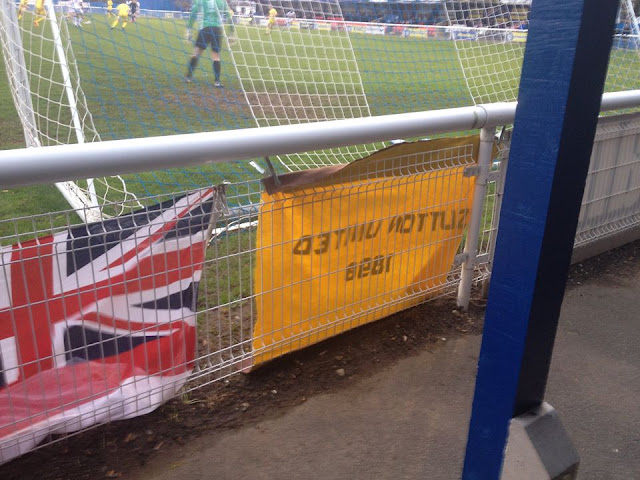 Once I had eaten my burger, we all headed round the ground taking pictures and I have to admit, Thames Road is a really wierd stadium and I dont really like it and it is probably in my list for the worst grounds that I have visited but I wasnt going to let the ground ruin our day. Once we had walked round the ground, we headed round to the cover terrace behind the goal at the clubhouse end as we were kicking that way for the first half. Me and Johnnie put our flags up and started to get some atmosphere going. Sutton did have quite a few chances to go 1-0 up but we didnt take them and Concord Rangers had the odd chance to take the lead but they also didnt take their chances. 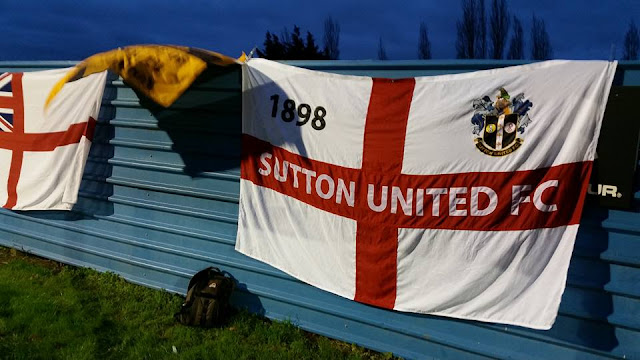 Half time and it was still 0-0 and we thought it was going to be one of those days where it would be a boring 0-0 on a cold December day but we kept our hopes up and we went round to the other terrace and clipped up all of our flags and once they were all clipped up, it looked like a Sutton flags display and me and Johnnie felt really proud. The second half finally started and Sutton seemed to play a lot better as they were creating a lot more chances and were dominating Concord Rangers but we just couldnt score but our luck changed in the 80th minute when Craig Dundas shot from range and we finally scored. Then we found more luck as Tom Bolarinwa scored another goal for Sutton in the 87th minute and in the 90th minute to kill the game and it seemed like one of the worst away games turned into one of the best and the game finished 3-0 to Sutton. 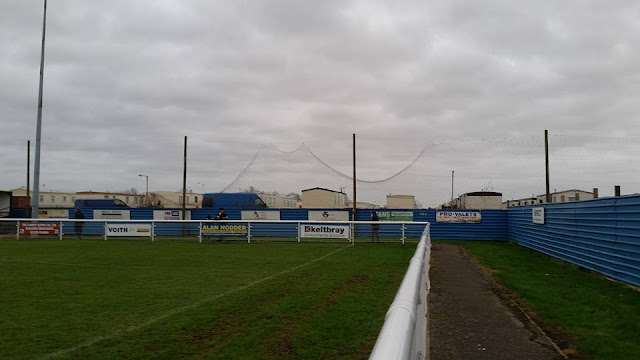 After clapping the team for their excellent second half performance, we took the flags down and walked out of the ground feeling very happy and feeling much happier than we were at haf time and I thought today was going to be rubbish but I was completely wrong. I did enjoy the game but the ground is really bad for the level of football Concord Rangers play and it really needs some re-furbishment. We got back to Johnnie's house at 7pm and I got back home at 7:30pm feeling very happy. 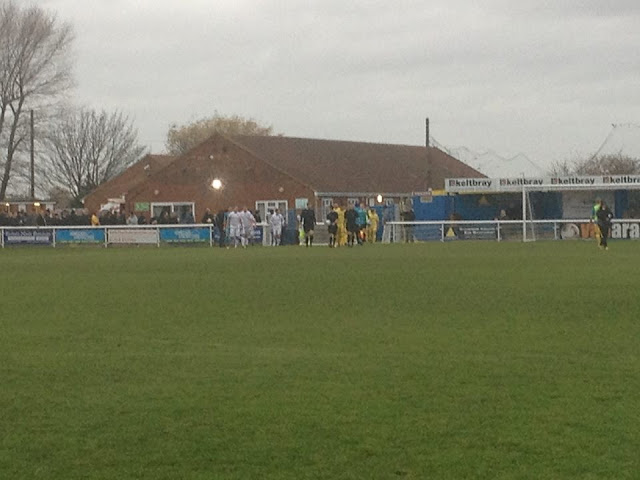 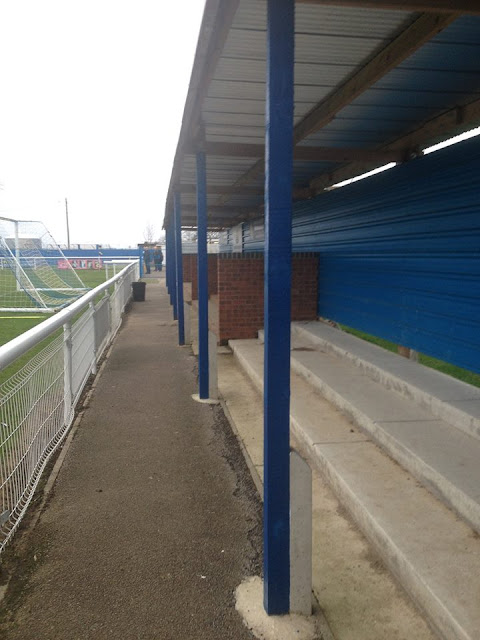 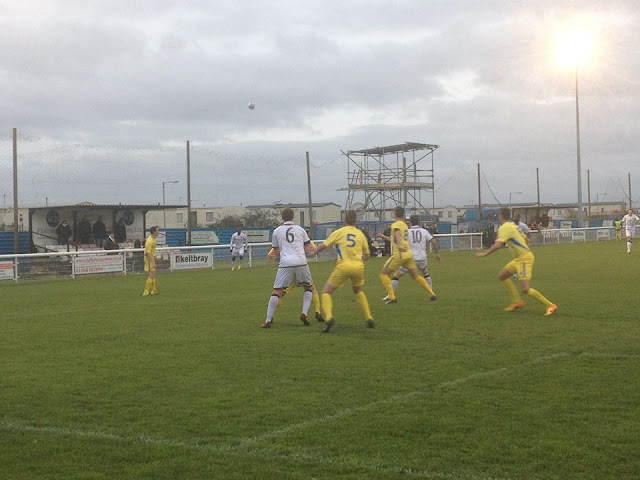 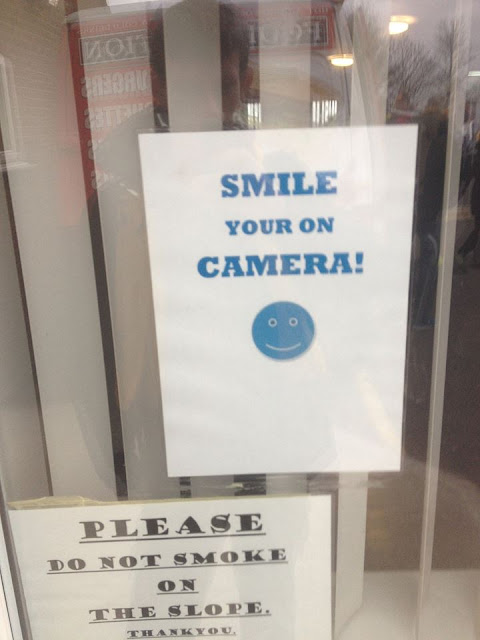 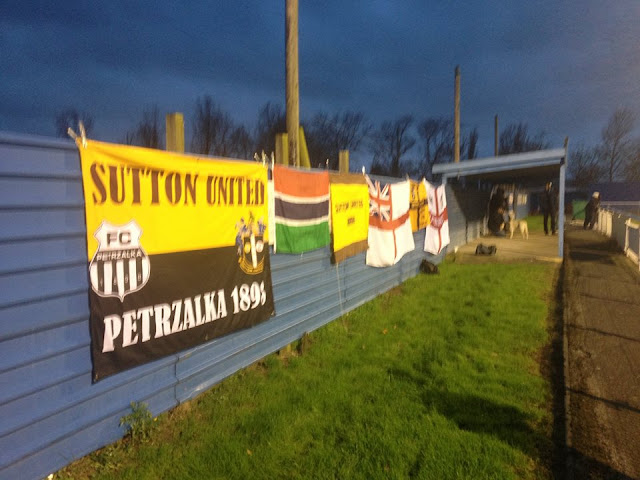 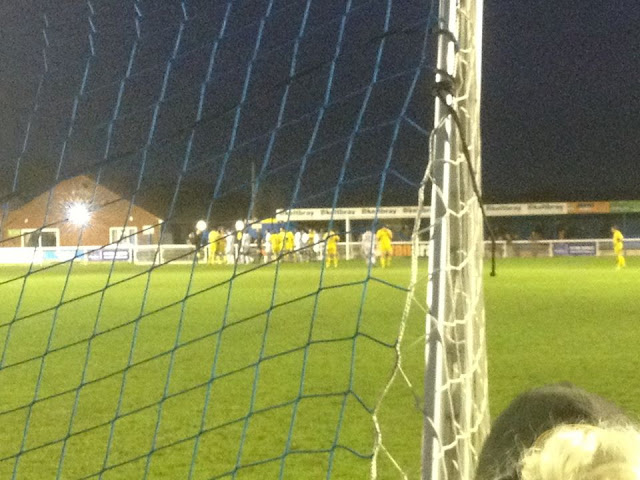 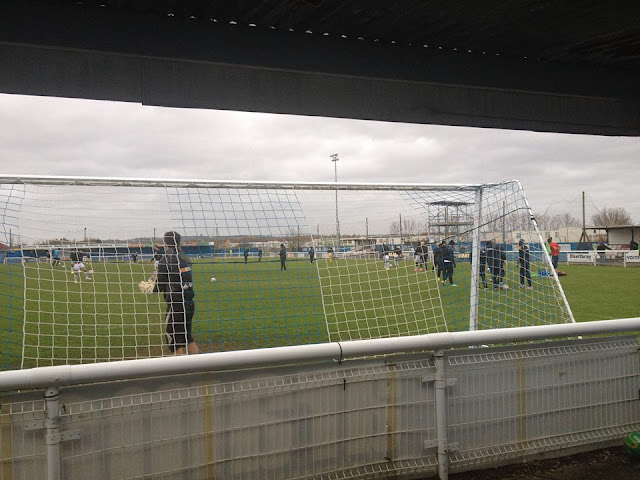 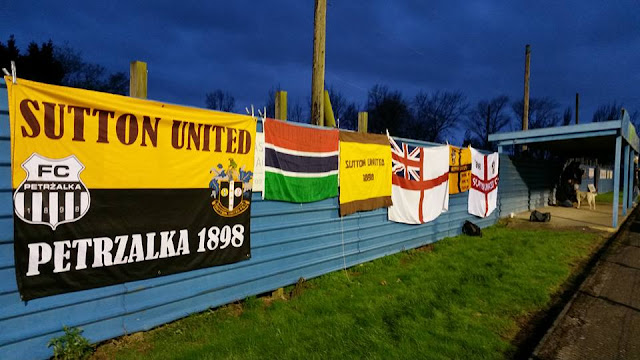