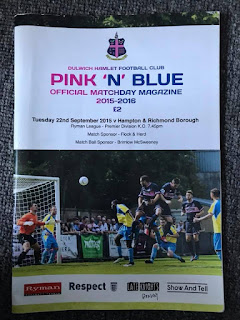 So the time has finally come when it is time to go to Champion Hill to watch the famous Dulwich Hamlet. Now I am really excited for tonight`s game because Dulwich is one of my favourite non-league clubs for many reasons. Dulwich are based in East Dulwich in the borough of Southwark, they have great support and get around 2,000 for a home match, and they are really famous within non-league.

Now I have been waiting a long time to go to Dulwich because over the past two seasons I have been busy watching Sutton and QPR as they are my main priority but this Tuesday I had no plans and my gut told me that I should no longer wait anymore and I should go to Dulwich tonight. Over the past two seasons I have kind of fell in love with Dulwich because they represent non-league really well because their fans are excellent and really promote non-league. 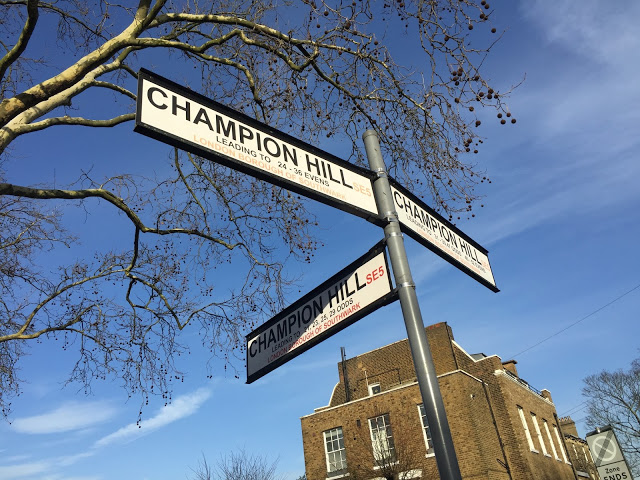 I have been waiting nearly two years to go and watch Dulwich at home so nothing tonight was going to ruin it for me. The plan for tonight was for my dad to meet me at my house at 5pm then we would go to Morden and get the Northern Line to Oval and then we would catch the 185 bus from Oval and get off at East Dulwich station and then the ground is a 2 minute walk. 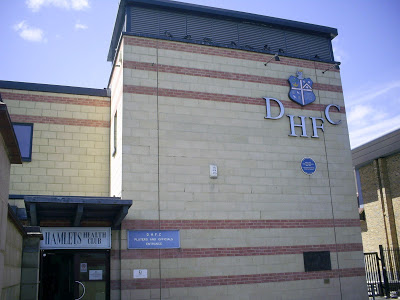 Dulwich Hamlet were formed back in 1893 and their nickname is `The Hamlet`. Their home kit colours is pink and blue which is one of the reasons why Dulwich is famous because not many football teams in the UK play in pink. Dulwich currently play their home games ta Champion Hill which has a capacity of 3,000 and the main stand holds 500. Dulwich currently play in the Ryman Premier which is one promotion from the Conference South. Over the past few seasons Dulwich have been fighting for promotion to the Conference South but have failed. Only a few years ago, Dulwich were getting an average attendance of around 180 but when Gavin Rose (current manager) got involved with the club the fan base grew which led to what Dulwich is like today. 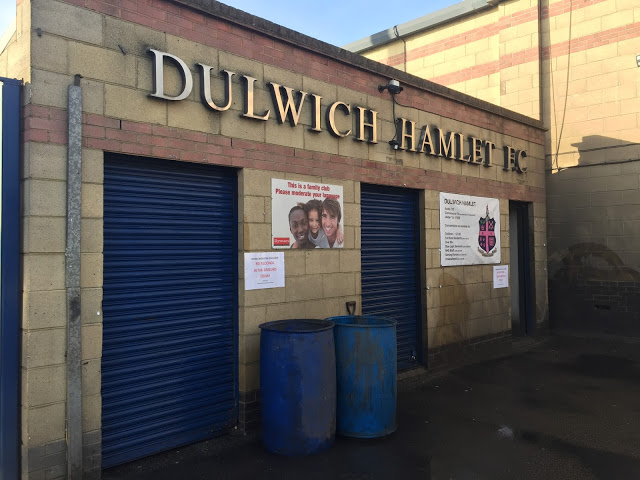 I woke up this morning at 9:30am after having a late night of playing football manager. I had breakfast and a shower like normal and went into Sutton to go and get some things that I needed. The day went slowly because I was really excited for tonight. My dad finally arrived at my house at 4:56pm and we was leaving my house at 5:02pm. We then had a short drive to Morden and we was on the Northern Line at 5:13pm. We then got off at Oval at 5:33pm and we got on the 185 and was at the stadium at 6pm. We then went straight in and I got a Dulwich scarf which costs £10 because I really wanted one. 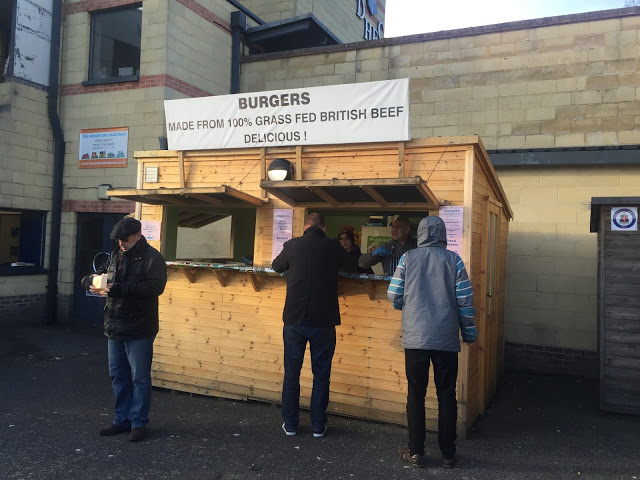 After buying the scarf, I went round the ground to take some pictures and by that time, the game was about to kick off and I went behind the goal with the Dulwich fans. Now the experience of going to watch Dulwich at home was really positive because I read a lot of reviews that people gave about going to watch Dulwich and they were on point. The atmosphere is normally unbelievable on a Saturday as there are more people at the game but even though it was a cold Tuesday night the atmosphere was still very good. 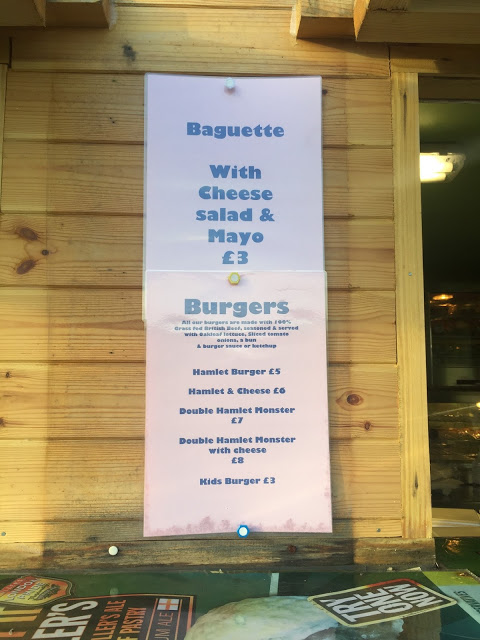 As soon as the Dulwich fans started chanting, I started to feel wide awake and really experience the true spirit of Dulwich Hamlet. Unfortunately, Hampton and Richmond took the lead early on in the game but Dulwich managed to get two goals in the space of a few minutes to go 2-1 up but on the edge of half time, Hampton were given a penalty and scored. 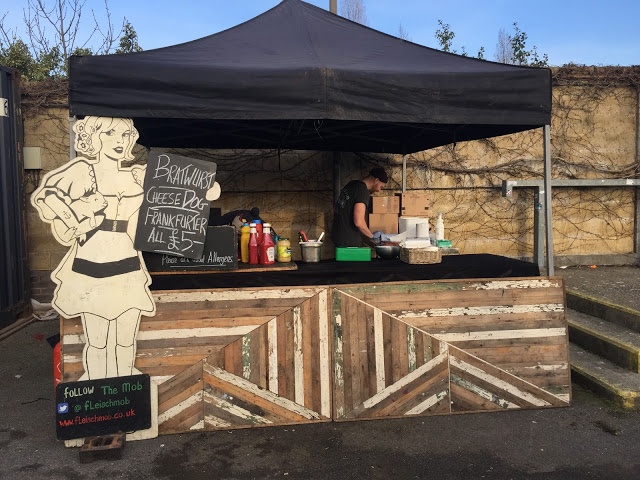 Half time, 2-2 and it the game was very energetic and the football being played was fast, attacking and very upbeat. During half time, I went to the tea hut to get a portion of chips and a hot chocolate, the chips were good, the portions are decently sized but the hot chocolate was the perfect tempertaure and was perfectly made. By the time I had finished my chips and hot chocolate, the second half was about to start. 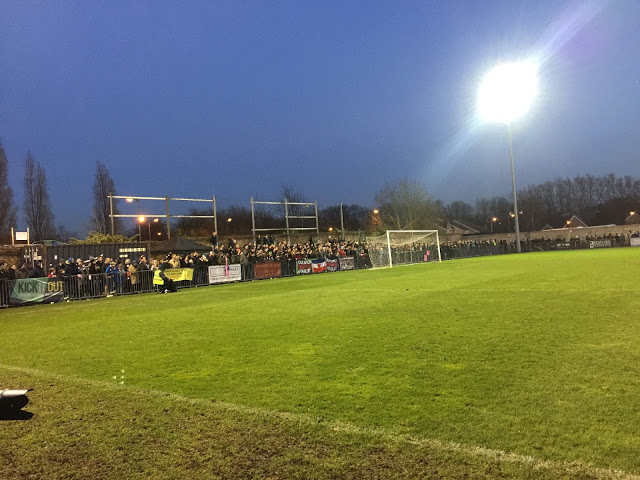 The atmosphere in the second half was much better than the first half but Hampton took the lead again but the Dulwich fans kept on singing. Dulwich had lots of chances to equalise but they failed to score but it looked like it would be my lucky night as Dulwich found an equaliser on the brink of the 90th minute and it finished 3-3 and I had experienced one of the best games of football I have ever watched. 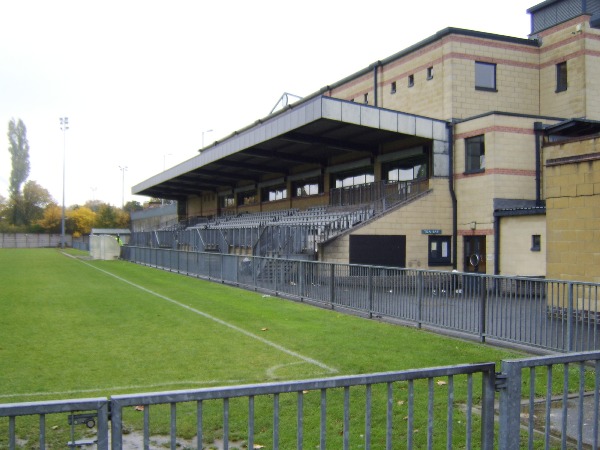 Dulwich Hamlet is a team that will not dispapoint you, they play excellent, fast and attacking football, the club is really well run, the fans are fantastic and the stadium is pretty good as well. I would highly recommend that you visit Dulwich Hamlet if you get the chance.

When the game ended I felt quite proud of myself because after waiting for such a long time I had finally watched Dulwich Hamlet at home. As a groundhopper I feel really proud that I have been to Dulwich because it is such a popular team that a lot of groundhoppers like to go to and want to go to. 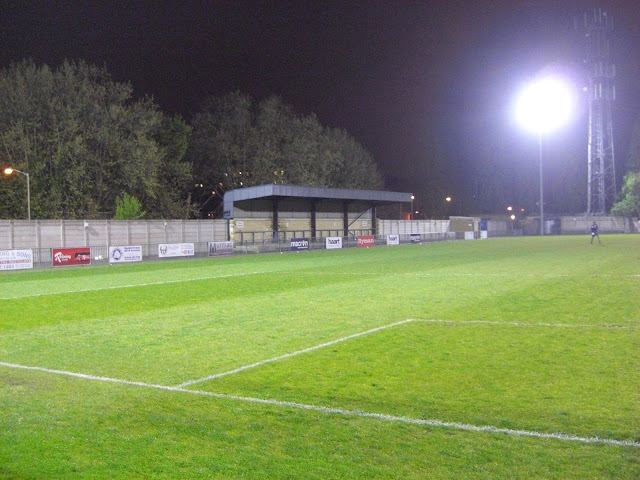 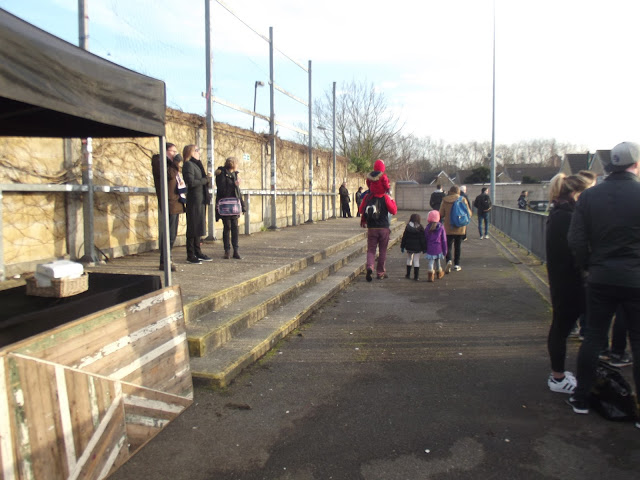 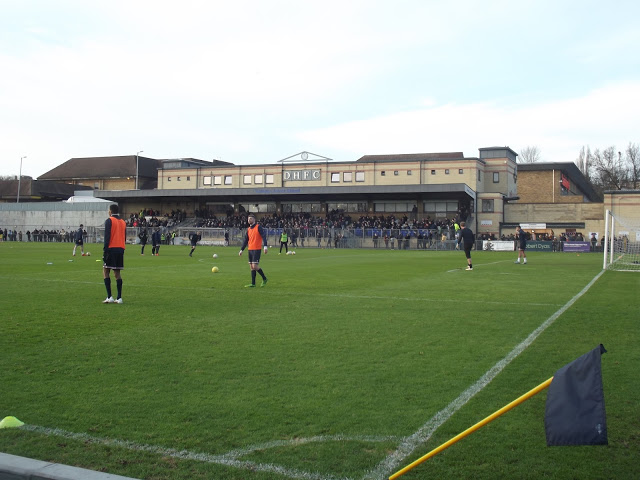 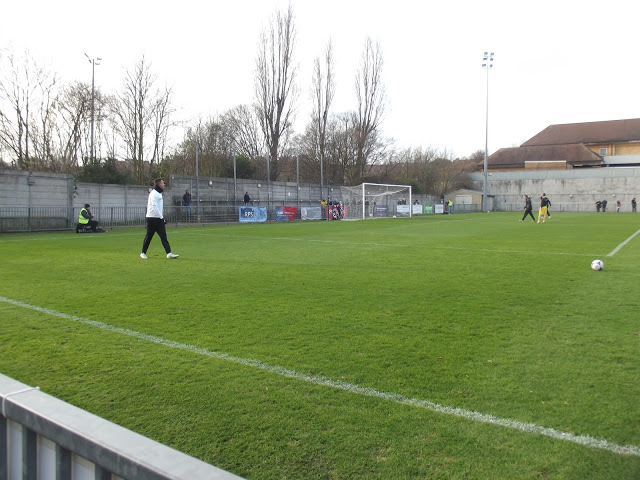