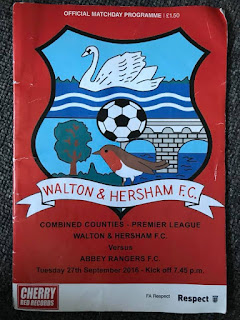 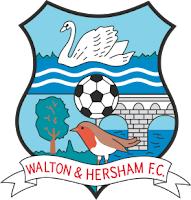 So it is Sunday afternoon and I remembered that I have not been groundhopping on a Tuesday night for a while so I made it my mission for this afternoon to find a new ground and a new team that I could go and ground hop to on Tuesday and the best way of finding the local teams to ground hop to is by using an app called Groundhopper which is an app which maps out all of the teams in the world and the nearest teams to you and you can tick off the grounds and games that you went to and it allows you to see what grounds that are near to you that you have not visited yet. 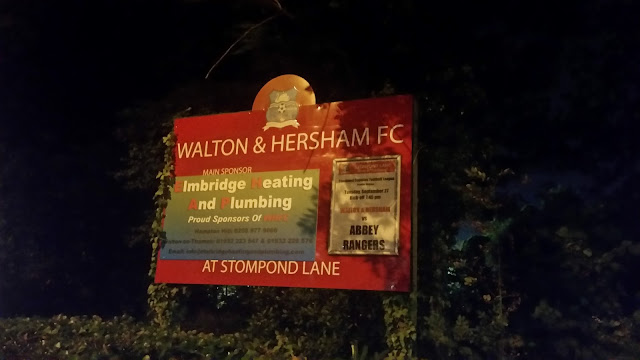 Whilst looking at this app for around 10 minutes I remembered that I have not been to watch Walton and Hersham yet and their stadium is only around a 35/40 minute drive away from where I live so I checked their website to see if they was playing at home and luckily enough they were playing at home on Tuesday against Abbey Rangers so this was the ideal game for me. I have been trying to go to Walton and Hersham for around two years now but I have never had the time to go there and especially last season I did not have the time because Sutton won the league and I had to revise all year for my summer exams. 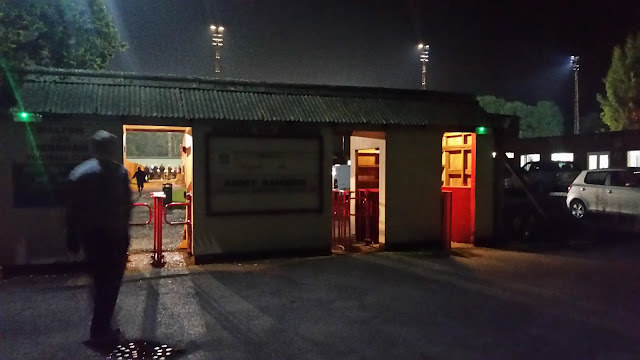 Walton and Hersham were founded in 1945 when Walton F.C. and Hersham F.C. amalgamated to form Walton and Hersham F.C. The club play in the colours of red and white and play their home games at The Sports Ground which is also known as Stompond Lane. The stadium has a capacity of 2,000 and there are 444 seats. The clubs nicknames are `The Sham`, `The Swans` and `The Waltz`. The club currently play in the Combined Counties Premier Division after being relegated from the Ryman Division One South last season (2015/16). The highest level that the club has ever played at is the Ryman Premier which they were promoted to in 1994. They also reached the FA Cup First Round in 1994. Over the past 20 odd years the club has been playing in the Isthmian League but they were relegated down to the Combined Counties Premier at the end of the 2015/16 season. 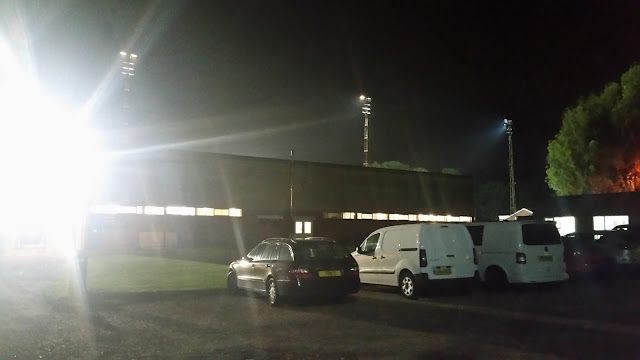 So Tuesday had finally arrived after a tough start to the week at college as I had quit a bit of work to do in terms of coursework as the course that I am doing is mainly coursework based. Today just felt like it was going really slow mainly because  I am really excited as I am groundhopping to Walton and Hersham tonight. So tonight's game were edging nearer and as every minute passed I got even more excited because I have been wanting to do Walton and Hersham for two years and now I am finally going to be doing it. I have also heard some good reviews about Walton and Hersham from my mate Russell who also does groundhopping. 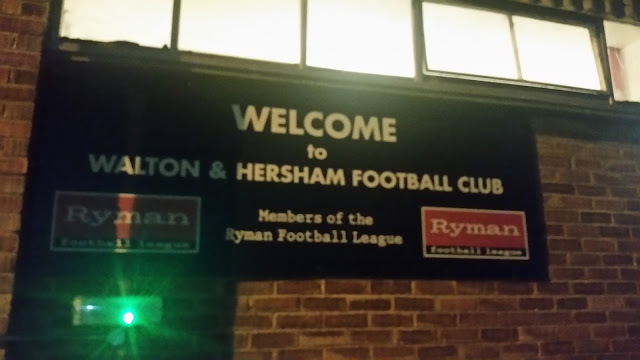 I got home from college at 1:50pm and I did some of my coursework that I needed to do which kept me busy until 4:30pm. I then I had dinner and then got my things for the night as I was staying round my dads tonight and I left my house at 6:10pm to meet my dad at Sutton Bus Garage as he finished work at 7pm. When then drove down the A3 into Walton to find that Walton High Street was closed off for road works meaning we had to go round the back way of Walton to get to the ground. 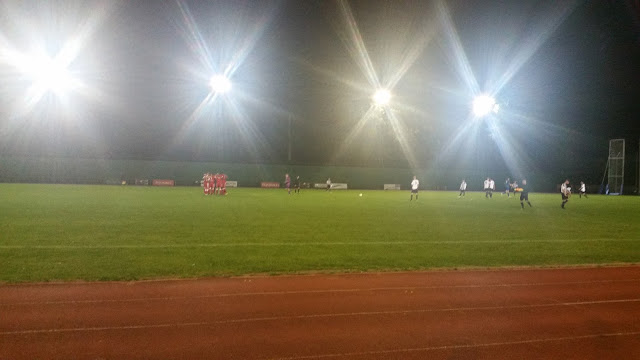 We got to the ground at 7:41pm and the first thing that I could see is the bright floodlights and the floodlights at The Sports Ground are some of the brightest floodlights I have ever seen. My dad quickly changed into his trainers and we walked to the ground and paid £11 for a adult, junior and a programme which is very good value. We then walked up to the pitch and watched the game. 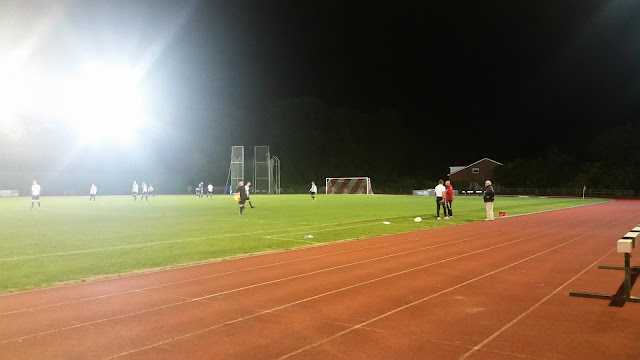 The Sports Ground is ground with a running track, but for one side at least, things are not as bad as at other grounds. The side as you go in is fairly close to the pitch and the big stand behind which holds 444 and offers great views from an elevated position. To either side of this there is open standing which could hold up to 500 roughly, even though it's little more than grass banking. To the goal behind the left there is terracing that would hold around another 500, though this is pretty useless as the view from there is terrible due to the distance from the pitch, whilst at the other end is little more than a walkway, but could hold about 100 at a push. The final stand, a large covered terrace which runs the length of the pitch, seemed to be set back a little further from the pitch than the seated side. This could hold around 1000. Despite all this, ground capacity is capped at 2000, though that isn't likely to be a problem unless they get a big cup game. There is a small bar that serves a limited selection of drinks and you can also buy club souvenirs from here. The tea bar meanwhile is very good considering the small crowds they get, with a pretty wide selection at reasonable prices. 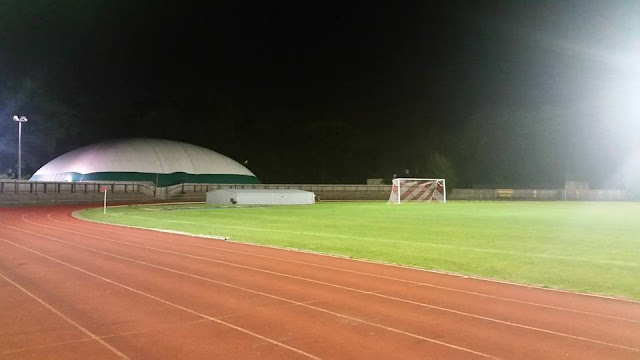 I then walked around the ground to take some pictures and then sat in the stand for around 15 minutes and then in the 30th minute, Walton and Hersham took the lead and after they scored we went and got some drinks and a sausage roll. The sausage roll was the only hot food that was available tonight and it tasted quite nice to be honest. We then went back up into the stand to finish our sausage roll and drink and then Abbey Rangers managed to score a header to put them back on level terms and the game the game remained 1-1 at half time. 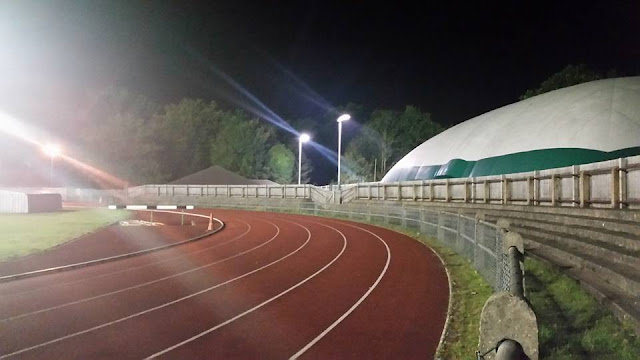 During half time, we decided to stand behind the goal that Walton and Hersham were going to be kicking towards and once we started walking round to the goal, the curved terrace reminded me of the old Collingwood Road End at Gander Green Lane which is quite similar to this terrace at The Sports Ground. We then talked about the first half and the first half was a really good half of football as both teams were showing confidence and were playing some really good football. 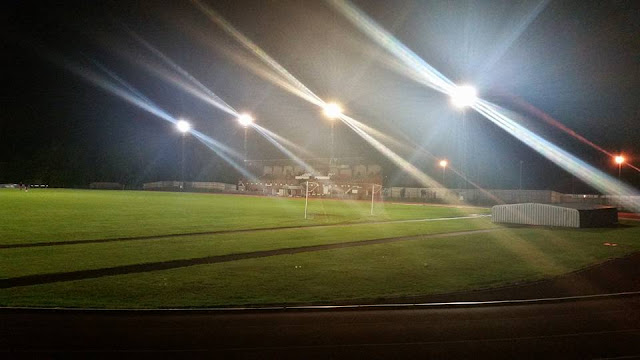 The second half finally started but it had become a lot colder but this didn't really bother me because standing out on a terrace on a cold night is all part of groundhopping and it made me feel even more like a groundhopper. When Walton and Hersham had a shot that went wide, I gave the ball back to the Abbey Rangers goalkeeper and we was able to have the quick joke which put me in a better mood than I already was in. 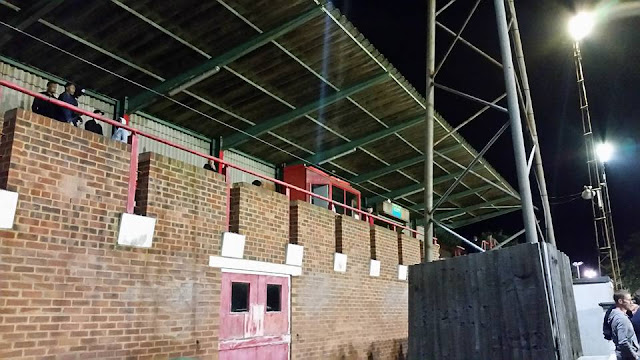 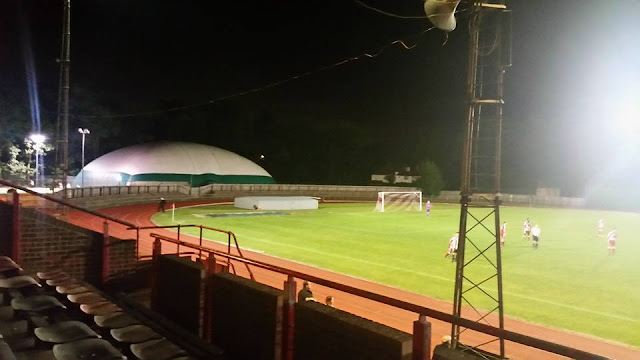 After the game finished, we clapped both teams for their efforts because it was a really good game as both teams had lots of chances, there was a penalty and both goalkeepers made some really good saves. We walked back to the car feeling very happy because I had been to another ground and I have got another ground under my belt and it means I dont have to worry about going to Walton and Hersham for the next few seasons. I got back to my dads at 10:40pm feeling very tired but very happy. I would reccommend going to Walton and Hersham if you like unique stadiums and really friendly clubs but if you go to The Sports Ground, do not expect to have a large attendance or the stadium to be bigger than you expected. 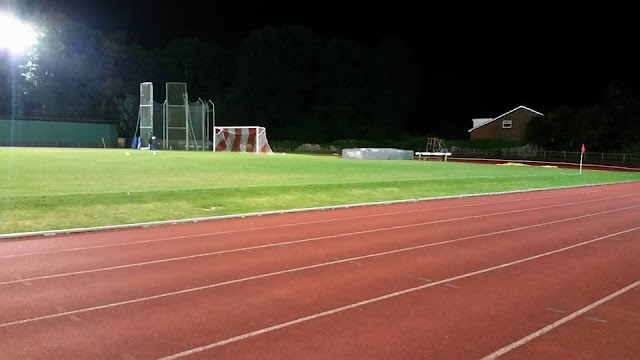 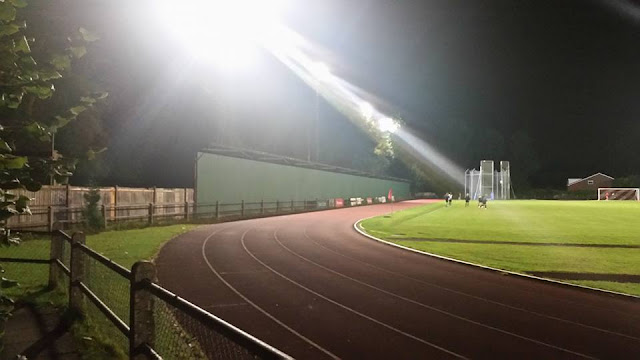 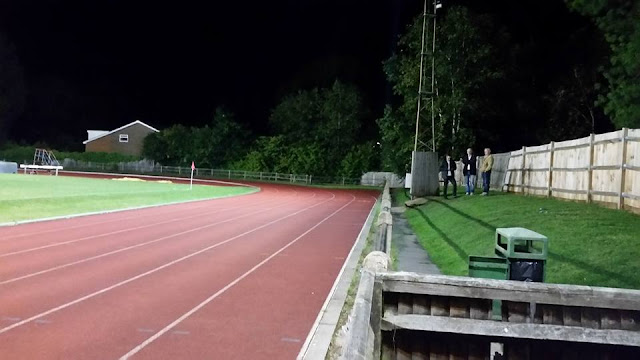 The quality of football tonight was very good in my opinion because Walton and Hersham looked very strong a side that is competing at county level and the team just looked like they were meant to be playing together. Abbey Rangers were also playing some decent football for the Combined Counties. 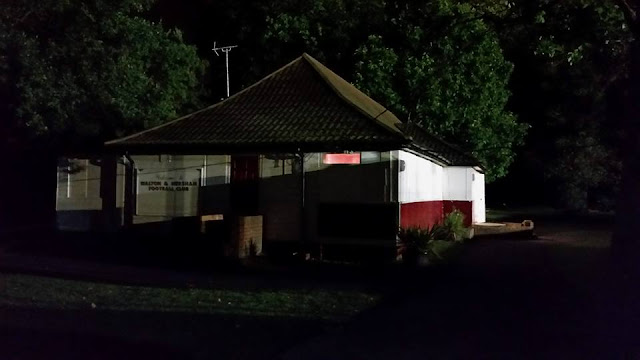 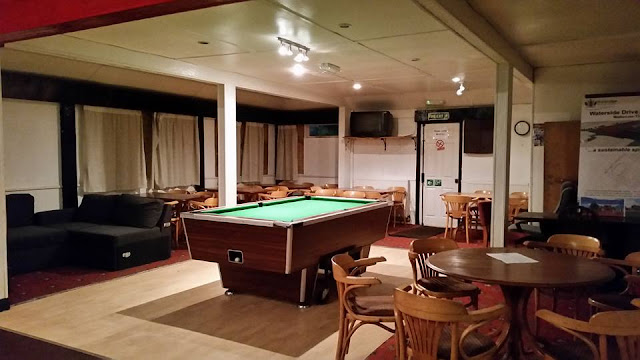 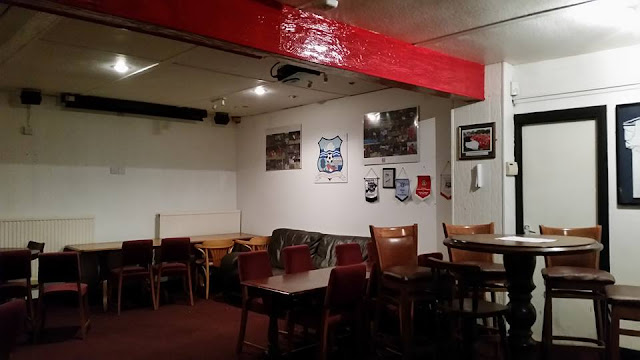 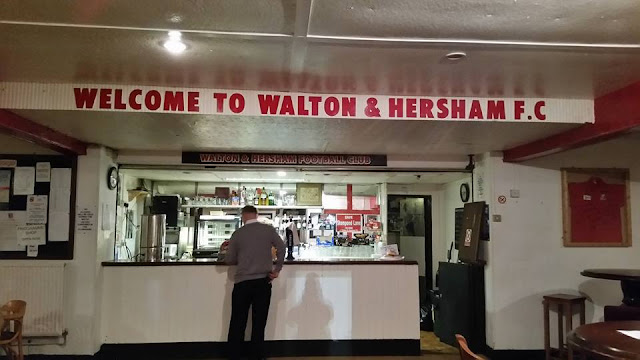 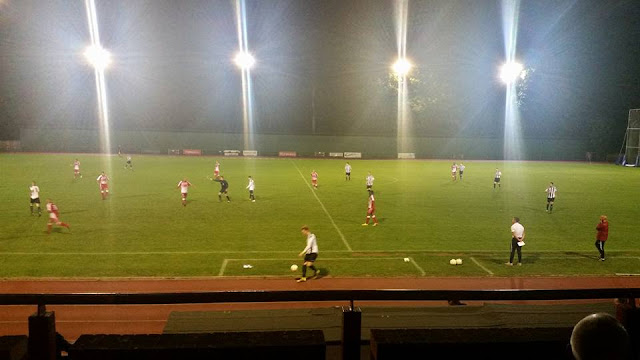 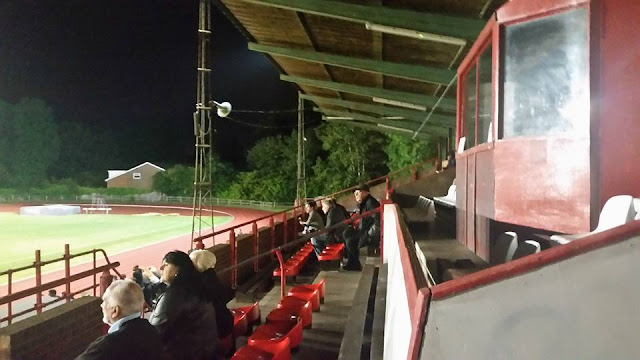 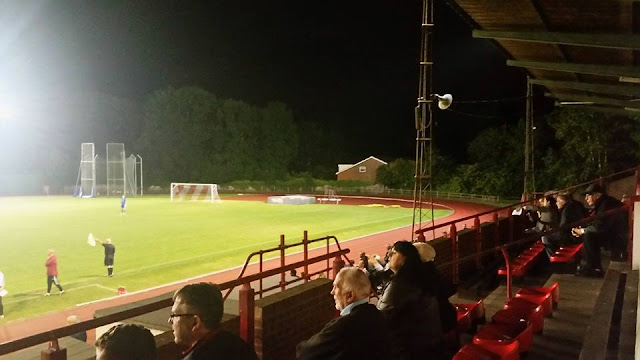 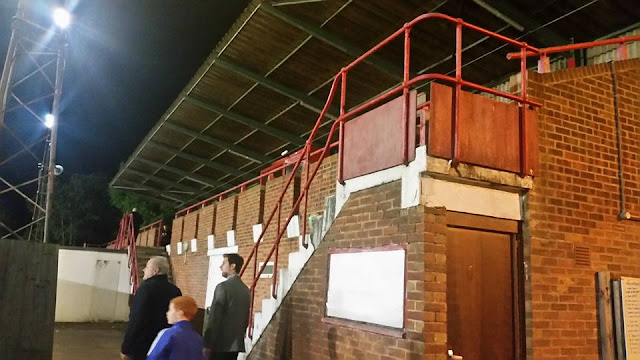 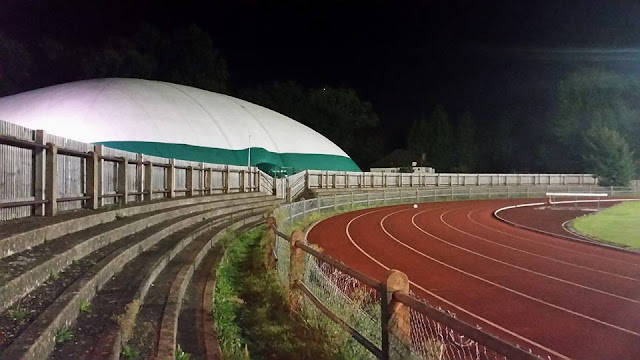 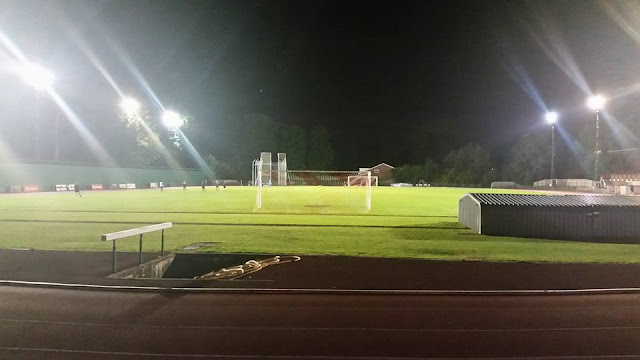 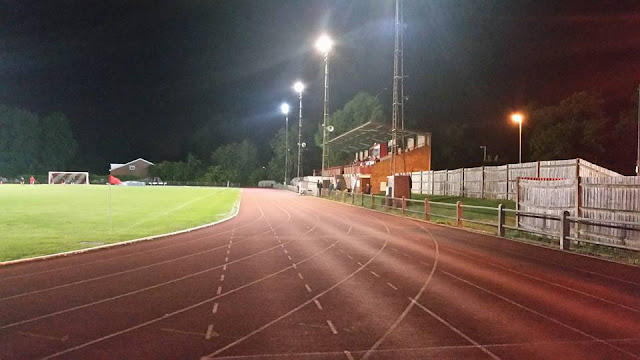 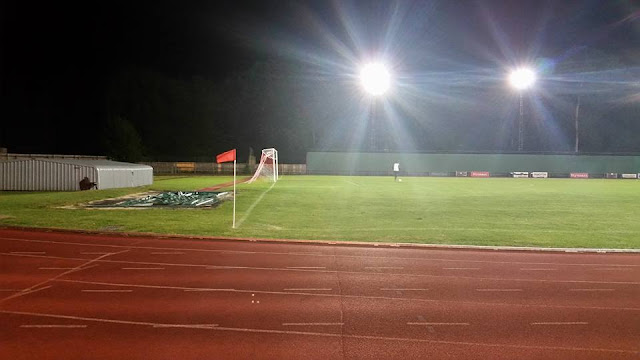 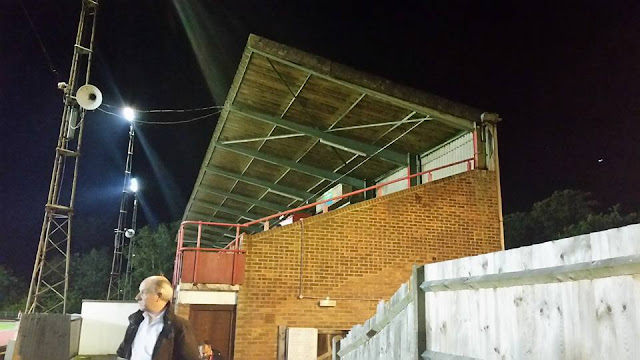 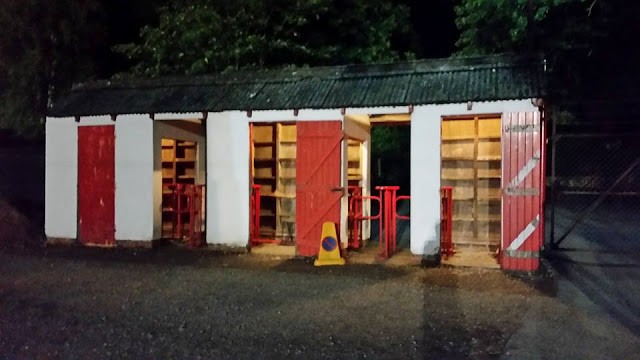