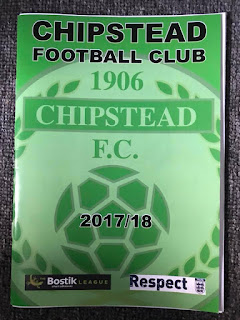 So after Sutton beat Barrow AFC 3-2 on Saturday, me and my dad were very much looking forward to Tuesday because our friend Jason had got us both some complimentary tickets for Chipstead vs Carshalton Athletic on Tuesday night and he had told us about this game around a month ago and ever since he said he could get us some free tickets, I was excited for the game. Jason has been heavily involved with Chipstead FC over the years and started going there since around 2008 and ever since we met him, he has always told us that we should come to Chipstead FC and on Tuesday night we would be. 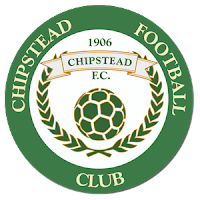 Monday was spent at home because I am not at college on Monday's, so instead of sitting in bored all day, I watched some highlights of previous Chipstead games so I could see what type of football they play and I also read some other people's reviews of their visits to High Road and they were all very positive and this made me more excited for the game. I also had time to look into the history of Chipstead FC. 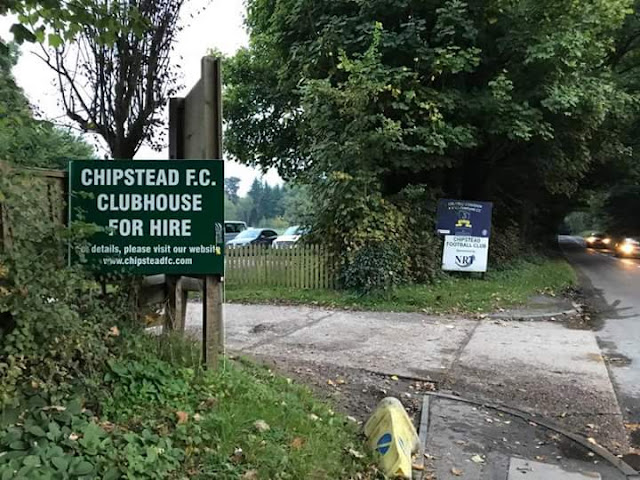 Chipstead FC were founded in 1906 and they are based a few miles from Chipstead in Surrey. The club's nickname is 'The Chips' and they currently play their home games at High Road which has a capacity of 2,000 and there are 150 seats. The club currently play in the Bostik League Division One South. The club was originally formed so that the locals could play against the workers who were building Netherne Hospital. The club joined the Surrey Intermediate League in 1962 and 20 years later in 1982, they joined the Surrey Premier League. Then in 1986, the club moved up to the Combined Counties and during their time in the Combined Counties, they won the Challenge cup 4 times. The club were then promoted to the Isthmian Division One South (Now Bostik League Division One South) at the end of the 2006/07 season and club still remains in the same league till this day. 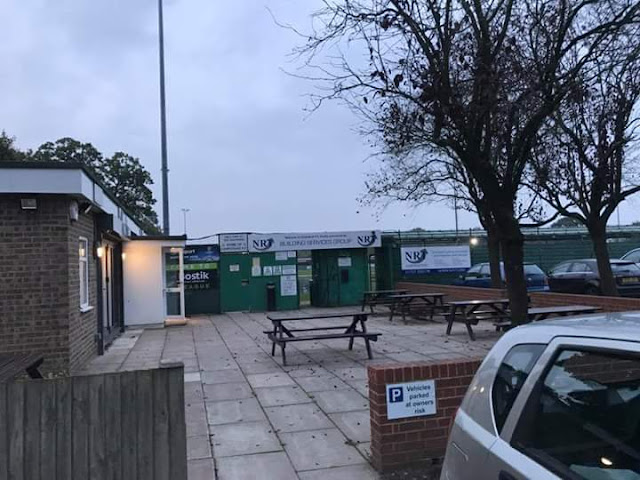 Tuesday arrived and I woke up at 9am feeling very excited for tonight's game but unfortunately, I had college this afternoon from 1:30pm-4:45pm which isn't too bad as it takes my mind off the game and the day can go a bit quicker. I had a shower after waking up then had breakfast then watched some TV before leaving for college at 12:15pm. College was fairly easy today as it was just typing up a couple of assignments which meant it was a fairly chilled day today. I finished college on time and my dad was in the college car park waiting to pick me up and we drove to McDonald's for dinner and I got a Big Mac and chips with a McFlurry and my dad got a Chicken Legend Meal. 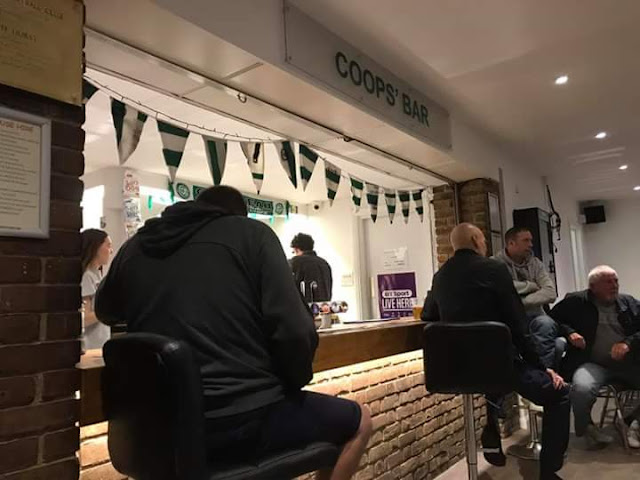 After eating dinner, we went round to Jason's house to pick him up but seeing as it was only 5:30pm, he invited us in for a coffee but I had a glass of water instead as I don't like coffee. We then left Jason's house at 6:10pm and made the short journey to Chipstead. We had to follow Jason's directions because we hadn't been in this part of Surrey before and because we didn't know where the ground was. We arrived at High Road at 6:40pm and I took a couple of pictures then we went inside the bar. The bar is quite big and has a decent range of drinks. Jason got a small coke, I got a small Coke Zero and my dad got a bottle of J2O and together that cost £3.90 which is very cheap. 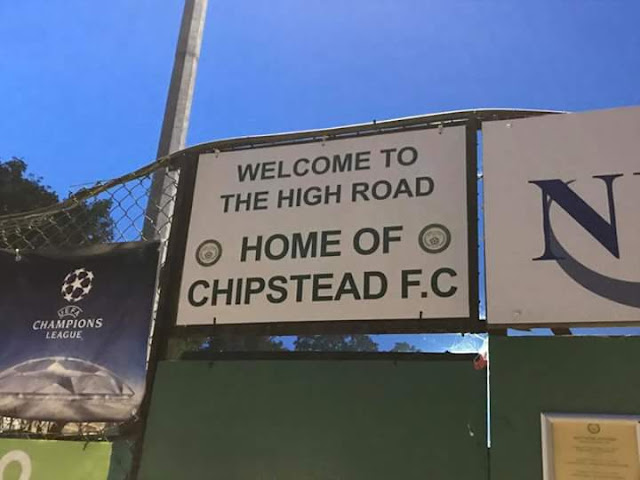 I then purchased a Chipstead FC pin badge in the bar which cost £4 which isn't too expensive and at 7:15pm, we headed into the ground. Seeing we had complimentary tickets, we didn't have to pay but if we did pay, it would have cost my dad £9 and £6 for me which very reasonable. We also got a free match day programme each which is very good. We then walked round the ground to take some pictures. 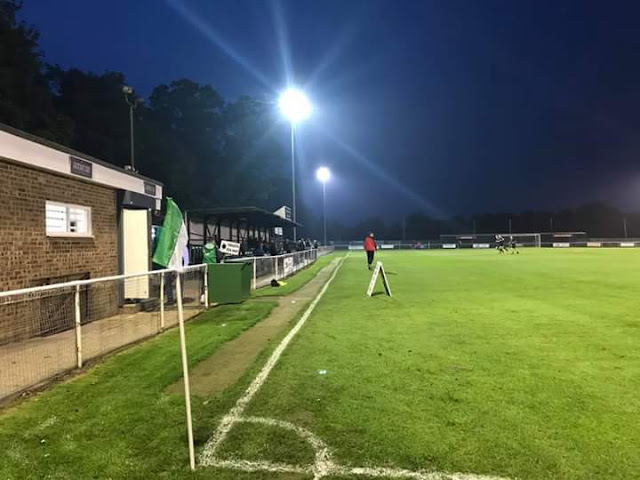 High Road is a very small and simple stadium but I really like it. It has a capacity of 2,000 and there are 150 seats. The main stand is quite small and holds 150 seats. Opposite the main stand is a narrow walkway with no cover. Behind one of the goals is a covered terrace situated to the left of the goal and can holds around 100 people. Behind the other goal is another covered terrace that can hold about 75 people. The ground is very small but I really like it. 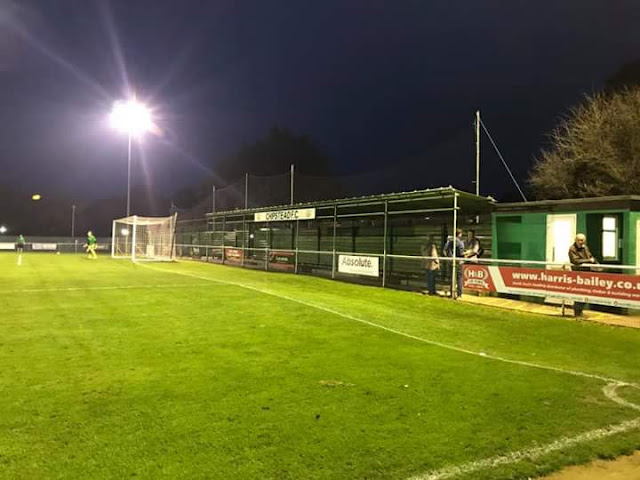 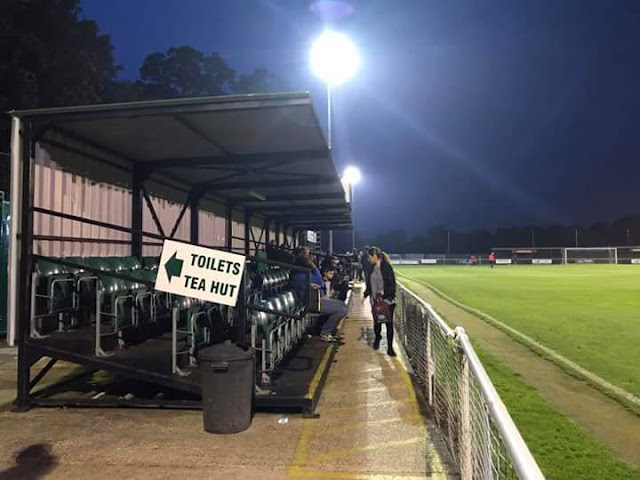 Chipstead seemed to feed on the confidence of Carshalton and in the 14th minute, Sam Bell put Chipstead back on level terms with Carshalton. Chipstead quickly took the lead after equalising and scored again in the 20th minute via Leon Lalor-Dell. I then got chatting to a guy called Les who lives in the Chipstead area but supports Watford and we talked about Sutton's success in recent years and about groundhopping. 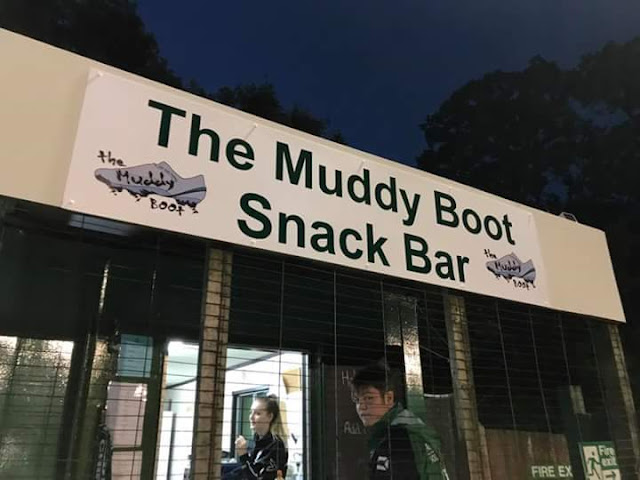 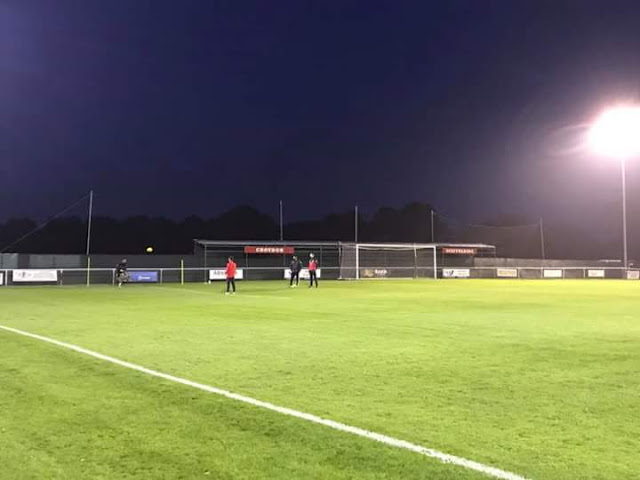 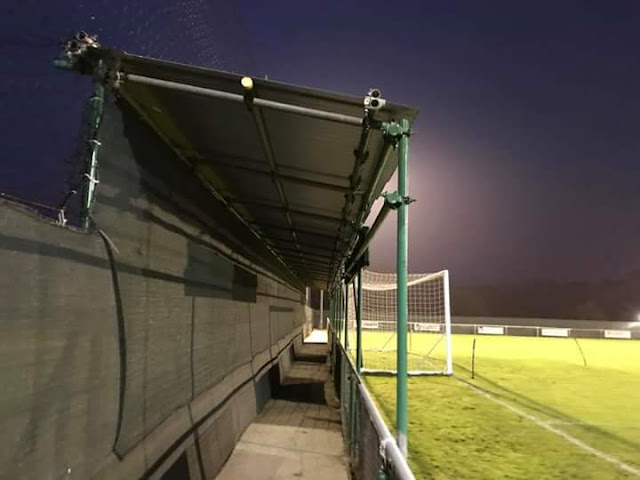 Chipstead had chances to try and get back into the game yet being 4-2 down but they left it a bit late but they did find a crucial goal to get back into the game in the 85th minute via Liam Harwood. Chipstead were back in the game and had a few chances to get the equaliser but failed and it finished Chipstead FC 3-4 Carshalton Athletic. We headed out of the ground feeling happy that we had finally visited Chipstead FC but we were disappointed that Chipstead didn't get anything from the game. All in all, tonight cost around £15-£20 and it was well worth the money because I enjoyed every second of my time at High Road and I will be trying to go there at least 2-3 times every season now and I would highly recommend it. 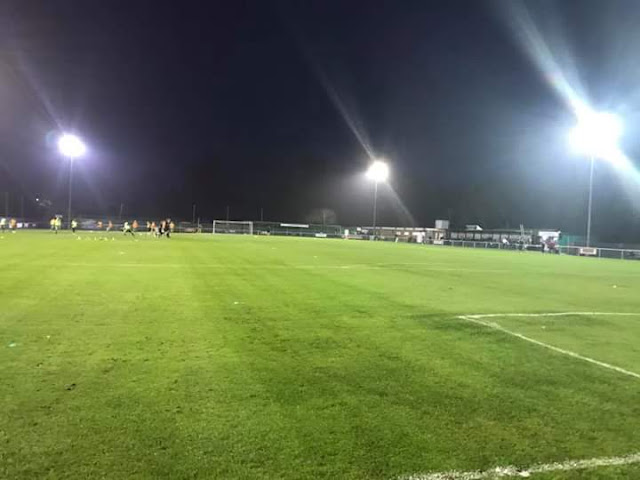 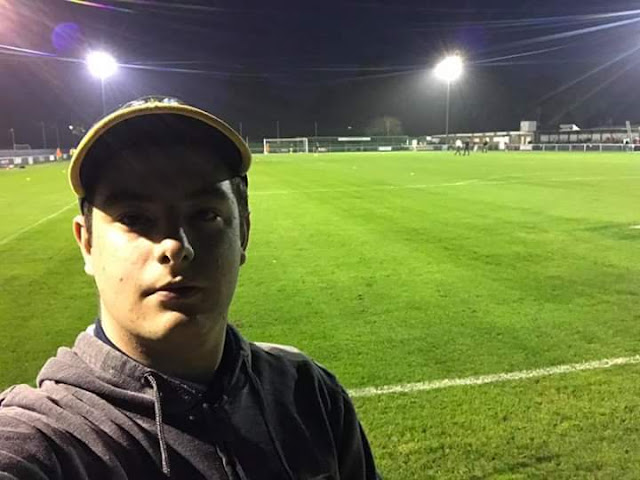 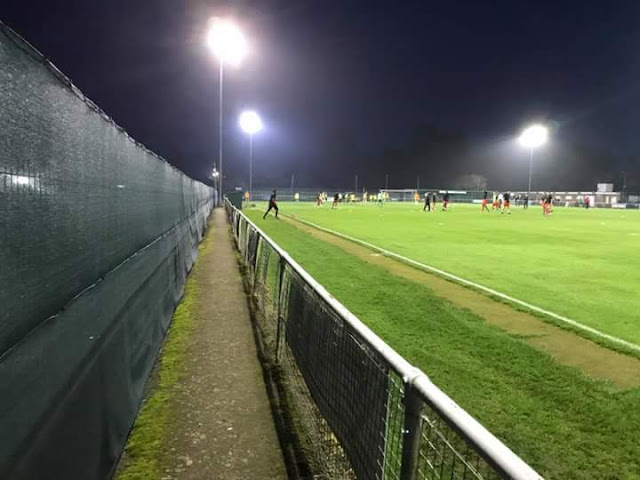 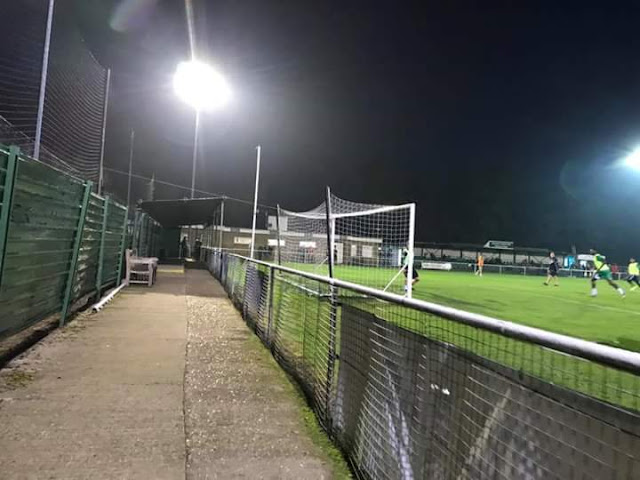 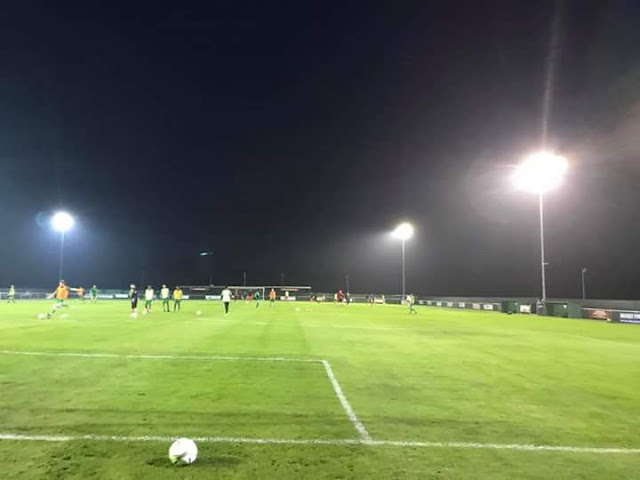 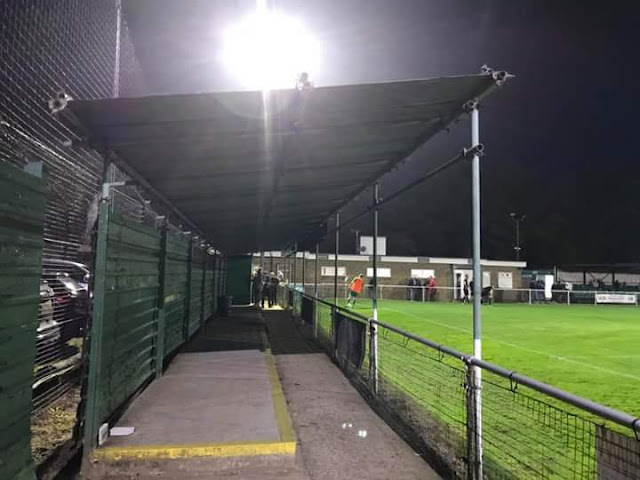 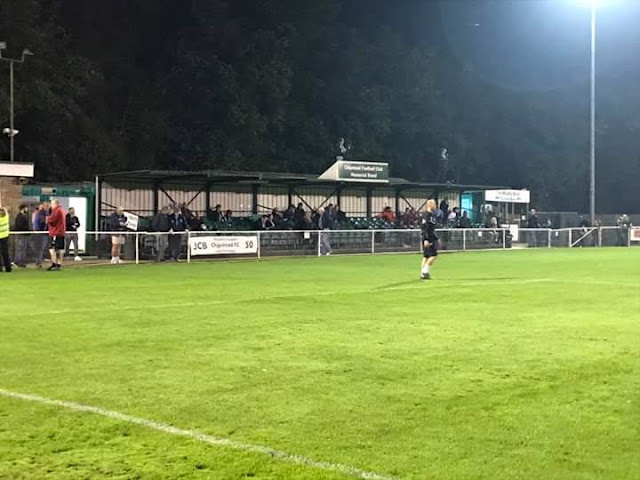 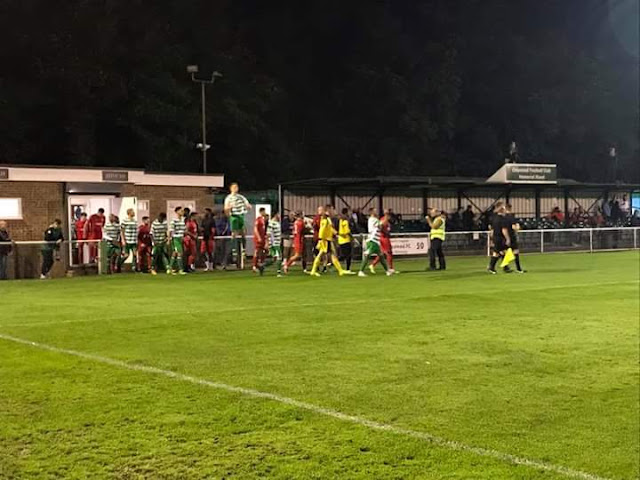 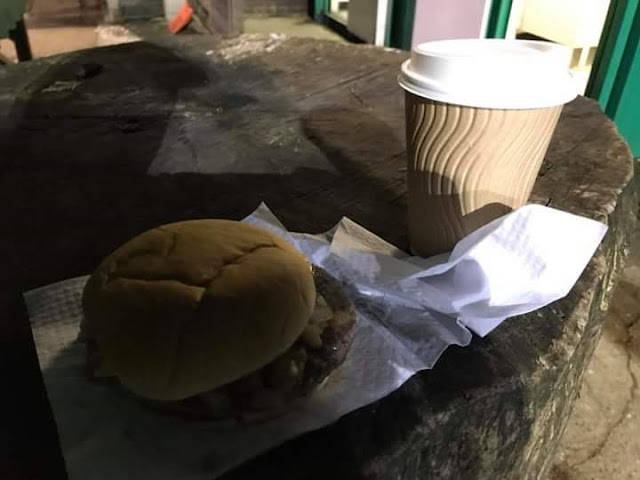 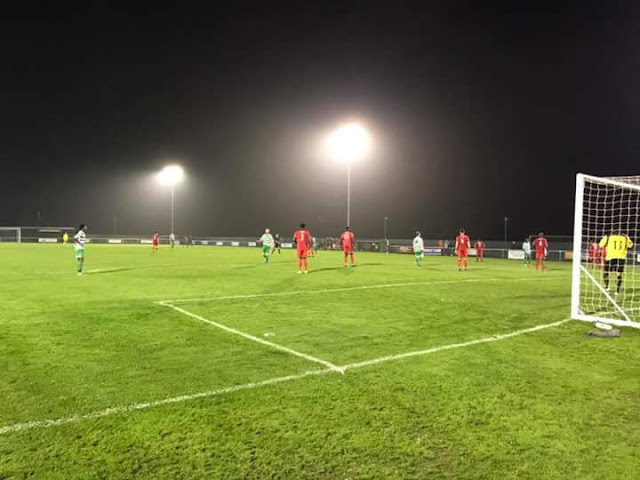 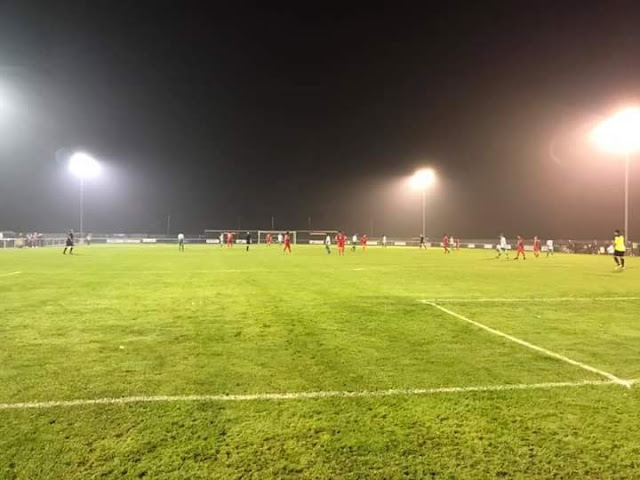