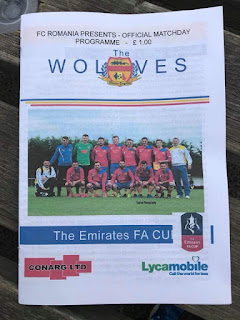 So after groundhopping to Motspur Park on Friday night with my dad and fellow groundhopper Jason to watch the Fulham U23's and watching Sutton lose 2-0 away to Woking today (Saturday), I was in search of some Sunday afternoon football after getting back from Woking to round off a weekend of football and there were not many local games except for a couple and there was one that stood out and that game was FC Romania vs Hayes and Yeading in the FA Cup 2nd Qualifying Round.

The reason why this game stood out from the other couple of local games is because back in the 2014/15 season, Sutton played FC Romania away in the FA Cup and won 3-2 and ever since I missed that game, I have said to myself that if there is an opportunity to go to FC Romania, I will try and go and this Sunday was the opportunity to go to Cheshunt to watch FC Romania and also because my groundhopping friend Russell was going to the game as well and we haven't seen each other for over a year and it would be a good chance to catch up. FC Romania don't actually have their own ground, they groundshare with Cheshunt FC at the Cheshunt Stadium. 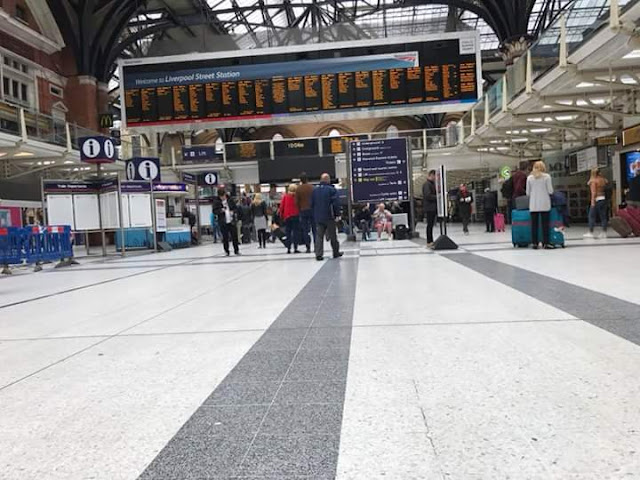 After deciding that I would go to FC Romania vs Hayes and Yeading tomorrow, I started to look at the ways we could get to Cheshunt and the easiest way to get there was the Undergound to Liverpool Street then get the Overground to Theobalds Grove then walk 5 minutes to the ground. After finding a way to get to Cheshunt, I looked into the history of FC Romania. 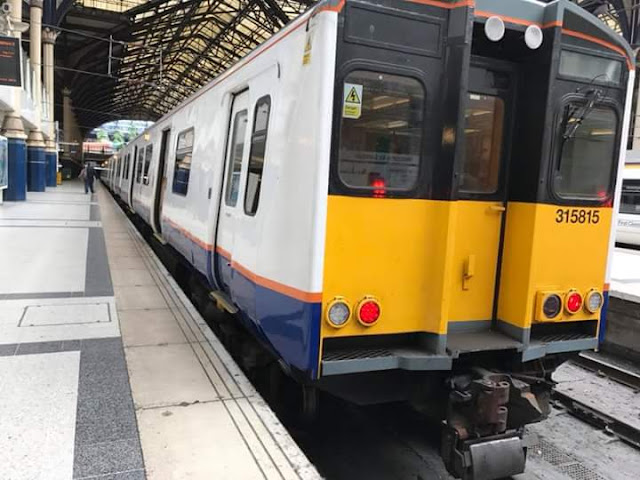 FC Romania were formed in 2006 by a Romanian local. The club are based in Cheshunt and they groundshare with Cheshunt FC (since 2012) as they do not have their own ground. The Cheshunt Stadium has a capacity of 3,500 and there are 424 seats. The clubs nickname is 'The Wolves' and they currently play in the Essex Senior League. The club started out as a Sunday League side but they joined the Essex League in 2008. In 2010, they joined the Middlesex County League. The club was financed by its players until 2010 and in 2011, Conrag LTD helped sponsor the club and they still do. The club had a short spell in the FA Vase in the 2012/13 season and their highest achievement is getting to the FA Cup 3rd Qualifying Round in the 2014/15 season but lost to Sutton United. 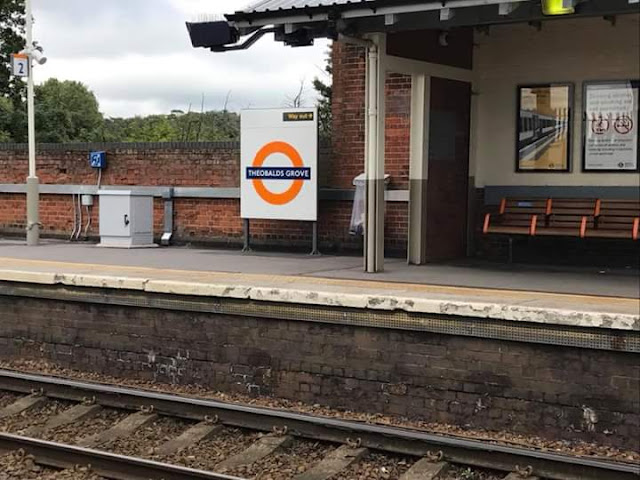 After looking through the history of FC Romania, I had dinner which was chicken and chips. I was still annoyed that Sutton hadn't picked up any points at Woking, but I had tomorrow's game to look forward to now and especially as it would be another new ground for me (ground 57). I had a shower after eating dinner then went on my phone before going to bed at 10pm as we had to be up at 8am tomorrow as the game was a 1pm kick off. 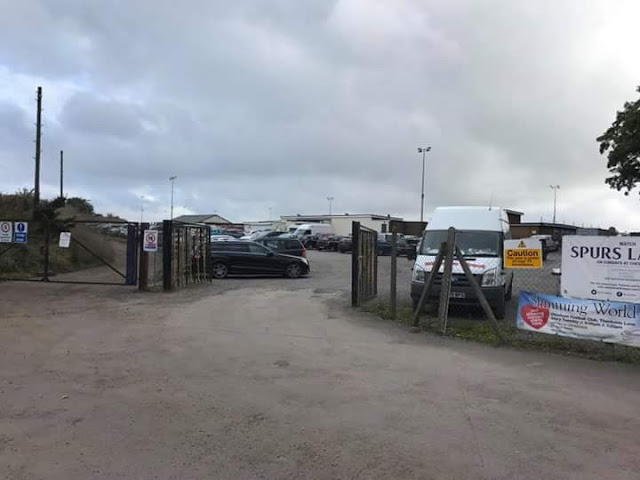 I woke up at 7:30am feeling quite refreshed as I had gotten a good nights sleep and I was quite excited for today's game between FC Romania and Hayes and Yeading in the FA Cup 2nd Qualifying Round. I had breakfast which was some toast and a breakfast bar and my dad had cereal and toast. After eating breakfeast, I had a quick wash then got dressed and by the time I had done that, it was 8:30am. We then sat down and watched some TV before leaving my dads house at 9am. 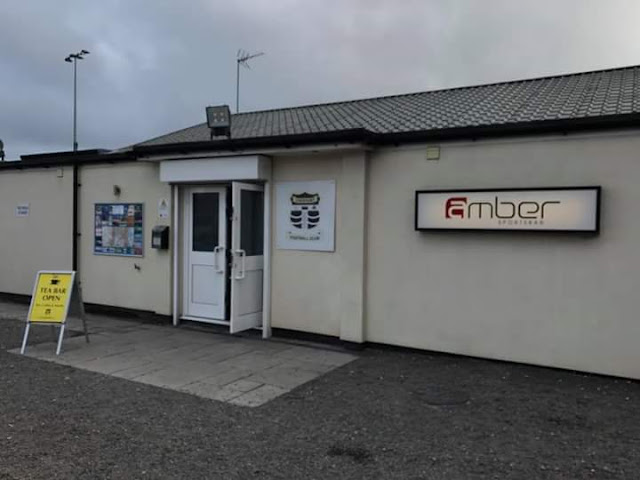 We drove up to South Wimbledon and got the bus into Wimbledon and then quickly put money on my oyster card then got on the tube. We stayed on the District Line until Notting Hill Gate then got on the Central Line to Liverpool Street. We arrived at Liverpool Street at 9:55am and I brought back memories from coming here for Chelmsford away over a year ago. We saw a few people wearing Hayes and Yeading coats and ties so we guessed that they were club officials. We looked at the departures board for the next Overground train to Cheshunt and the next one was in 20 minutes which wasn't too bad. 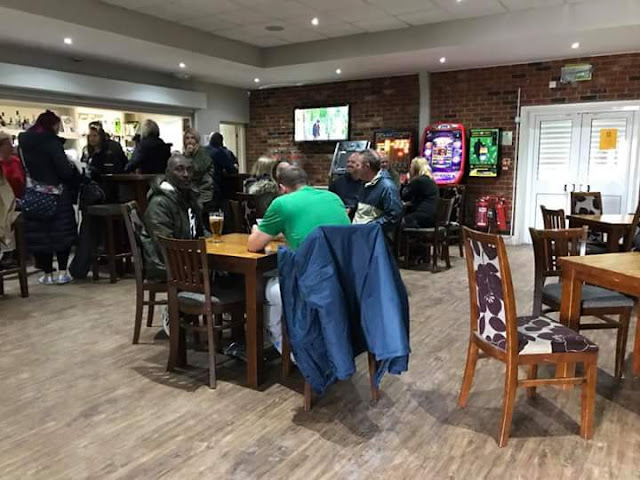 I quickly went to the toilet in the station then we walked up to the platform and went on the train and waited for it to leave. I was quite disappointed that we got an older Overgound train but as long as it gets us to Cheshunt, it doesn't matter. The train left on time and I felt happy that we chose to go by tube and overground rather than car as I am currently in the process of visiting all the stations on the tube, overground, DLR and trams and it would allow me to get another few stations ticked off. 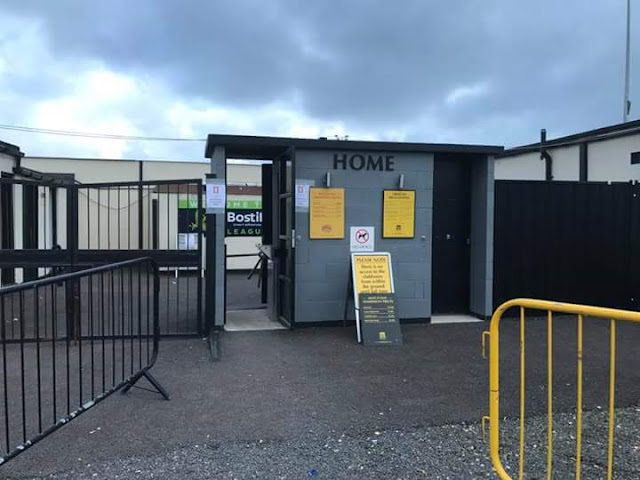 We were pulling into Theobalds Grove which is the nearest station to the ground but we decided to stay on the train until Cheshunt and then got the train one stop back. We arrived back at Theobalds Grove at 11am. We then found a local cafe by the station and decided to get lunch in there and my dad decided to get a tea and chicken sandwich whereas I went for my normal order of a bacon sandwich and milkshake and they tasted very nice. By the time we had finished lunch, it was coming up to 11:30am so we decided to walk to the ground now. 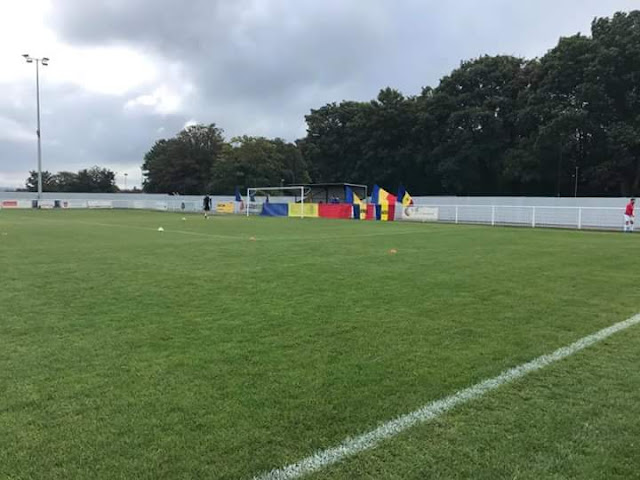 Whilst walking to the ground, we talked about our thoughts of the game ahead of us and our memories of our previous games against Hayes and Yeading and how they always used to put up a good fight against us and today we were expecting to see some fight and passion from both teams. Once we arrived, we went in the bar andit was quite busy and the bar itself isn't very big but there are TV's and a good range of drinks. We then went into the ground at 12:10pm and it cost £4 for me and £6 for my dad which is very cheap. I also saw that they were selling FC Romania merhandise and I saw a FC Romania pin badge for £2 so I purchased that. We then walked around the ground to take some pictures. 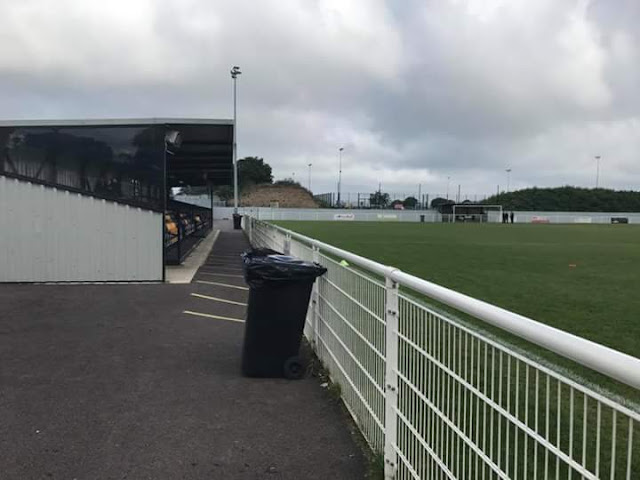 The Cheshunt Stadium has a capacity of 3,500 and there are 424 seats. The ground is very basic and simple but I really like. There is a small seated stand alongside the pitch that seats around 220 and then opposite this small seated stand is a larger and older stand which is very far from the pitch and holds around 200 seats. Then behind both goals are two small covered terraces that were recently added. 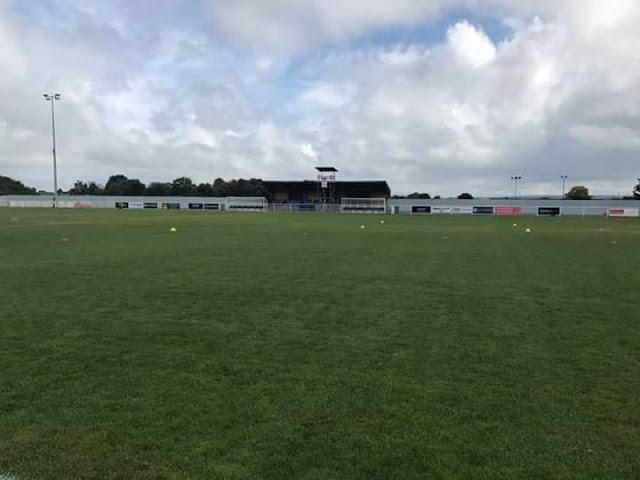 After walking round the ground to take some pictures, we went to the tea bar to get a drink and I got a Fanta lemon and my dad got a coffee. We then went and sat down and read the match day programme. By the time we had finished reading the match day programme, Russell had arrived and he came over and said "hello" to us and he then went around the ground to take some pictures. Russell then came over and stood with us on the side of the pitch and we had a good catch up on the grounds we had visited since we last saw each other. 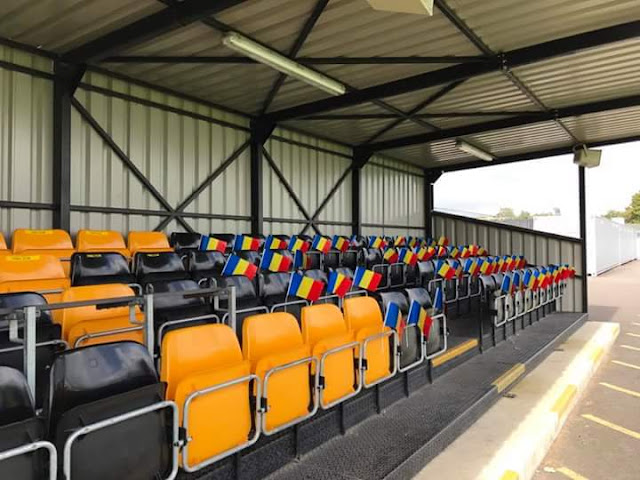 The teams came out just before 1pm and the Romanian Ultras behind the goal banged their drums and let off party streamers to show their support for FC Romania and you could see how much it meant to the fans. The game started and Hayes and Yeading were dominting the first part of the first half and it rewarded as Hayed and Yeading took the lead after 11 minutes. After going 1-0 down, FC Romania seemed to play better and after a good effort of passion, FC Romania found the equaliser in the 27th minute and the FC Romania fans went wild. There wasn't much action in the remainder of the first half but me and Russell mainlg talked about groundhopping during the game. 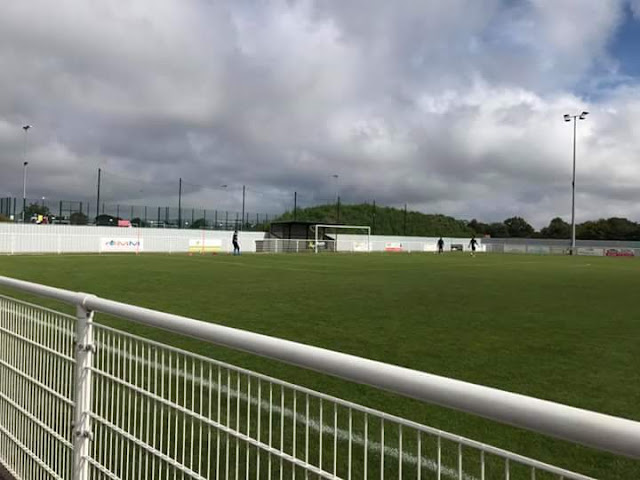 During half time, we went round to the tea bar again but this time to get something to eat and my dad went for a bacon roll and I went for a cheeseburger and my dad got another coffee and I got a Fanta fruit twist. The cheeseburger tasted really nice and my dad said the bacon roll also tasted nice. After eating, we then went and stood back alongside the pitch again with Russell. The second half started and FC Romania started the game with a flying start as they took the lead 5 minutes into the second half. The Romanian Ultras had been very good so far with their flags, drums and Romanian songs and they continued to sing as the game went on. 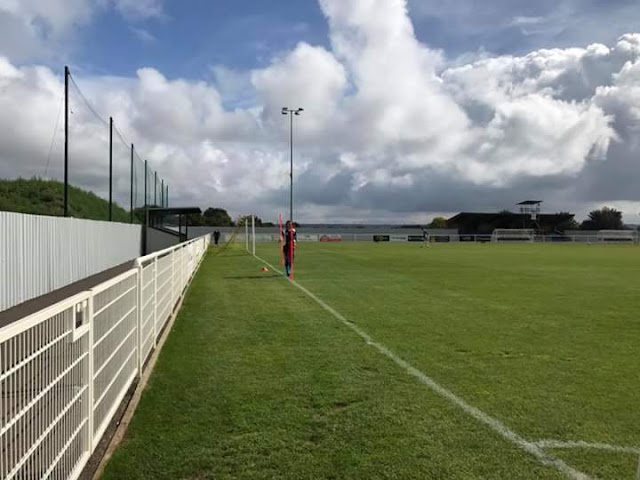 It was a shame to see that Hayes and Yeading had onky taken around 30 fans but they were singing quite loud for such as small away following. The next 20 minutes were quite even with both teams creating chances but they failed to score. Hayes and Yeading were awarded a life line when one of their players was tackled in the bix and were awarded a penalty and converted from the spot and with under 10 minutes to go, it was anyone's game. FC Romania dominated the last 10 minutes and were creating chances and we all thought they would get a late winner and seeing as we had all predicited a 3-2 FC Romania win, it looked like it would happen but it didn't and the game finisned 2-2 but Hayes and Yeading beat FC Romania 2-0 in the replay. 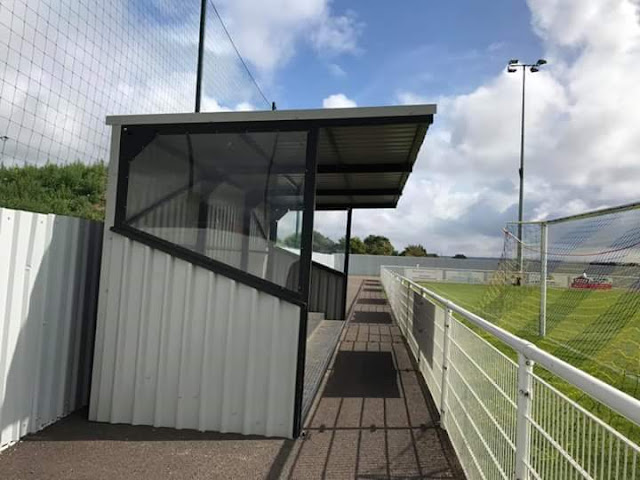 We said goodbye to Russell and said we would try and catchup again soon. We walked out of the ground feeling happy that we had visited a new ground, finally visited FC Romania but we a bit sad that FC Romania couldn't get a late winner. We walked back to Theobalds Grove and we only had to wait a few minutes for the train. Whilst on the Overground, we realised that instead of going back to Liverpool Street, we could get off at Seven Sisters and get the Victoria Line down to Stockwell and get the Northern Line back down to South Wimbledon. 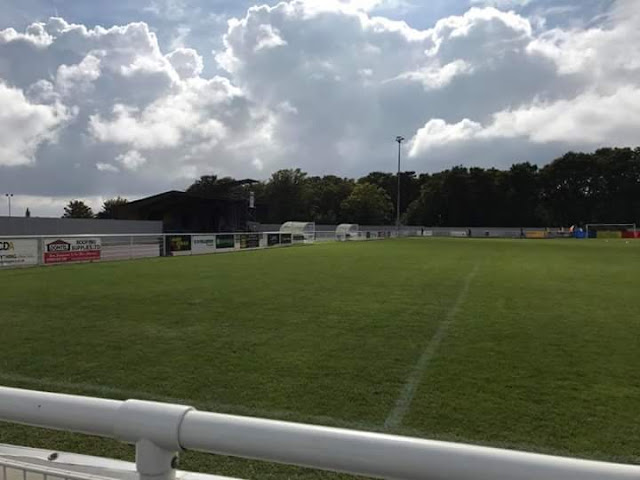 We got off at Seven Sisters and changed to the Victoria Line and then got off at Stockwell and got back on the Northern Line and got off at South Wimbledon and then walked back to the car and we got back to my dads at 5:20pm. I would defintely recommend going to FC Romania because the atmosphere is really good and the stadium is really nice for such as small ground. 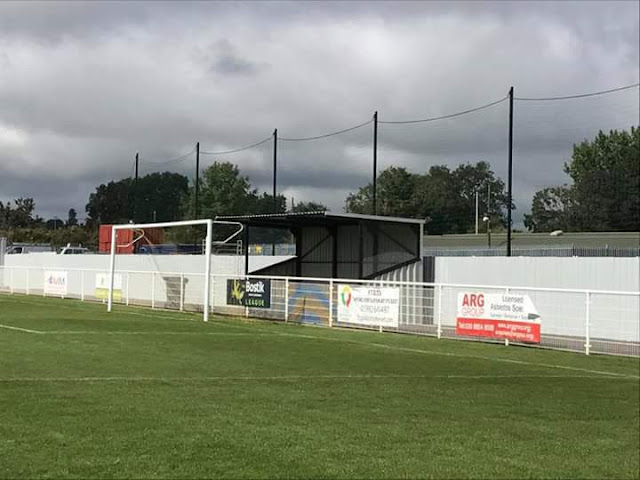 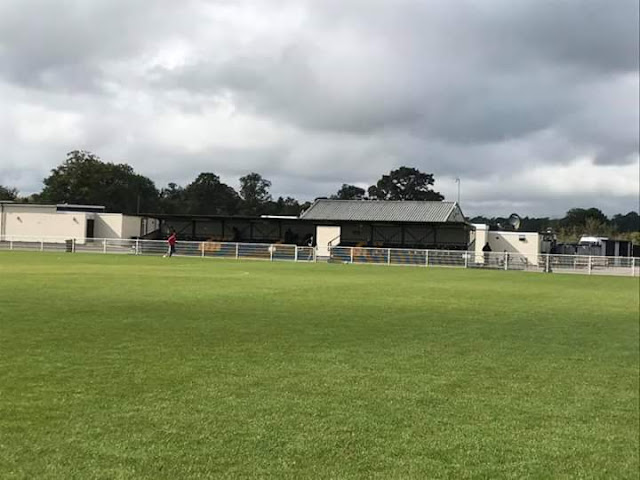 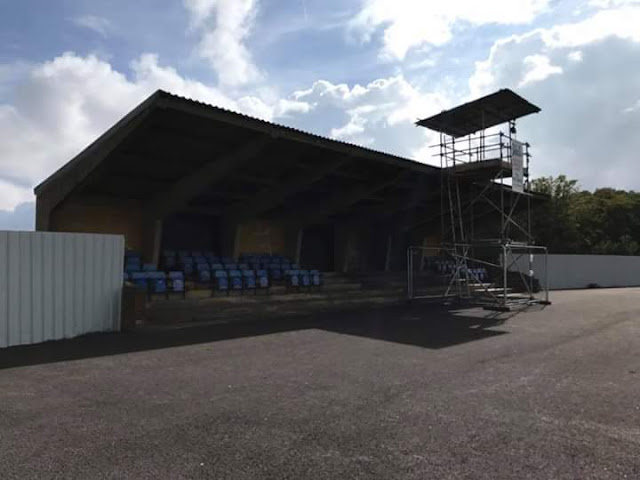 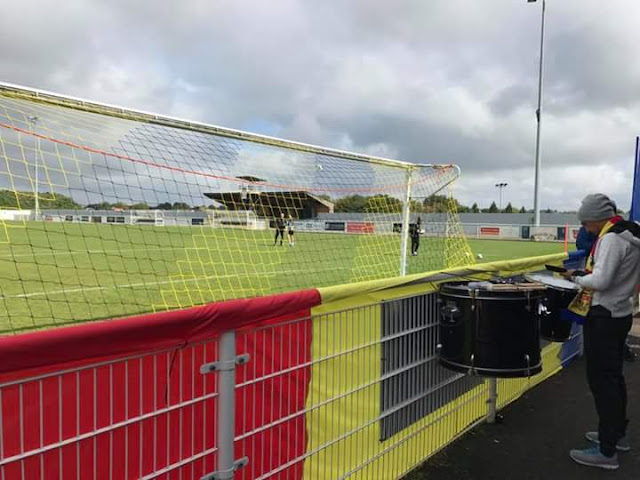 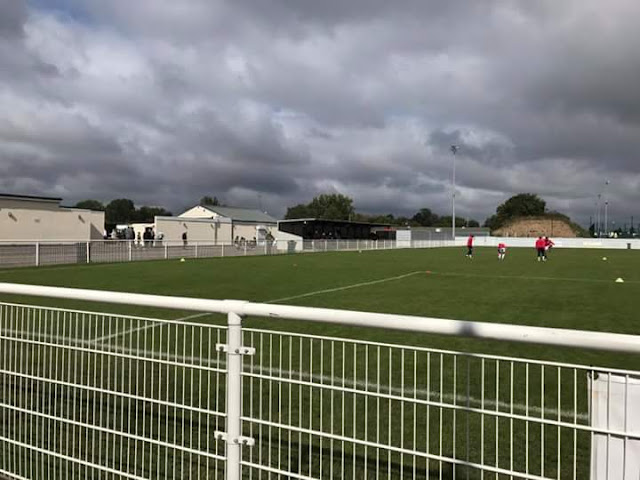 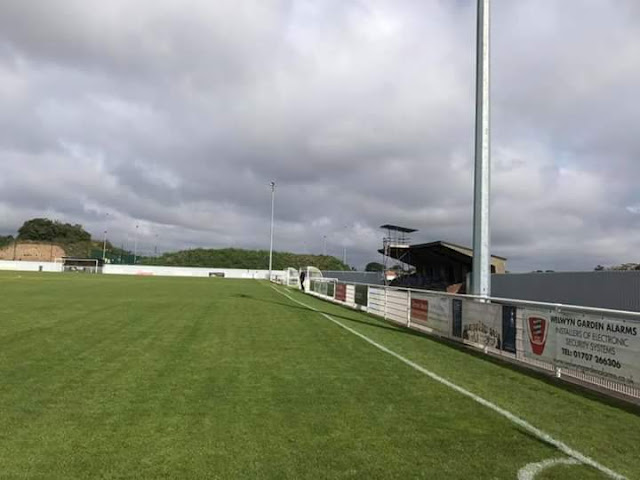 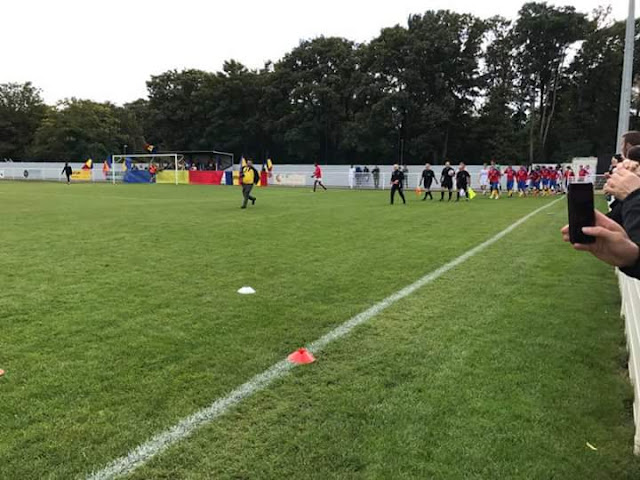 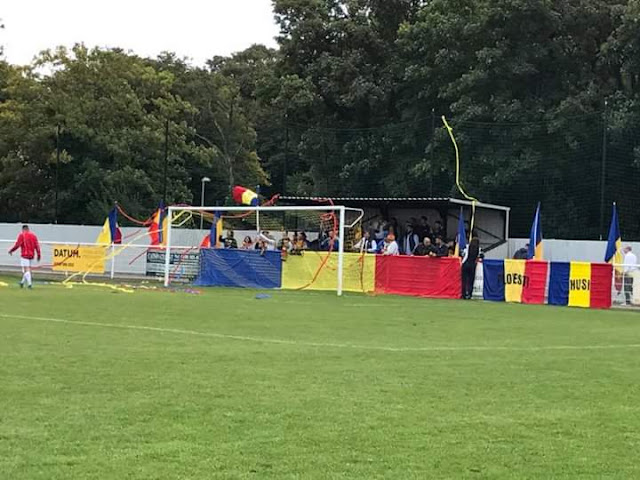 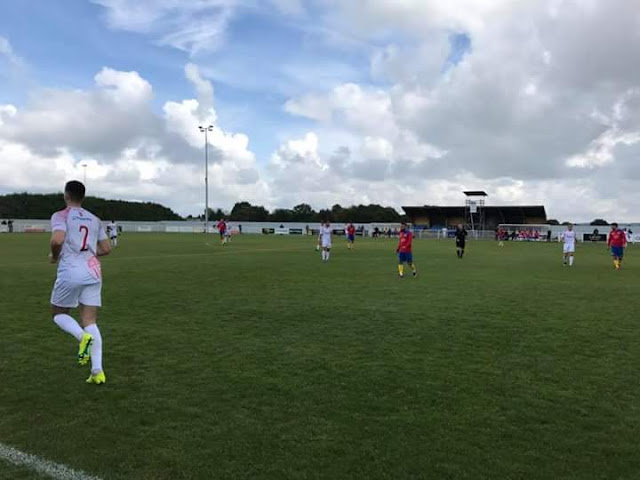 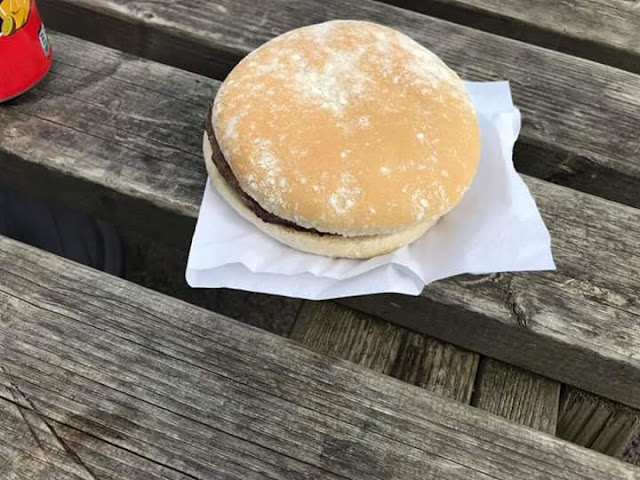 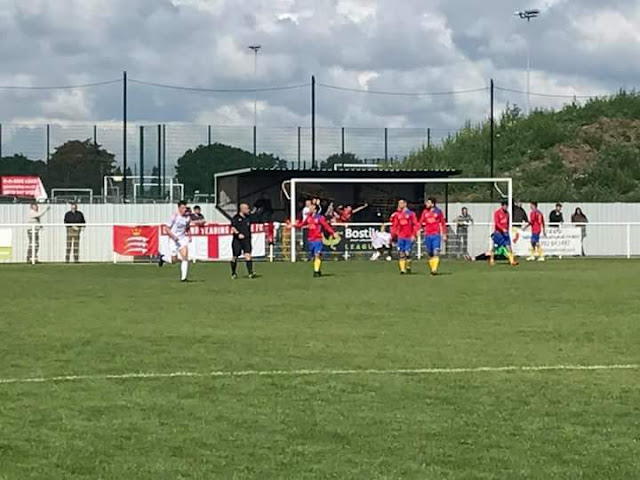 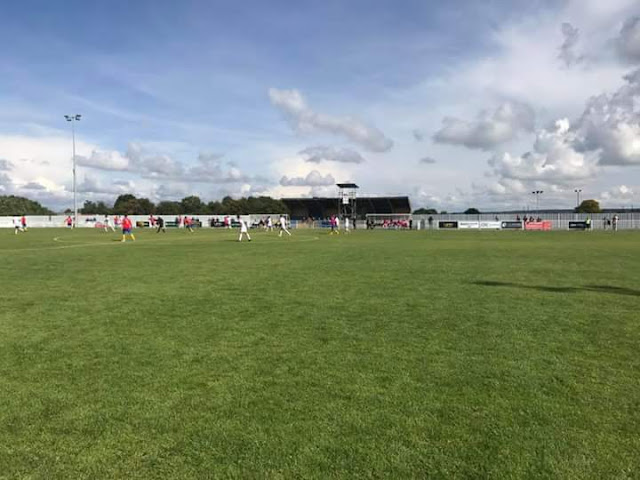