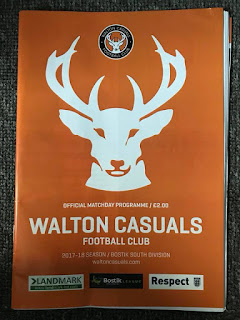 So after groundhopping to High Road on Tuesday night to watch a great game of football between Chipstead and Carshalton Athletic, it was time for some more groundhopping this weekend because I am unable to go to Wrexham AFC vs Sutton as my dad doesn't finish work until 1:30pm and we wouldn't get to North Wales in time so that meant only one thing, we would have to groundhop to a local game and try and visit a new ground. On Friday evening, I was looking on the Groundhopper app to see what local games were available on Saturday and there were a lot of local teams but they were all grounds/teams that I have visited before and I was really keen on visiting a new ground as it would mean I would have visited two new grounds in the space of 4 days. 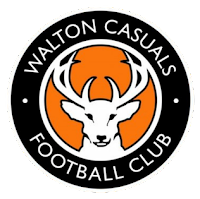 After looking through the list of games for about 20 minutes, I noticed that Walton Casuals were playing at home to Hastings United and a few weeks ago, Walton Casuals opened their newly built stadium as they moved from their old stadium (Waterside Stadium) a few seasons ago to make way for a new stadium and they had to groundshare with Merstham and Whyteleafe for one season each and they were returning back to Walton on Thames. I really liked the thought of going to Walton's new ground a few games after it has just opened so I called my dad to see if he thought going to Walton Casuals would be a good idea and he did so we had decided that our groundhopping choice for tomorrow was Walton Casuals vs Hastings United. After calling my dad, I watched some TV and then went to sleep at 11pm. 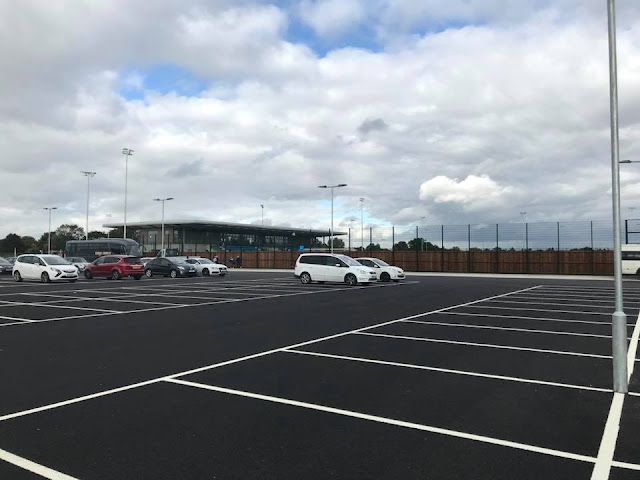 I woke up on Saturday morning feeling quite excited for today's visit to the Elmbridge Sports Hub mainly because I never got the chance to visit the Waterside Stadium for a game although I did play football there on the pitch before a legends game before the ground closed so at least I was able to see the ground before it closed. After waking up, I had a shower then had breakfast and then watched some TV and I also spent some time playing Football Manager as I hadn't played it for a while and it helps past the time. I then left my house at 12:45pm to go and meet my dad. I arrived at Sutton Bus Garage just as he finished and he went and signed off and we then walked up to the car. Whilst in the car, I had some time to look at the history of Walton Casuals F.C. 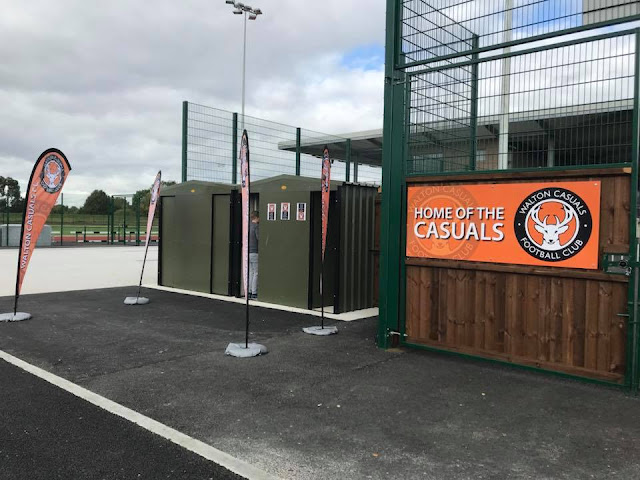 Walton Casuals were formed in 1948 and were originally founded as a Sunday League side. The club's nickname is 'The Stags' and this was given to them when they won the Combined Counties in the 2004/05 season. They currently play their home games at the newly built Elmbridge Sports Hub which has a capacity of around 2,500 and there are around 300 seats. The club currently play in the Bostik League Division One South. In 1969, Walton Casuals joined the Surrey Senior League. In the 1986/87 season, they got to the final of the Surrey Premier Cup but lost against Croydon. 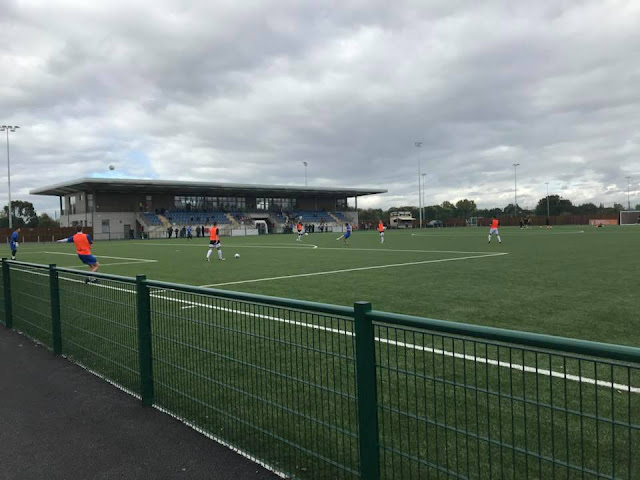 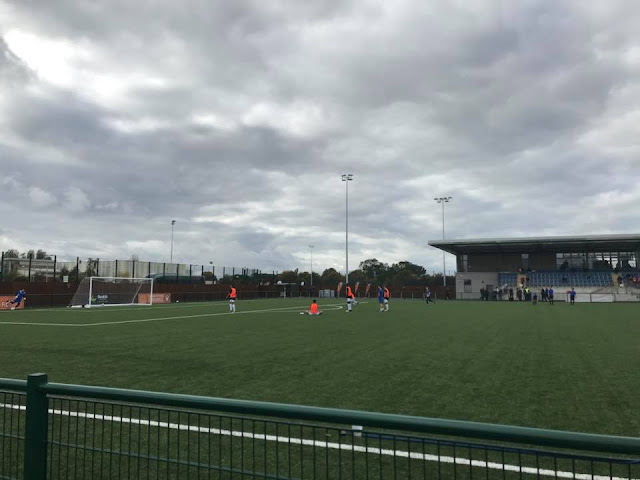 There was a bit off traffic on the way to Walton as it is a Saturday afternoon but we got onto the A3 and the traffic cleared and it was a clear and short drive to Walton-on-Thames after exiting the A3. We drove up Waterside Drive and spotted the new ground and we parked in the stadium's car park which is very big but that is probably because the nearest station to the ground is around 2 miles away so most people will drive to the ground. We paid to get in and it cost £15 for entry for an adult and concession and £2 for a programme which is quite reasonable. We then walked round the ground to take some pictures. 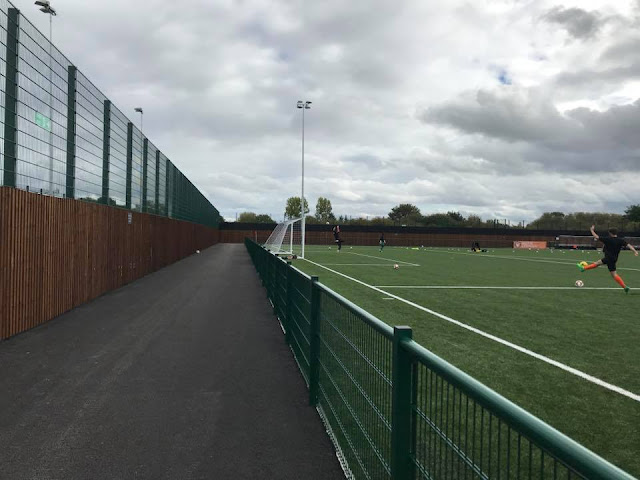 The Elmbridge Sports Hub has a capacity of around 2,500 and there around 250 seats. The ground is very simple but also quite smart and tidy. The ground is mostly open and the only area in the ground that has any cover is the main stand which a duel stand (has two sides, one for the football pitch and one for the athletics track behind the ground) is quite appealing to look at and holds around 500 seats (250 on both sides). The ground is good for the league that Walton Casuals play in but in the future, I would like to see some covered terracing added behind the goal as the ground feels too open. 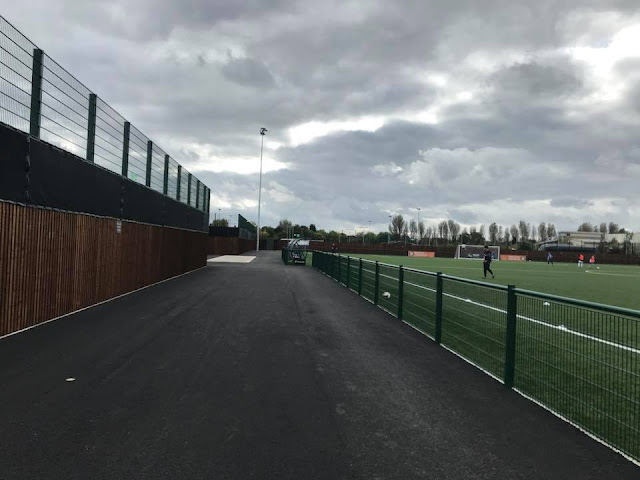 After walking round the ground to take some pictures, we went to the burger van and got something to eat and drink and I decided to go for a bacon roll and diet coke and my dad got a hot dog and a coffee. The price of all the food and drink only cost around £8 so not too expensive. We then went and sat up in the main stand and whilst we were waiting for the teams to come out, we were looking at the other games that were kicking off at 3pm and I also updated my social media. 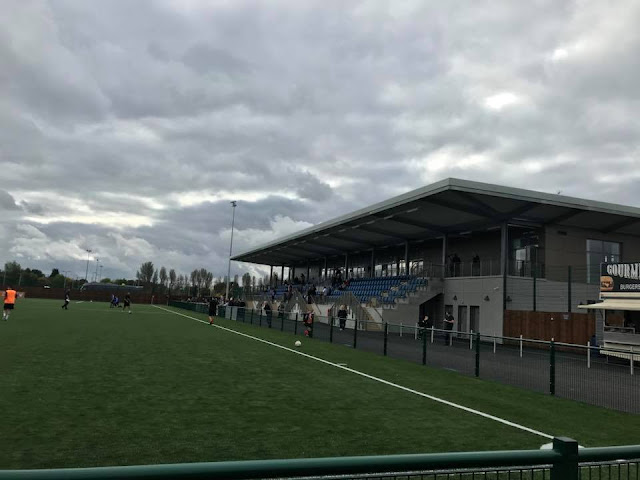 The teams came out at 3pm and there was a loud round of applause from the 200 or so people inside the Elmbridge Sports Hub and I took a couple of pictures to add to my groundhopping collection. The game started and Hastings were showing dominance even though they were much lower in the league table and they caught Walton Casuals early on as striker Kenny Pogue put Hastings 1-0 up after only 2 minutes. The travelling 30 or so Hastings fans cheered quite loudly when they scored. After going 1-0 down, Walton showed their determination and were creating many chances and Walton grabbed the equaliser they were looking for in the 17th minute and the loyal Walton fans went wild. 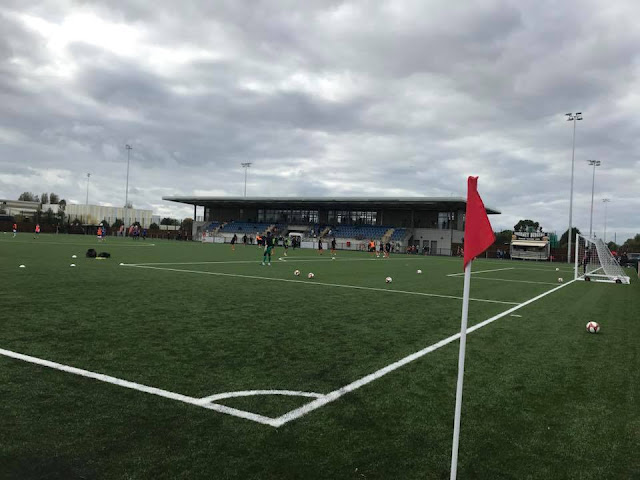 Both teams were continuing to create chances and Hastings was unlucky not to take the lead. Around 10 minutes till half time and one of the Walton players was tackled in the box and Walton were given a penalty but the Hastings goalkeeper was on hand to keep Hastings in the game with a fantastic save. We then walked round to the tea hut again and I decided to get a hot chocolate and it tasted quite nice but it did taste quite weak and I personally like my hot chocolate more stronger. We then went round behind the goal that Walton were kicking towards but there wasn't anymore chances and at half time, it was 1-1. 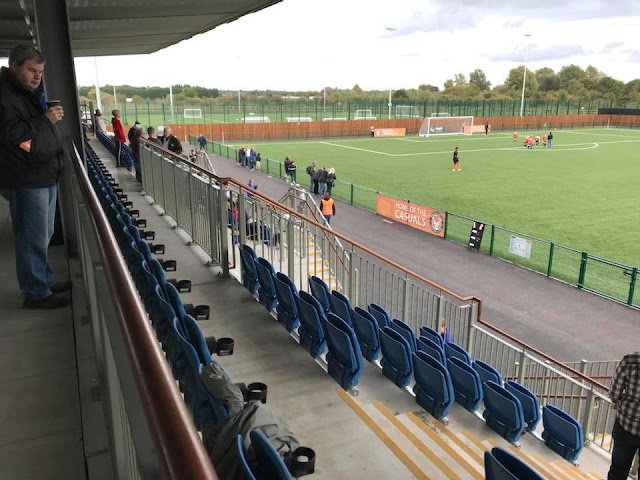 We walked round to the other goal and we quickly decided to have a look in the bar on the way and the bar is quite large and has a lot of drinks on offer but not a lot of food options but then again, if you want food in the ground, you're more likely to go to the burger van. We looked at the half time scores and there was quite a few goals from all the leagues but to our disappointment, Sutton were 1-0 down to Wrexham which did annoy us. I then read some of the programme to help pass the time and I had gotten very interested in the programme, so interested that I didn't realize that the second half had just started. 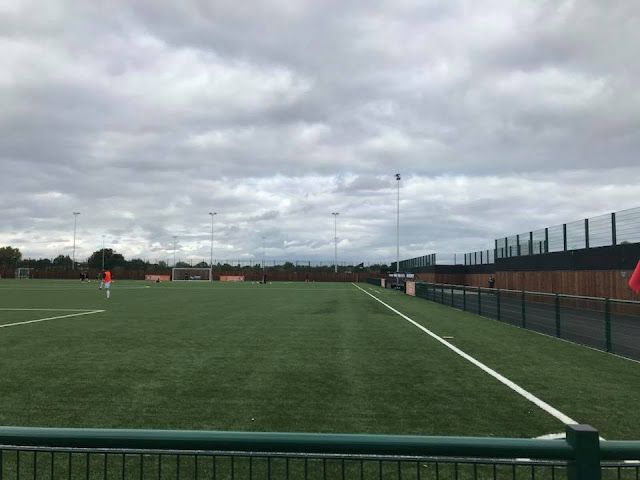 Walton seemed to dominate the start of the second half and were getting chances but they just weren't passing the ball enough and weren't shooting and it made me feel like I was watching Arsenal on TV.  Hastings did have a few chances to take the lead but thankfully, ex-Sutton goalkeeper Denzel Gerrar was on hand to keep Walton on level terms with Hastings. As the game went on, Walton continued to create chances but the chances they were creating weren't dangerous. It really felt like Walton just couldn't score again but with 5 minutes of the 90 remaining, Josh Kelly was on hand to slot the ball into the back of the net for the second time today and Walton had found the crucial goal they were looking for right on the brink of full time. 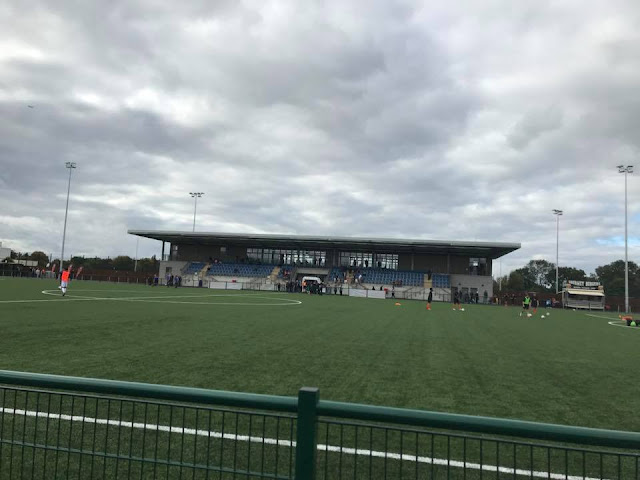 Walton played out the rest of the game and it finished Walton Casuals 2-1 Hastings United. We clapped the teams off and then walked back to the car feeling very happy that Walton had gotten a late winner to seal the three points and to our luck, Sutton had scored in the last minute to grab a point away at Wrexham which made us even more happy. We drove back and we got back to my house at 5:45pm. I had really enjoyed my afternoon at Walton Casuals and I would really recommend going there. 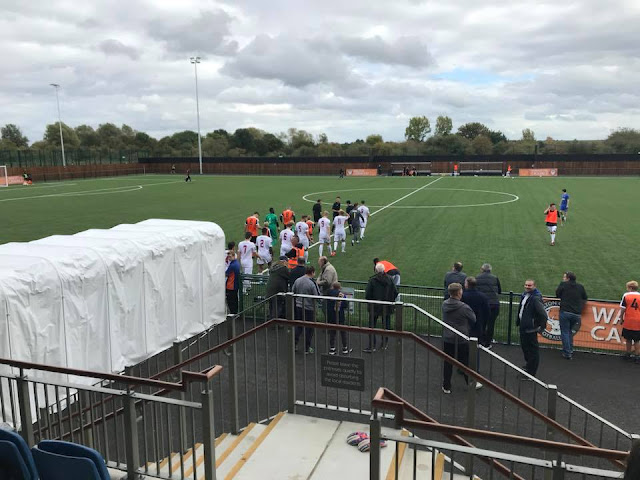 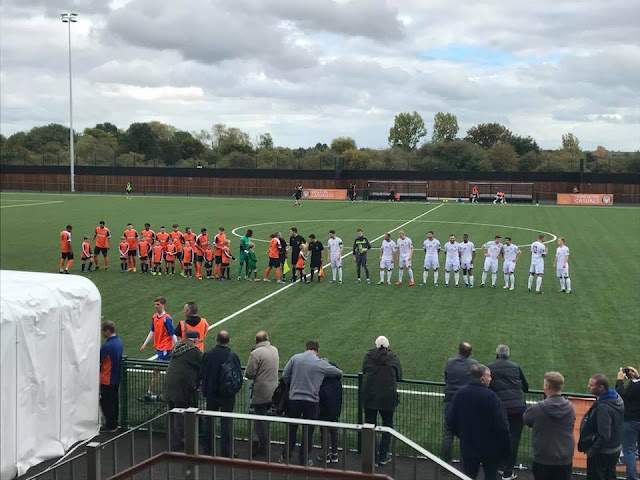 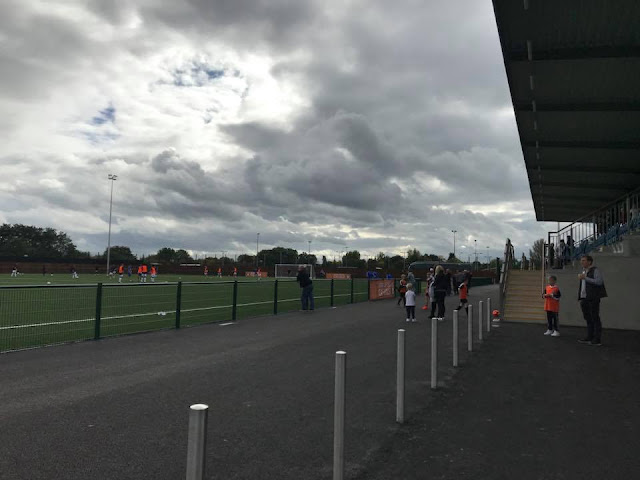 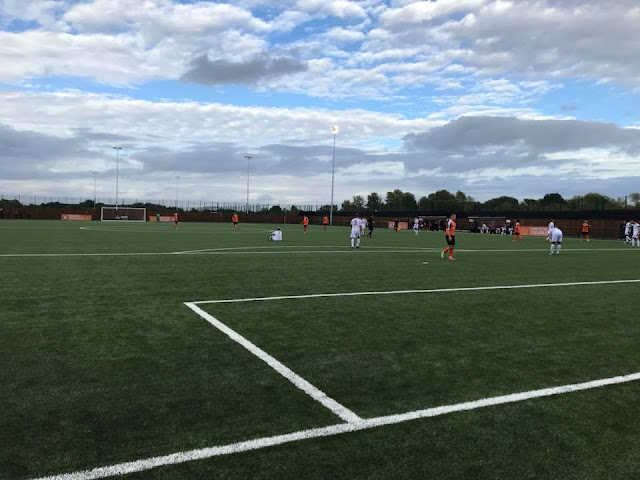 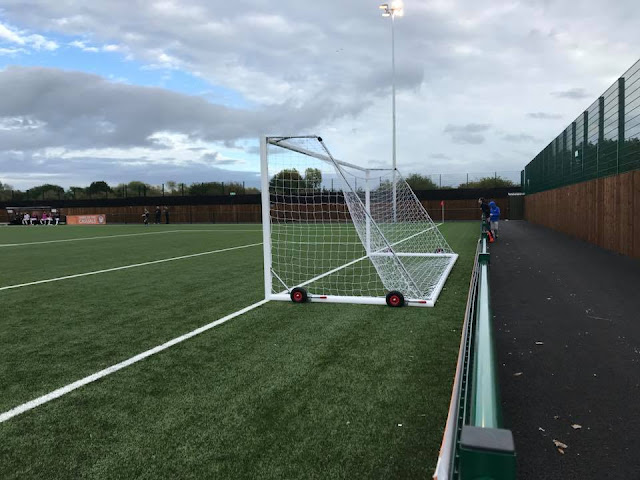 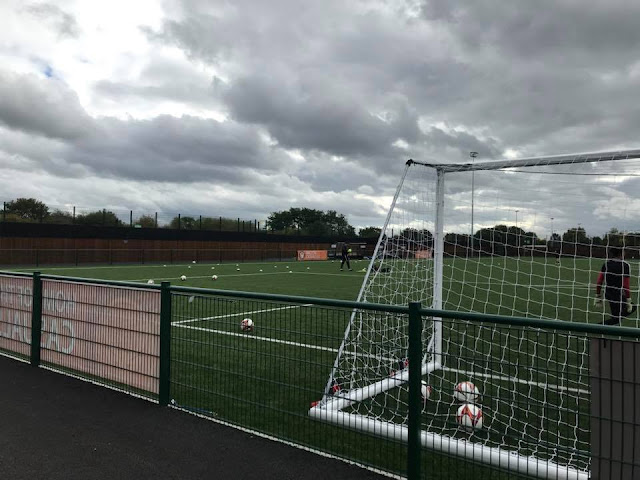 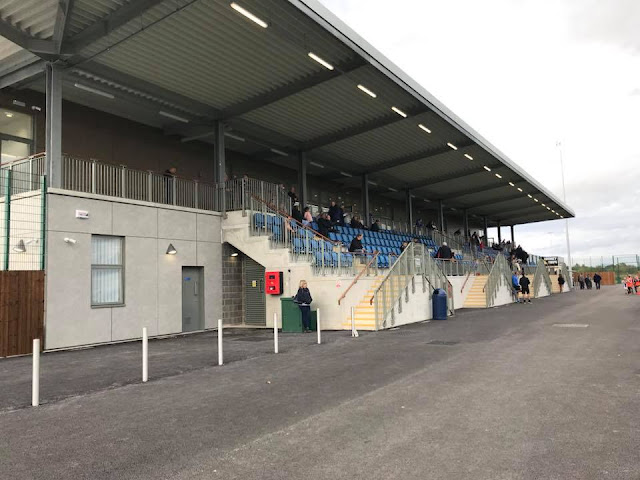 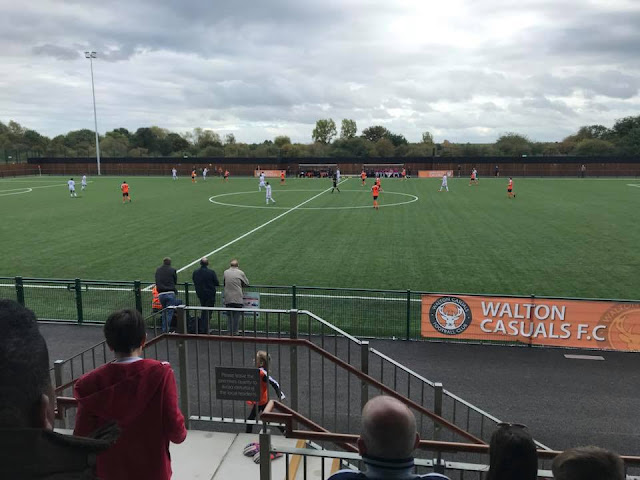 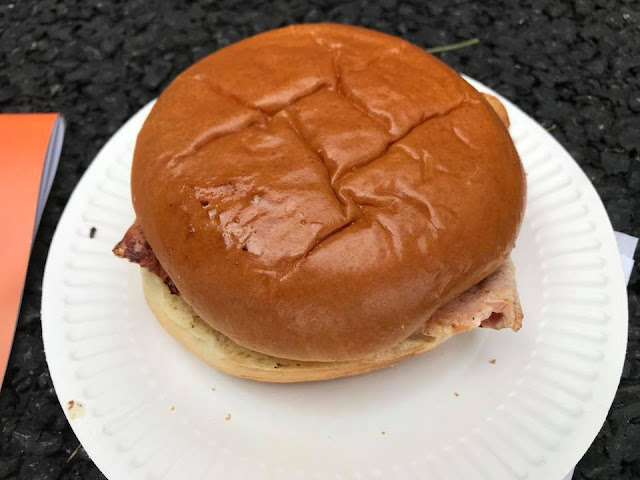 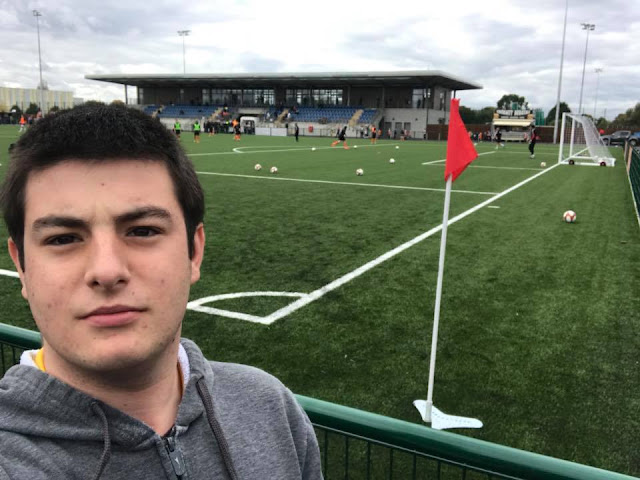