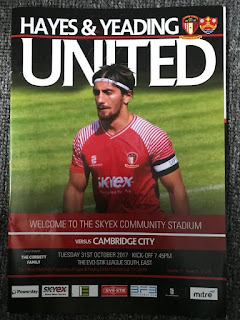 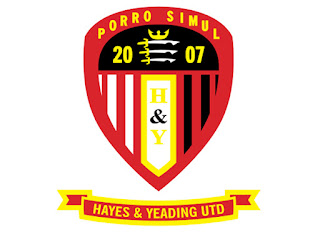 They did have problems with their new ground last season and they ended up having to groundshare with Beaconsfield but now after doing some changes to the ground, they are now back playing where they belong. I have in fact written about Hayes and Yeading before on my blog, this was back when I visited York Road for the first time which you can read about here, but now I have to write all about them again as they are finally back in their new ground and I have the chance to go there but a new ground is a new ground and I have to write about my visit there. 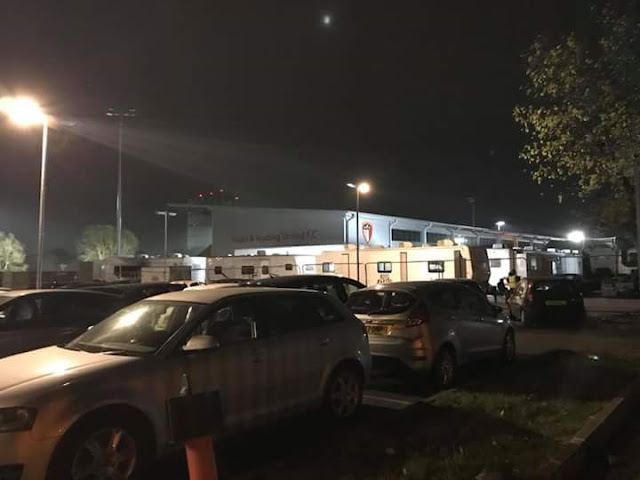 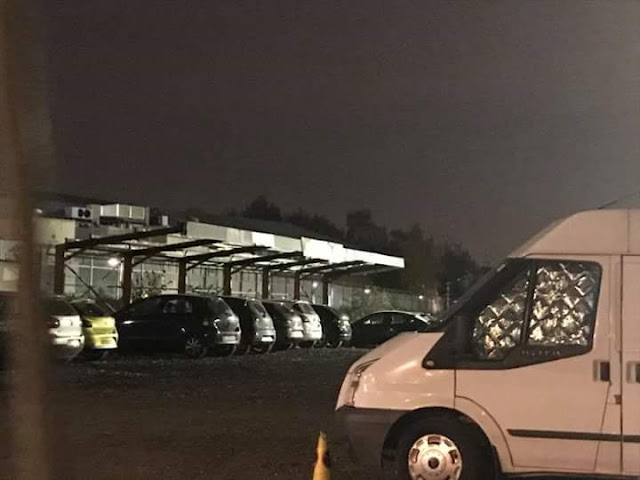 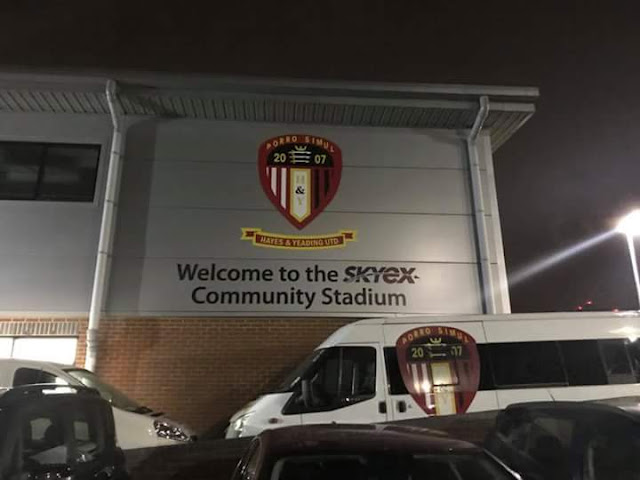 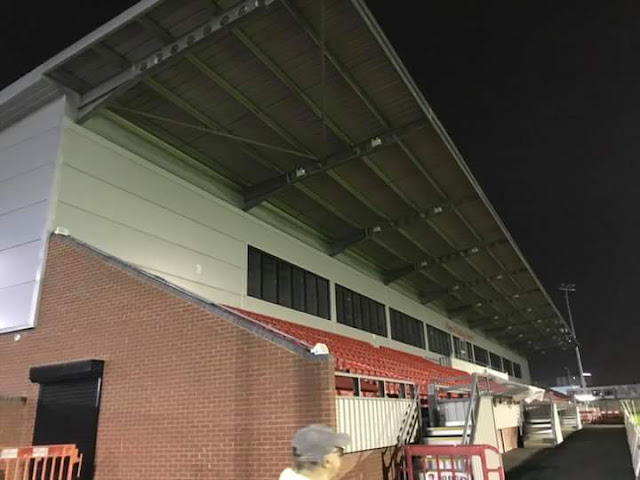 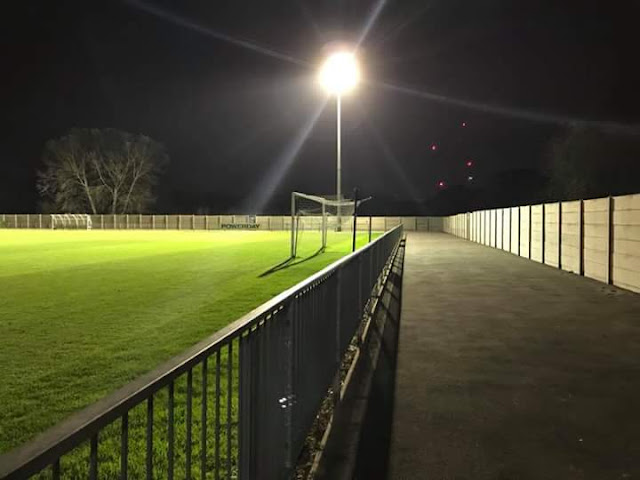 I woke up on Tuesday morning at 7am which was quite annoying because I wanted to have a bit more sleep but I am one of those people who cannot go back to sleep once I am awake. I spent some of the morning on FaceTime to my friend then ended up cooking some eggs for breakfast before leaving for college at 12pm. College was quite chilled this afternoon as we only had to write up some notes from our recent trip to Thorpe Park and that itself was quite simple. 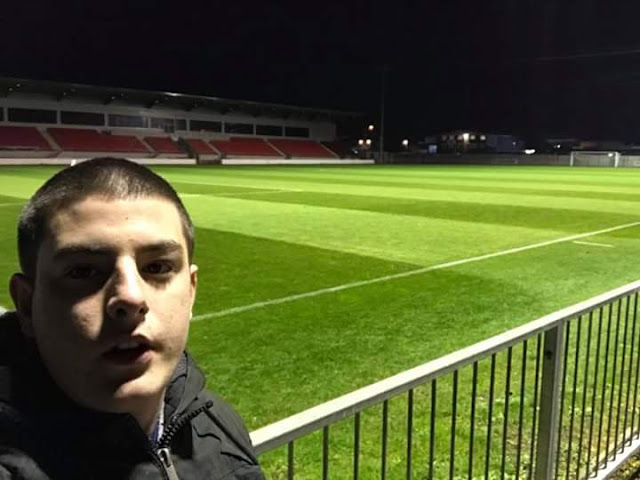 My dad picked me up from college at 4:15pm and we headed straight for Heathrow as we were going to be having dinner in the Heathrow area before heading to the ground. There was a lot of traffic on the way to Heathrow because it was the rush hour and this made me feel very tired because I was sitting in the car bored and we wasn't moving a lot and this didn't help my energy levels because I was already feeling quite tired. We soon found ourselves moving again and we arrived into Heathrow at 5:40pm and we headed straight for the McDonald's just outside the airport itself and I decided to get a chicken legend meal with milk and my dad just got a chicken legend meal on its own. 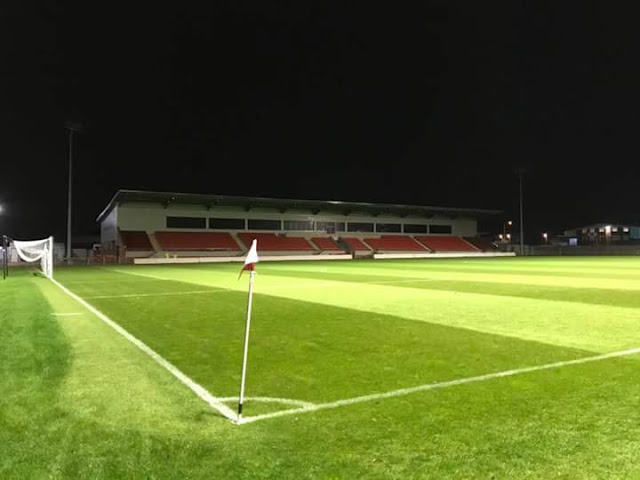 I then realised that my phone battery was below 50% and I had forgotten my portable charger so I quickly went back to the car and got my phone charger and plugged it in as taking pictures of the ground takes up a lot of battery. After sitting in McDonalds for about 15 minutes to let my phone charge, we left feeling a lot more filled up and with my battery on 70% which was enough for the night. I then used Google Maps on my phone to get to ground and within 20 minutes of leaving Heathrow, we were at the ground, so we found somewhere to park, put our coats on then walked up to the ground. 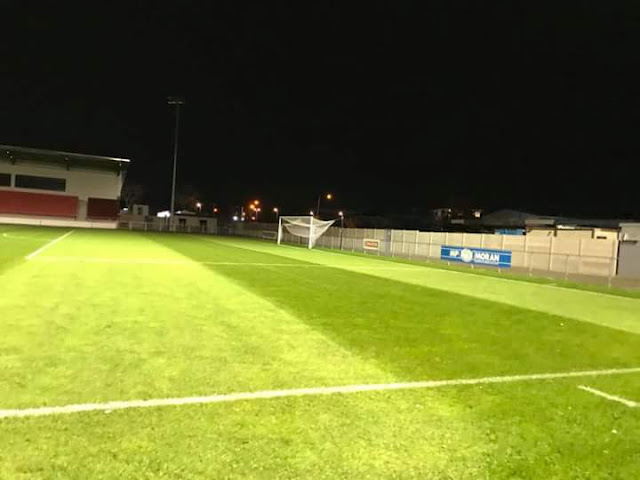 Once we arrived in the ground, I showed my dad the remaining parts of the The Warren Stadium which was Yeading F.C. old stadium and all that remains are the infrastructure of a terrace that was behind a goal as the newly built SkyEx Community Stadium was built on the old The Warren Stadium. We then tried to find a bar in the ground but there wasn't one as the ground still isn't finished yet which meant I would have to rate the bar 0/10 as there isn't one and this would affect the overall rating of the experience which quite annoyed me. 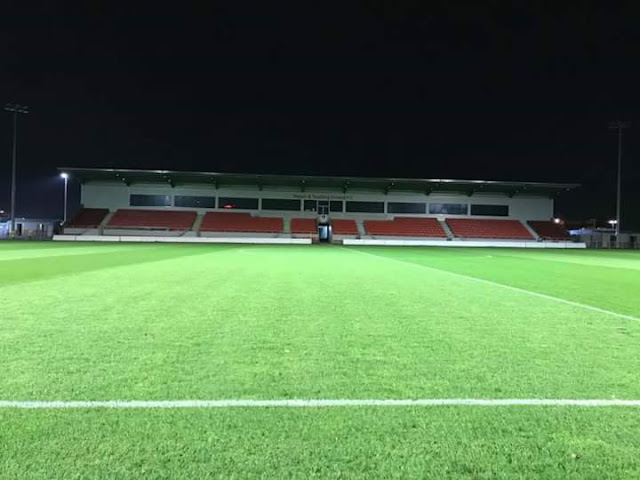 We then paid £16 to get in (£10 for my dad and £6 for me) and then walked up to buy a programme and a 50/50 ticket and they people running the little stall asked if we were Hayes and Yeading fans and we said that we are Sutton fans and we were groundhopping tonight and we had a quick talk about the previous times that Sutton and Hayes and Yeading have played against each other and it made us feel very welcome. We then walked around the ground to take some pictures. 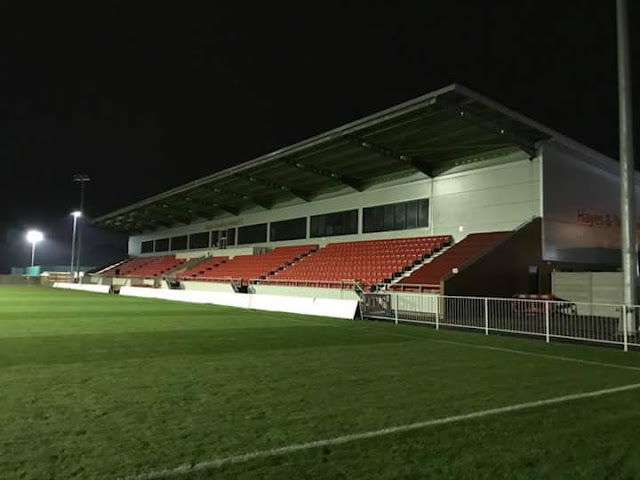 The SkyEx Community Stadium has a capacity of 3,000 and there are around 1,000 seats. The ground is dominated by the rather large main stand which would fit in the National League or even League Two and it holds around 1,000 seats in the colour of red as that is the main colours of Hayes and Yeading F.C. The rest of the ground is open with no terracing or covered terracing and it does let the ground down a bit bit the ground itself isn't finished yet so I suppose if Hayes and Yeading could get the funds, they could put covered terracing in place. 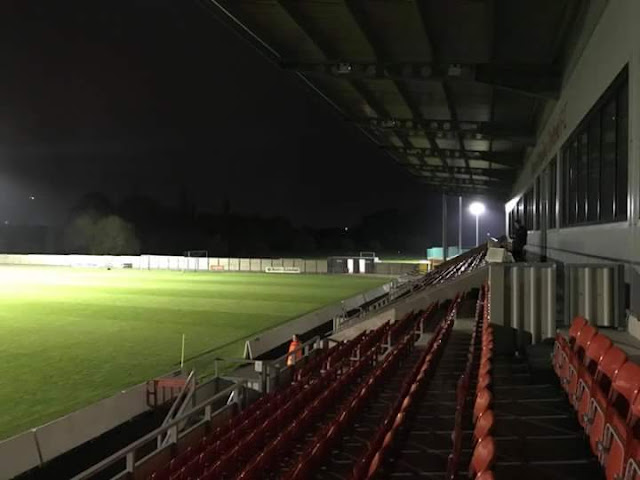 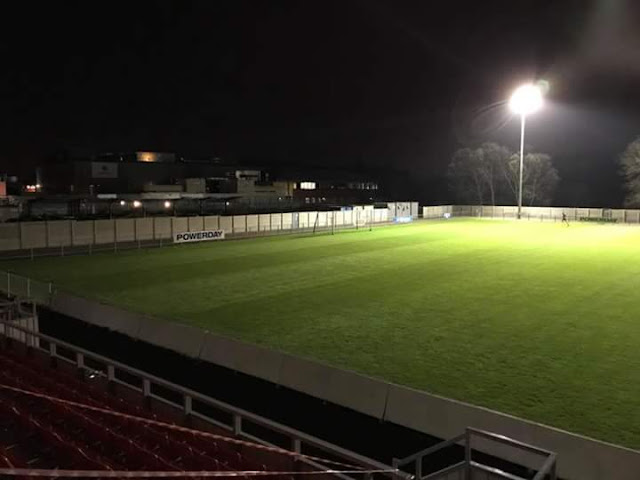 We then walked to the burger van and got something to drink as it was very cold tonight, my dad decided to go for a coffee and I of course went for a hot chocolate and it tasted really nice and it was amazing compared to my hot chocolate at Raynes Park Vale two weeks ago. We then went in the stand and sat down and had our drinks whilst reading the match day programme. We then noticed that there wasn't any markings on the pitch but when the other two floodlights were turned on, the markings appeared but we couldn't see them because it was too dark. 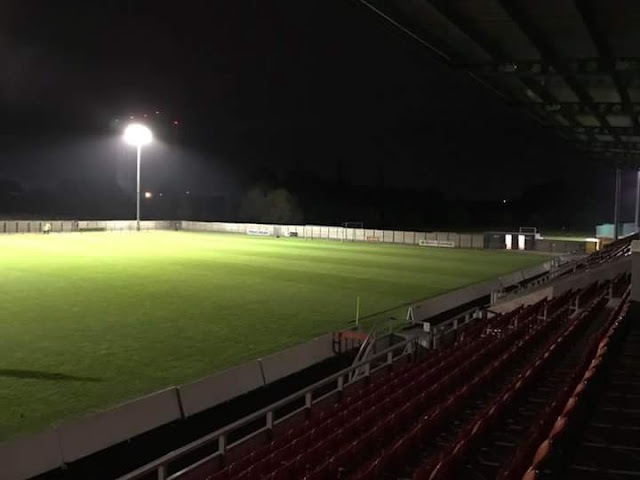 The teams came out just after 7:45pm and there was a round of applause from the 113 fans inside the ground and we of course were supporting Hayes and Yeading tonight as they were the more local side and because of what has happened to them over the past few years with two relegation's in two years and being in lots of different grounds. The game kicked off and as soon the whistle was blown, the Hayes and Yeading fans started singing, which was something I wasn't expecting and massively added to the atmosphere. 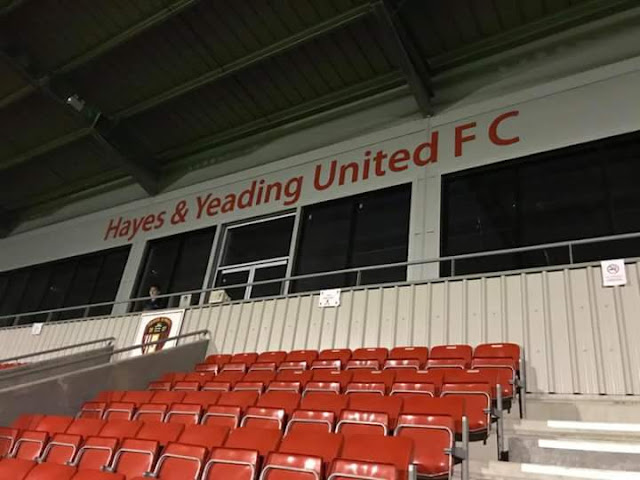 Cambridge City looked very dominating and this showed because they took the lead only two minutes into the game and there wasn't a very loud cheer from the few following fans. Cambridge City continued to dominate the next few minutes but the rest of the first half seemed to be mostly Hayes and Yeading because they were creating a lot of chances and with about 15 minutes to go before half time, they equalised via Donnelly and the 100 or so Hayes and Yeading fans went wild. Hayes and Yeading continued to create chances but at half time it was 1-1. 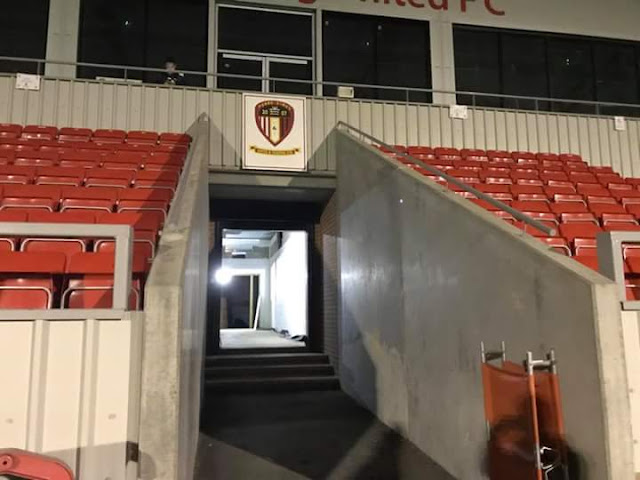 We then went back to the burger van to get something to eat and my dad went for a burger and I went for a hot dog and a 7UP and I have to say, the hot dog tasted really nice and I would definitely recommend getting one if you find yourself at the SkyEx Community Stadium. We then decided to go behind the goal that Hayes and Yeading were scoring against for the second half and as I was drinking my 7UP, I was feeling incredibly tired but I was happy that we had decided to come here because I was enjoying my evening here! 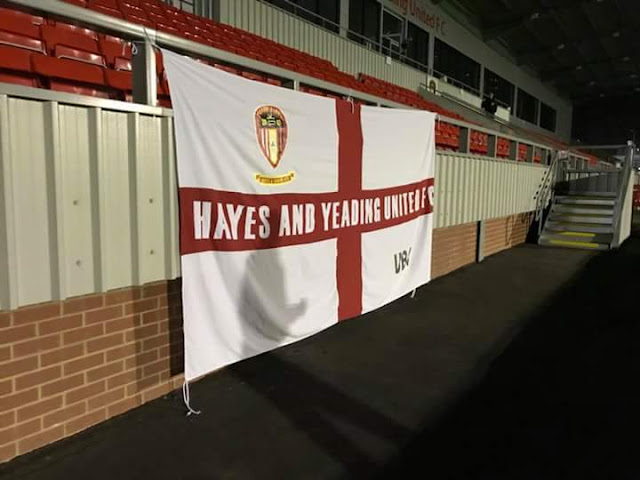 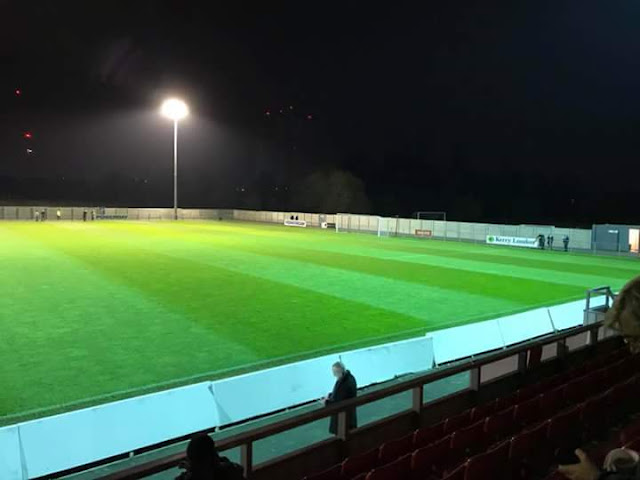 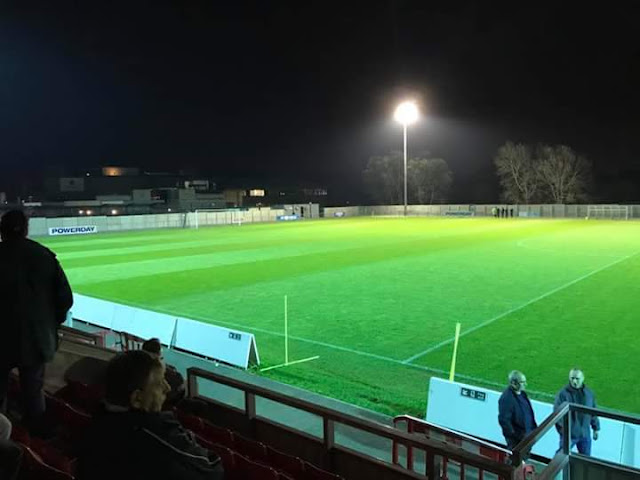 We felt very cold whilst walking out of the ground but mostly very happy that Hayes and Yeading won the game but I was personally more happy that we had visited another new ground which is one more nearer to my 100 target and visited another ground within the M25 as I want to visit all the grounds within the M25. We got back in the car, drove back to Heathrow and then back to South West London and we was back just before 11pm. 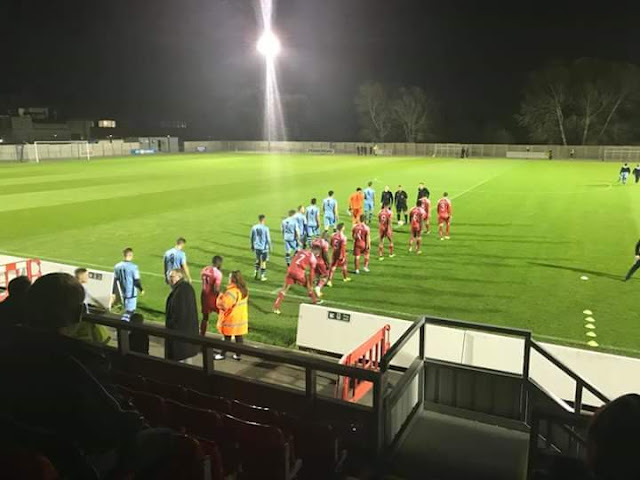 I would recommend going to the SkyEx Community Stadium because it is a good ground, the fans are very friendly especially if you are a groundhopper but I would say that I would recommend maybe going in a few years rather than soon because there is a lot of work still being done inside the ground and I know I will be coming back when the ground is completely finished! 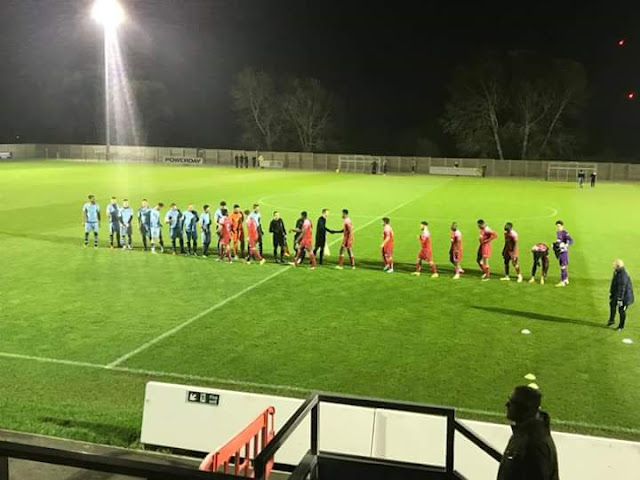 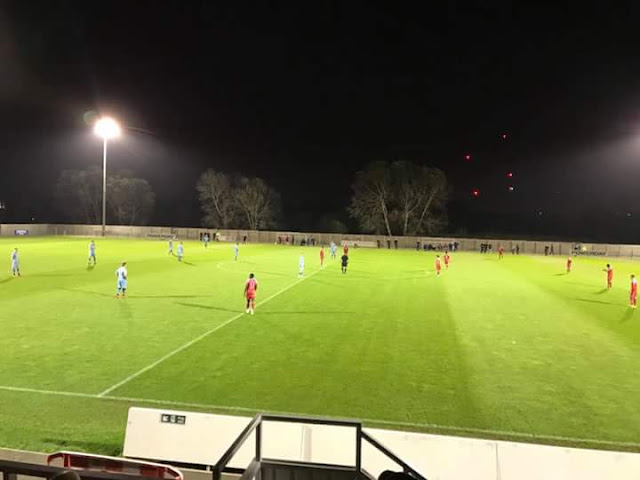 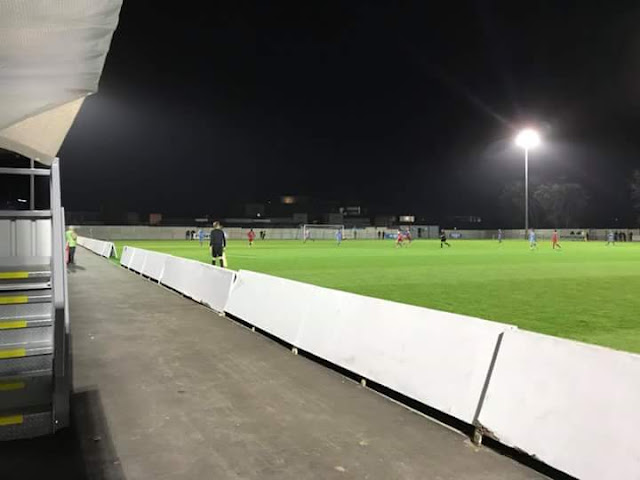 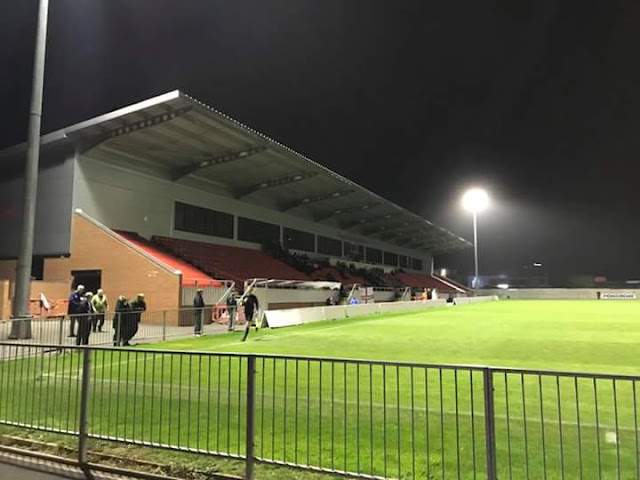 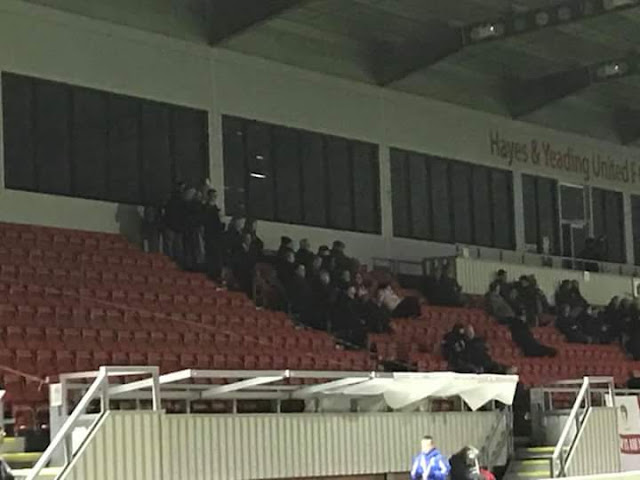 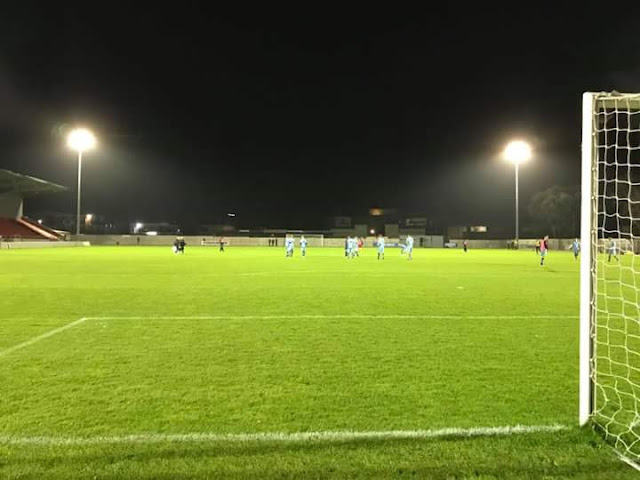 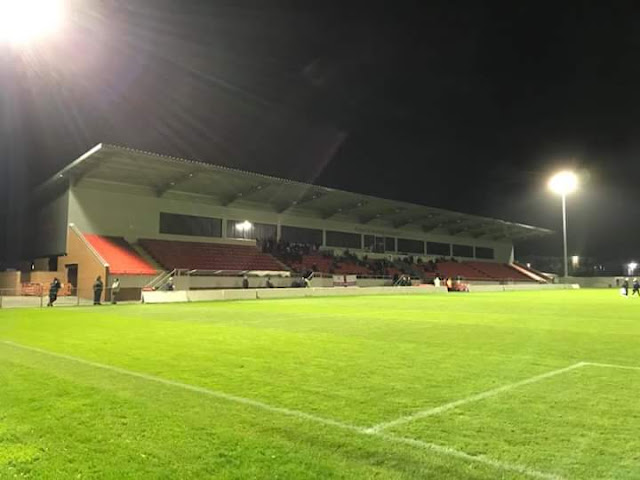 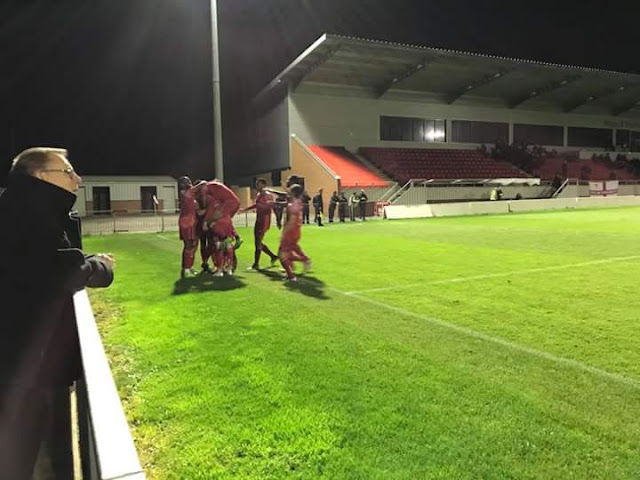 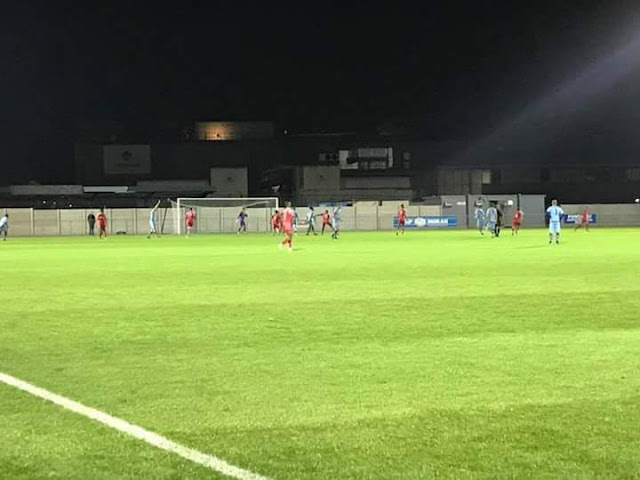