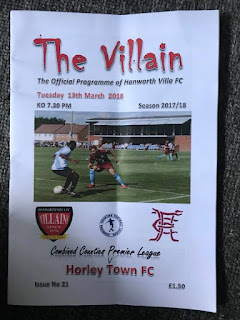 So far, March hasn't been a very good month for visiting new grounds as we were supposed to be going to FC Halifax Town on the 3rd but it got called off due to the snow and bad weather from the `Beast From The East` and it had also meant that there was a lot of postponements so we found it hard to try and find some new grounds to visit and me and my dad were really feeling it because we hadn't visited a new ground for 3 weeks. This was quite a weird feeling as we normally average a new one every two weeks. In fact the last new ground I visited was the Spelthorne Sports Club for Spelthorne Sports vs Knaphill FC and you can read about that trip here. One of the other reasons why I wasn't able to visit any new grounds for the past few weeks was because I have been at a work placement/experience in a major travel agency in Surrey for part of my college work and I wasn't prepared to make myself ill and ruin my placement. 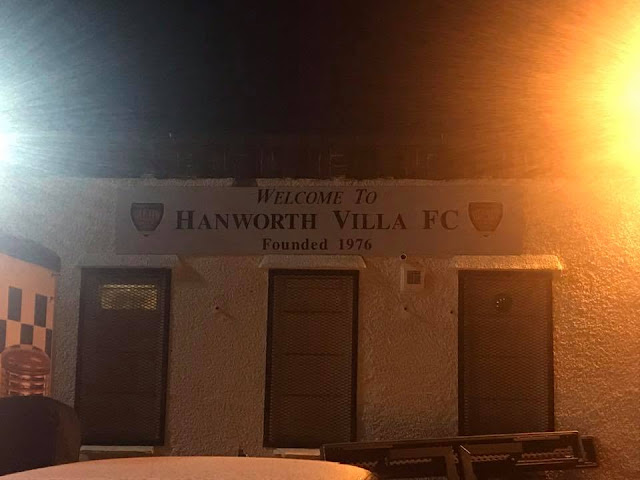 On Monday night, I was quite bored and ended up accidently going on my groundhopping app and I thought well I might as well see what local games are on seeing as I am on the app and I was looking for games tonight and there weren't really any ones that seemed appealing and then I looked onto tomorrow's fixtures and luckily enough, Hanworth Villa were playing at home to Horley Town which was quite handy as we have wanted to go there for a couple of seasons now and after telling my dad about this game, he quickly agreed that we should go to it to finally tick off Rectory Meadow (Hanworth's ground) and it would be special as it would be Ground 75 for me and Ground 73 on the blog! 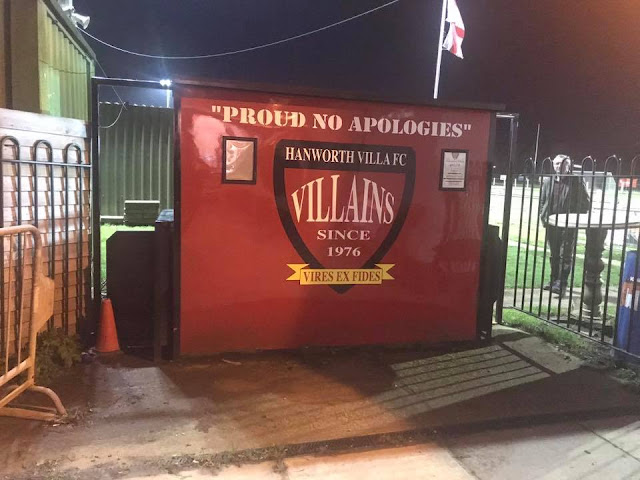 It would also allow me to get another new ground under my belt, another ground nearer to 100, another ground within the M25 visited and another ground in the Heathrow area ticked off, so just based on this, I was quite excited for the game. After my dad agreed to go to Hanworth Villa tomorrow night, I ended up just watched some TV series on BBC iPlayer and then ended up going to bed around 10:30pm but I also got time to look into the history of Hanworth Villa just before I went to sleep. 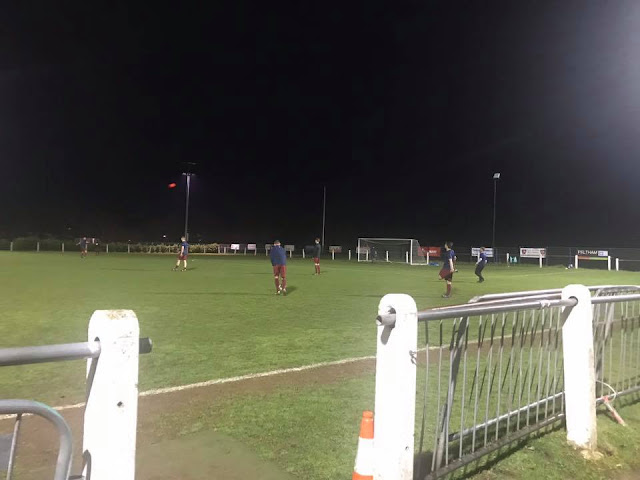 Hanworth Villa FC were founded in 1976 and are based in Hanworth in West London. They currently play their home games at Rectory Meadow which has a capacity of around 800 and there are arund 250 seats. The club currently play in the Combined Counties Premier Division (England's 9th Tier) and their nickname is `The Villains`. The club started out in the Hounslow and District League and then they joined the Middlesex County League in 1984. The club stayed in the divisions in the Middlesex County League until 2005 when they joined the Combined Counties and in 2009, they were promoted to the Combined Counties Premier which is where they still remain to this day. 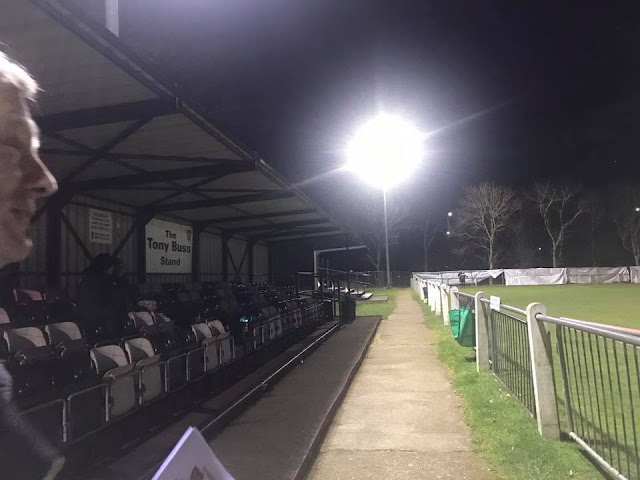 I woke up this morning at 9am which was quite handy as I got a decent night's sleep and I then had some breakfast and then did a bit of my booklet from my work placement/experience and then at 12:20pm, I left my house and then went to my friend Emma's house and then got a lift to college and college was very chilled today as it was mainly just a welcome back and us talking about our work placements and doing the odd bit that we needed to do. I finished college at 4:15pm which was quite handy as I finished half an hour early. 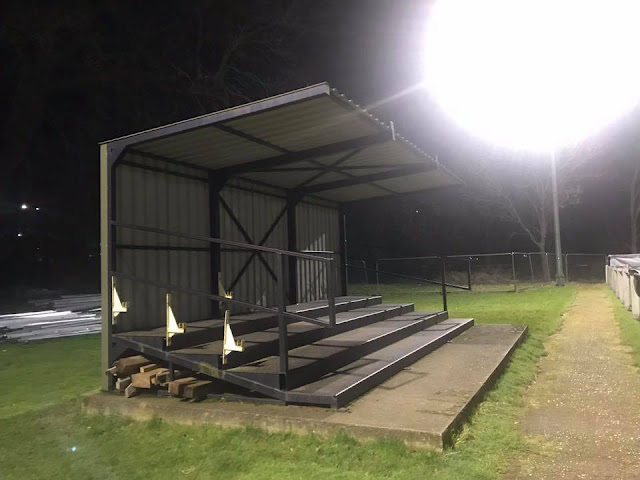 I walked up to Ewell East Station with one of my friends from my course and then topped up my Oyster Card and then got on the train and then changed at Sutton and got on the 4:29pm train and got off at Hackbridge. I then walked back to my dad's which only took around 5 minutes and then had a small dinner which was just some pasta and a yoghurt seeing as I would be eating when I get to the ground. I then ended up watching some `Top Gear` and some `Pointless` before leaving my dad's at 5:45pm. We drove up to Tolworth to get onto the A3 and there was lots of traffic so we came off at New Malden. 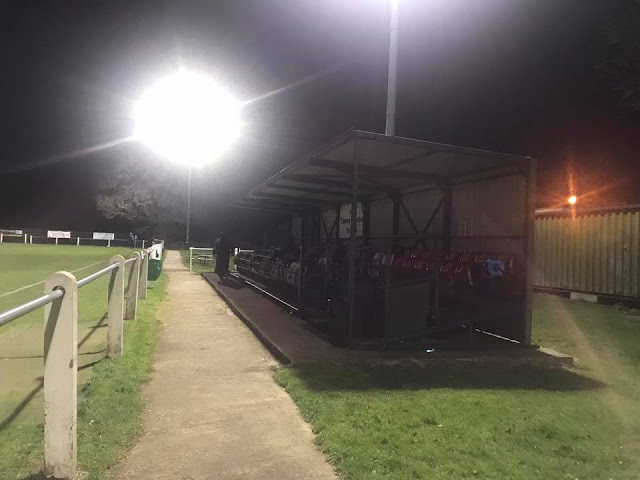 By the time we got to Hampton Court, the traffic was still quite bad and then it cleared for a while and we ended up getting caught in traffic for nearly half an hour in Hanworth but we managed to park up by the ground at 7:15pm and then arrived at Rectory Meadow 10 minutes before kick off. Tonight's admission prices were £6 for my dad and £3 for me (concession) and £1.50 for a programme, so £10.50 for admission and a programme, that's very reasonable! We then walked round the ground to take some pictures before the teams came out. 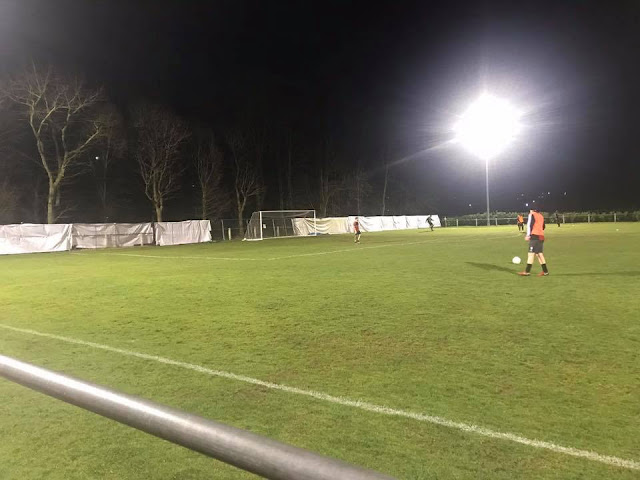 Rectory Meadow has a capacity of around 1,000 and there are around 250 seats. The majority of the ground is open with flat standing. The main area of the ground has the main stand which has around 150 seats, the bar and changing rooms. There is also a small covered terrace next to the main stand and can hold around 50 people. Opposite this side of the ground is another small seated stand with around 100 seats. Behind one of the goals is a flat and open walkway and the area behind the other goal is currently sealed off. 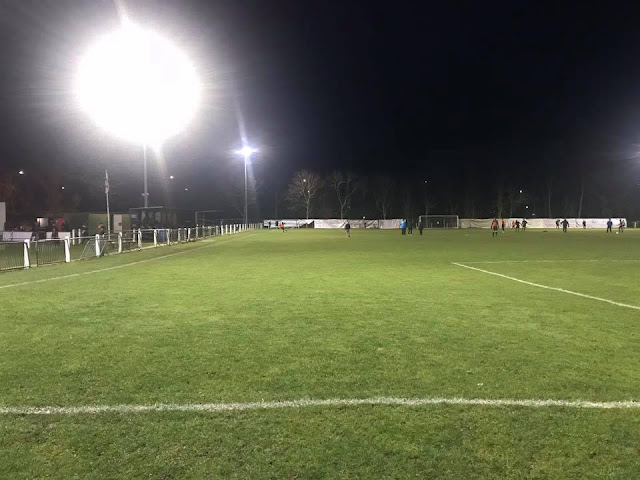 I quite like Rectory Meadow, it definitely has a county league feeling to it but it is what you expect and has more than some other 9th tier grounds. I do like the neat 100 seater stand by the dugouts and does have a cosy feeling to it and I do really like the small covered terrace next to the main stand. I think maybe a small covered terrace could be added behind the goal, one maybe similar to the one at Wingate and Finchley or Dorking Wanderers but overall as a ground, I do like it. After taking some pictures of Rectory Meadow, we went and sat in the seated stand by the dugouts and then when the teams came out we got some pictures. 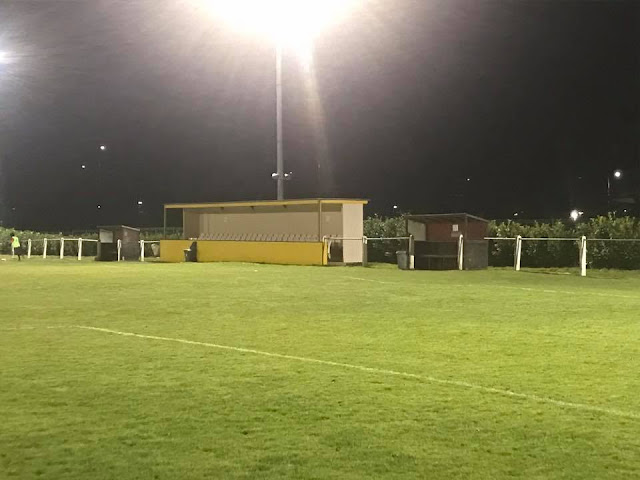 The first half kicked off and it took a while for either team to make any chances but the first chance of the game came on 10 minutes when Hanworth Villa put a free kick into the box and the Horley keeper saved and the Hanworth player shot wide. Shortly after, there was two chances within a minute as both teams shot wide and then on 18 minutes, Hanworth Villa took the lead and there wasn't much of a cheer from inside the ground. Hhorley dominated the next 12 minutes and created 3 chances and it was third time lucky for Horley as they hit the crossbar and scored from the aftermath and nothing else happened for the rest of the first half and at half time, it was Hanworth Villa 1-1 Horley Town. 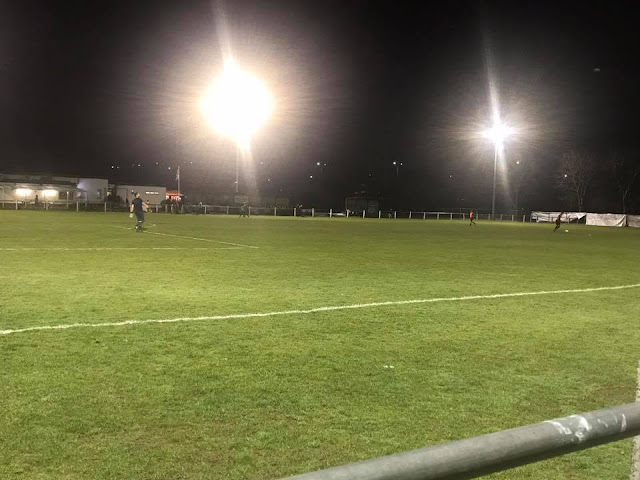 Half time and it was 1-1 and it had been a good game so far and wasn't too cold either but this was because it was now spring and the evenings were now a bit warmer. After the teams went back in, we walked round to the burger van and I got a hot dog and a hot chocolate and my dad just got a hot chocolate and that came to £6.50 which isn't too bad seeing as the hot dog was a foot long! We then went in the bar to eat and I was very impressed as it had a decent range of drinks, a dartboard and a pool table, so top marks on the bar for Hanworth Villa! The hot dog was quite nice, the hot chocolate wasn't as strong as I like it to be was overall, it was a very nice. We then headed back outside and the teams were back out and we went and stood in the terrace alongside the main stand. 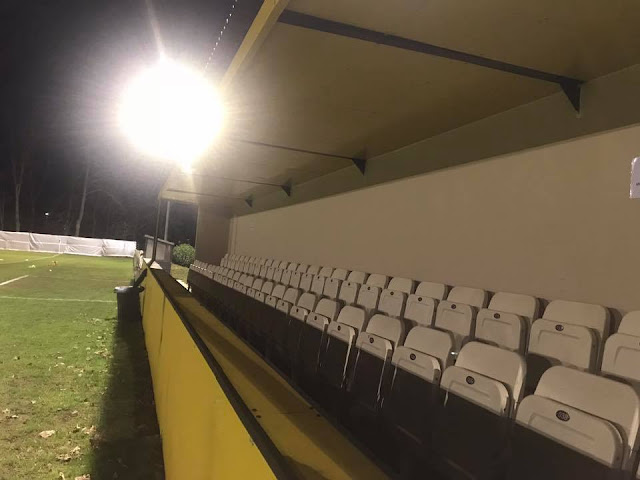 The second half started and it again took a few minutes to create the first chance but the team to make the first chance of the second half was Hanworth Villa on 54 minutes as they hit the post and scored from the aftermath and after only 9 minutes being played of the second half, it was 2-1 to Hanworth Villa. Shortly after, both teams had a header but one went wide and the other went over the crossbar. on 64 minytes, Horley Town had a shot saved and then they had another shot saved on 75 minutes and then in the 80th and 83rd minute, Hanworth had two shots and one was saved and one went wide. The final chance of the game was for Horley which came from a free kick and they directly scored and the following few fans cheered. The rest of the game was played out and it finished Hanworth Villa 2-2 Horley Town. 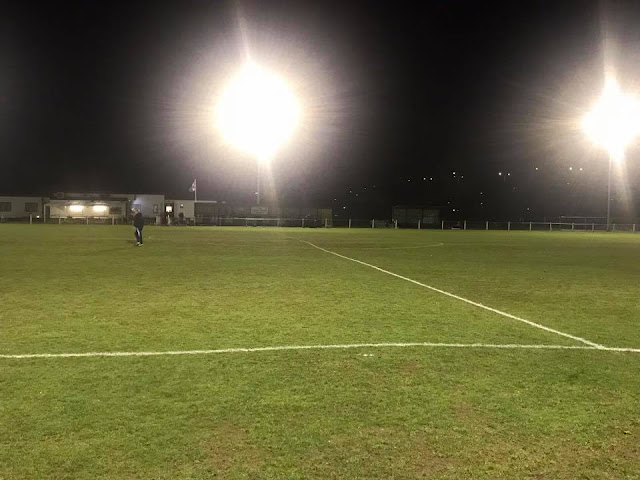 We walked out of Rectory Meadow feeling a little bit sad that Hanworth didn't win but then again we had seen 4 goals, visited another ground in the Heathrow area, visited a new ground and 1 nearer to 100 and visited another ground within the M25 all for under £20 which is an absolute bargain! Once we got back in the car, we suggested picking up our friend Jason who up the road at Bedfont Sports for Worcester Park vs Badshot Lea (Worcester Park won 7-1) but he was just getting on the bus so we drove back to South West London with me mainly updating my social media and was dropped off home at 10:05pm and went straight to bed seeing as I had to be up early for college tomorrow. 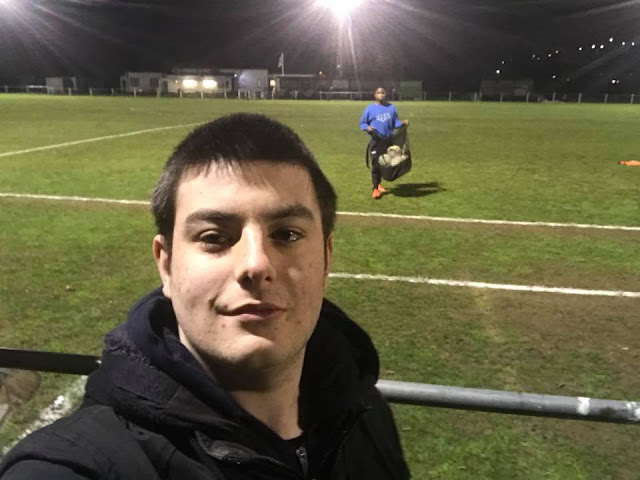 I really did enjoy my trip to Rectory Meadow and I would recommend going there especially if you live in Surrey or the Greater London area because you won't regret it, it is a good ground for Tier 9, very friendly, quite cheap and the football played there isn't too bad either and it is a good ground to say that you have been to as not many people have been to Rectory Meadow! 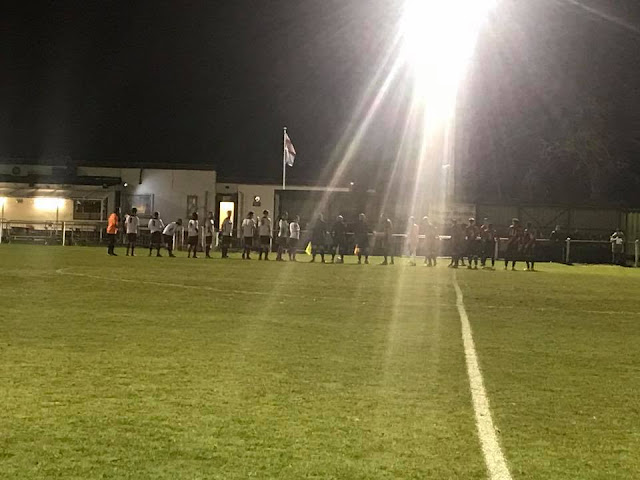 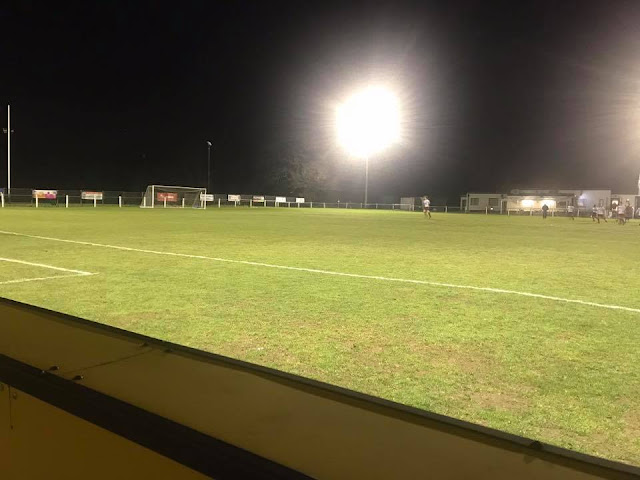 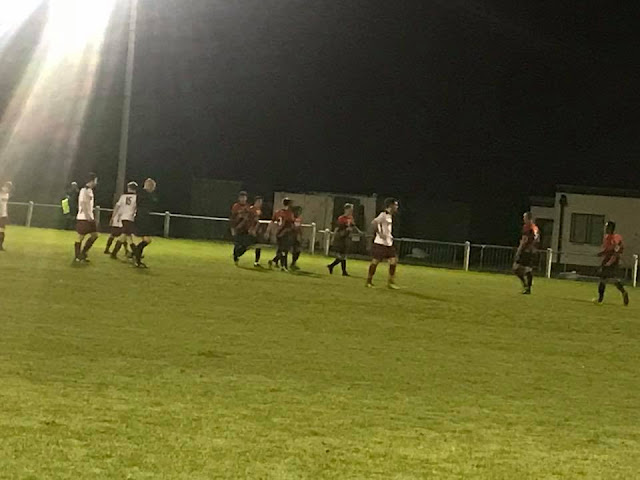 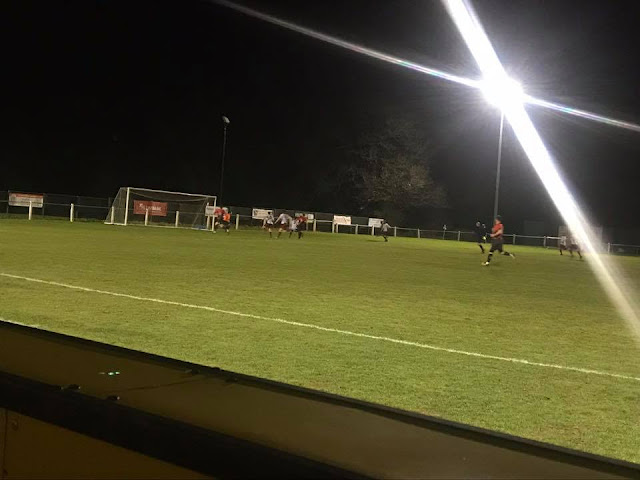 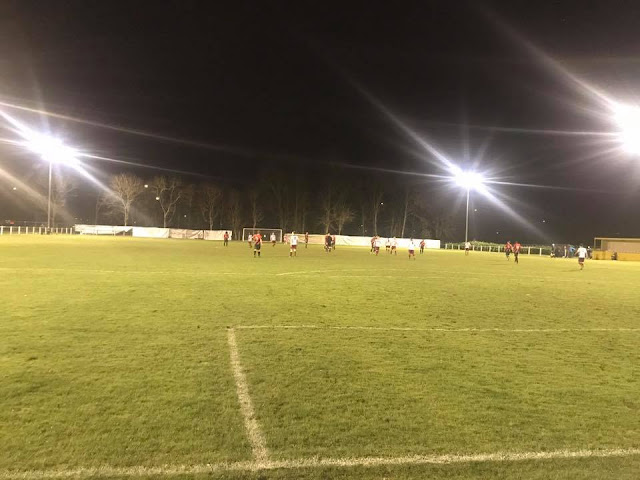 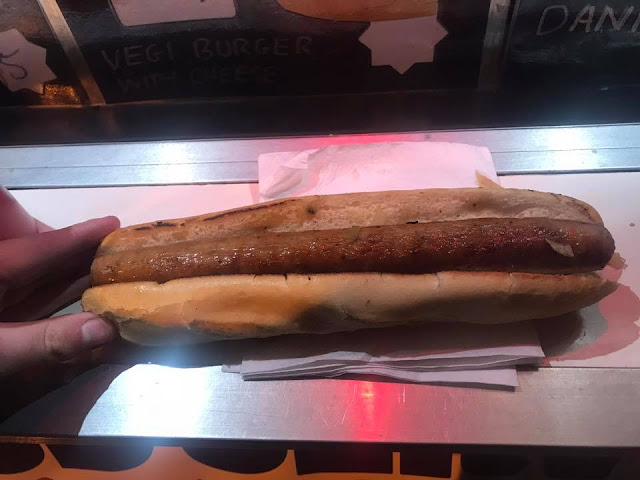 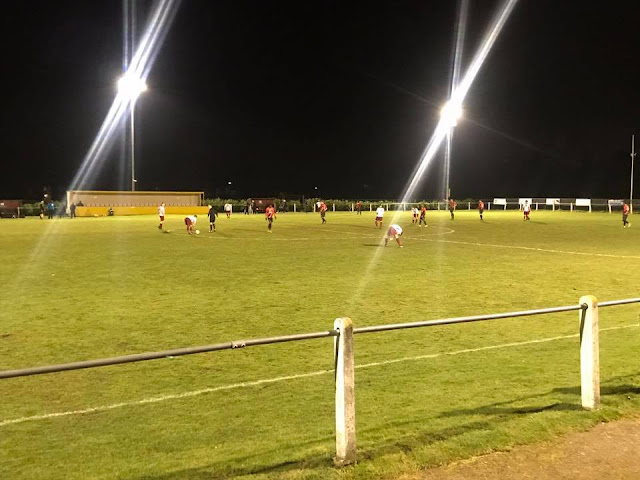 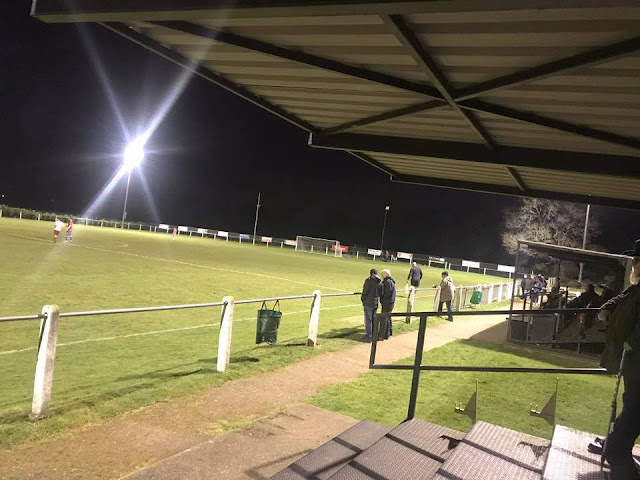 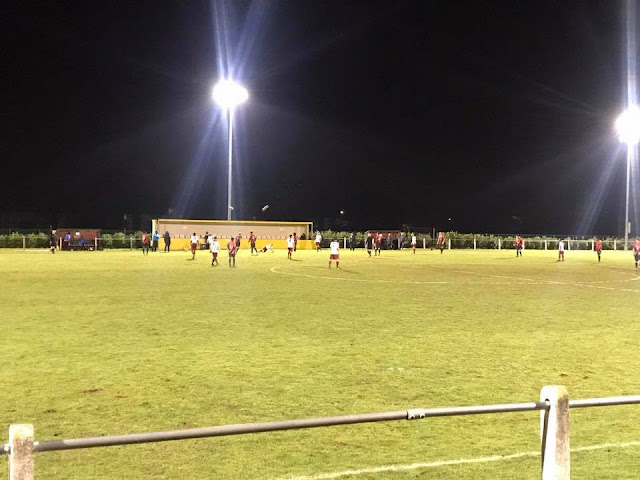 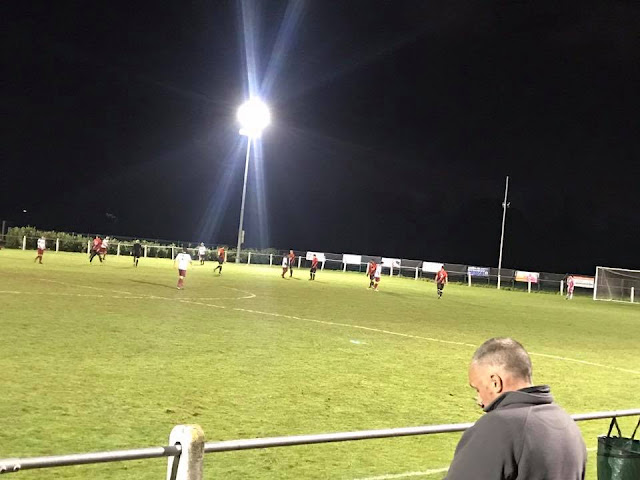 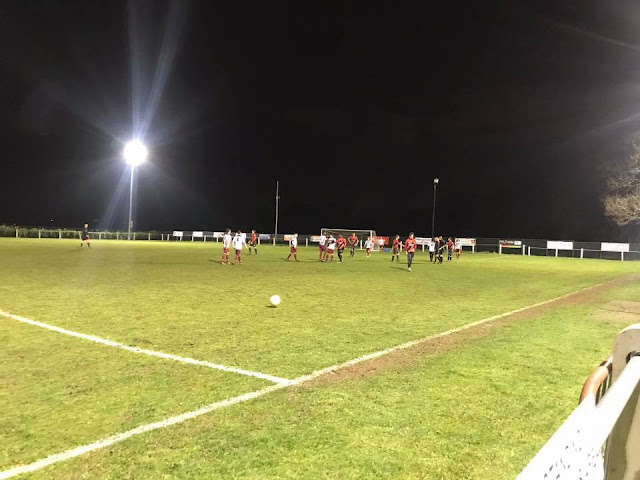